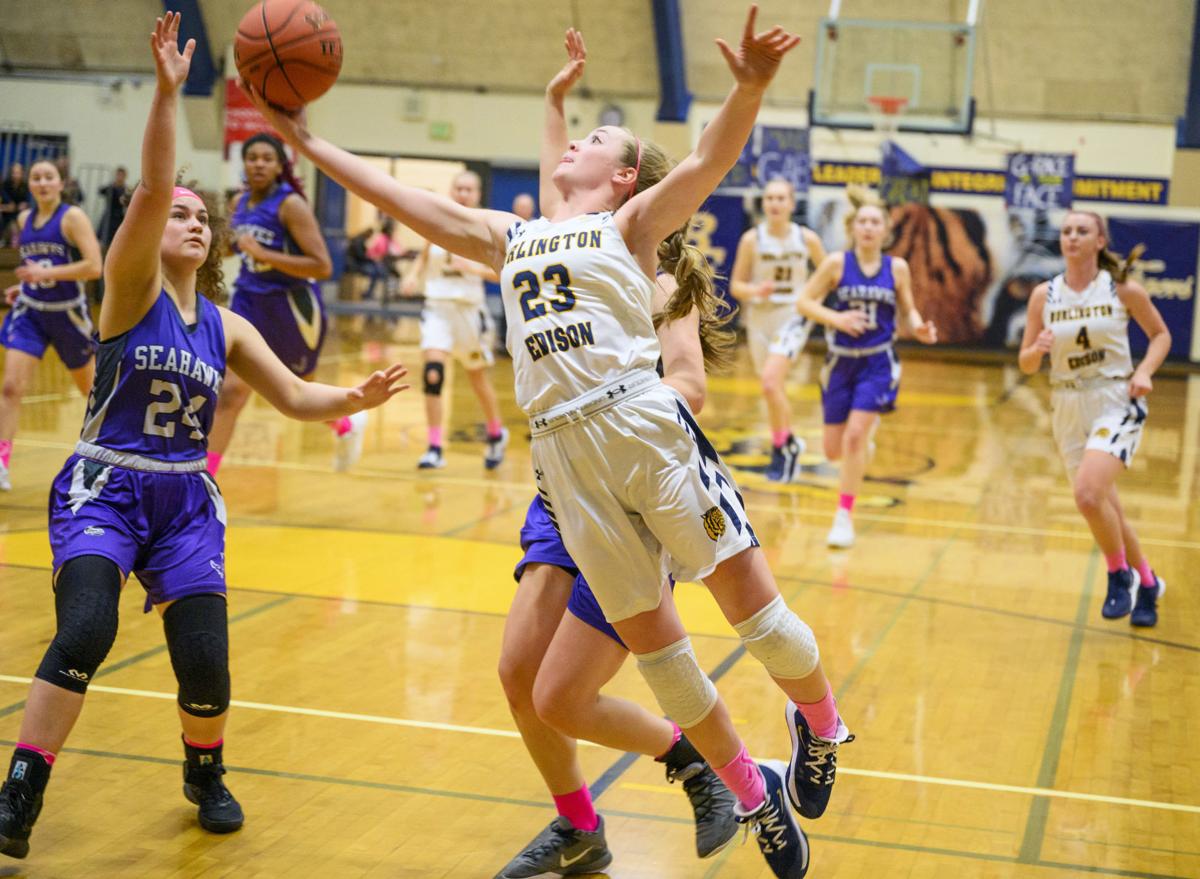 Burlington-Edison’s Amey Rainaud (23) goes to the basket on a fast break against Anacortes on Friday in Burlington. 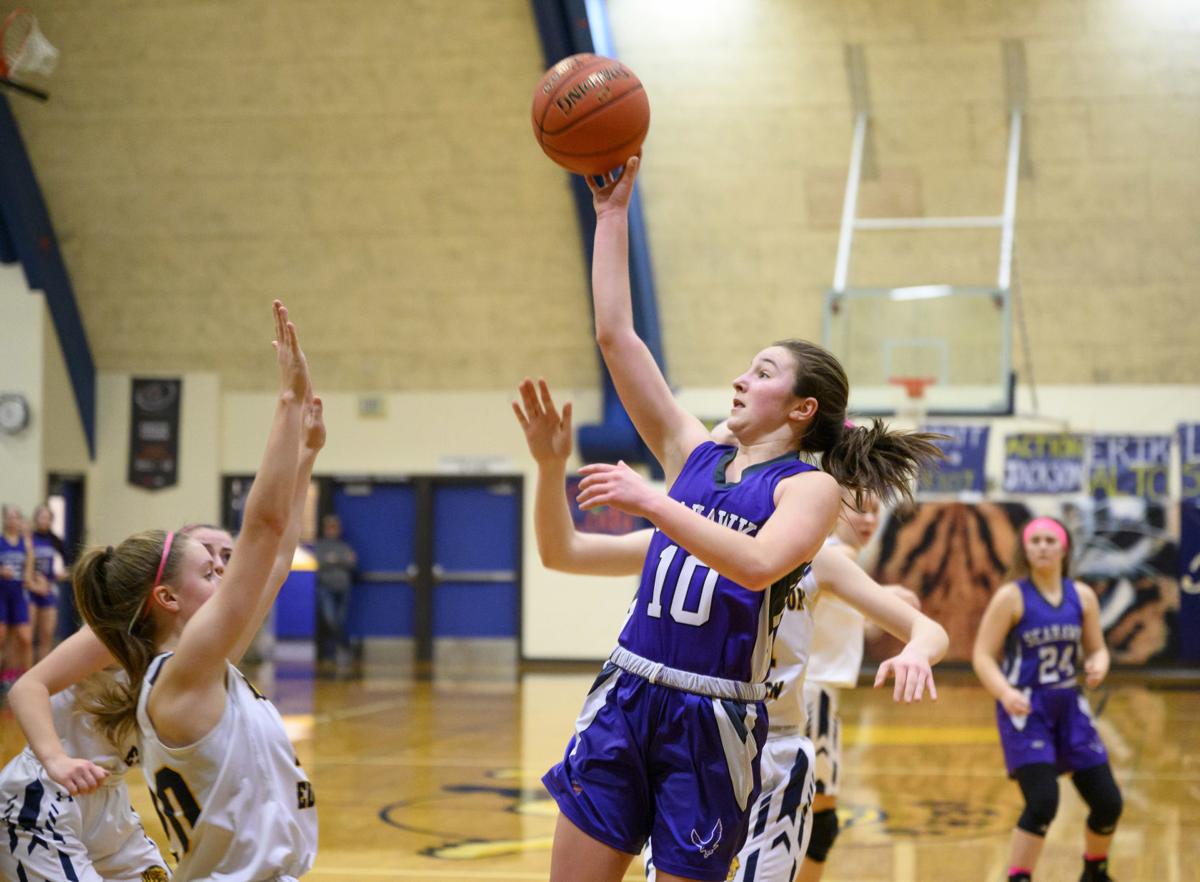 Anacortes’ Erin Kennedy takes it high against Burlington-Edison on Friday in Burlington. 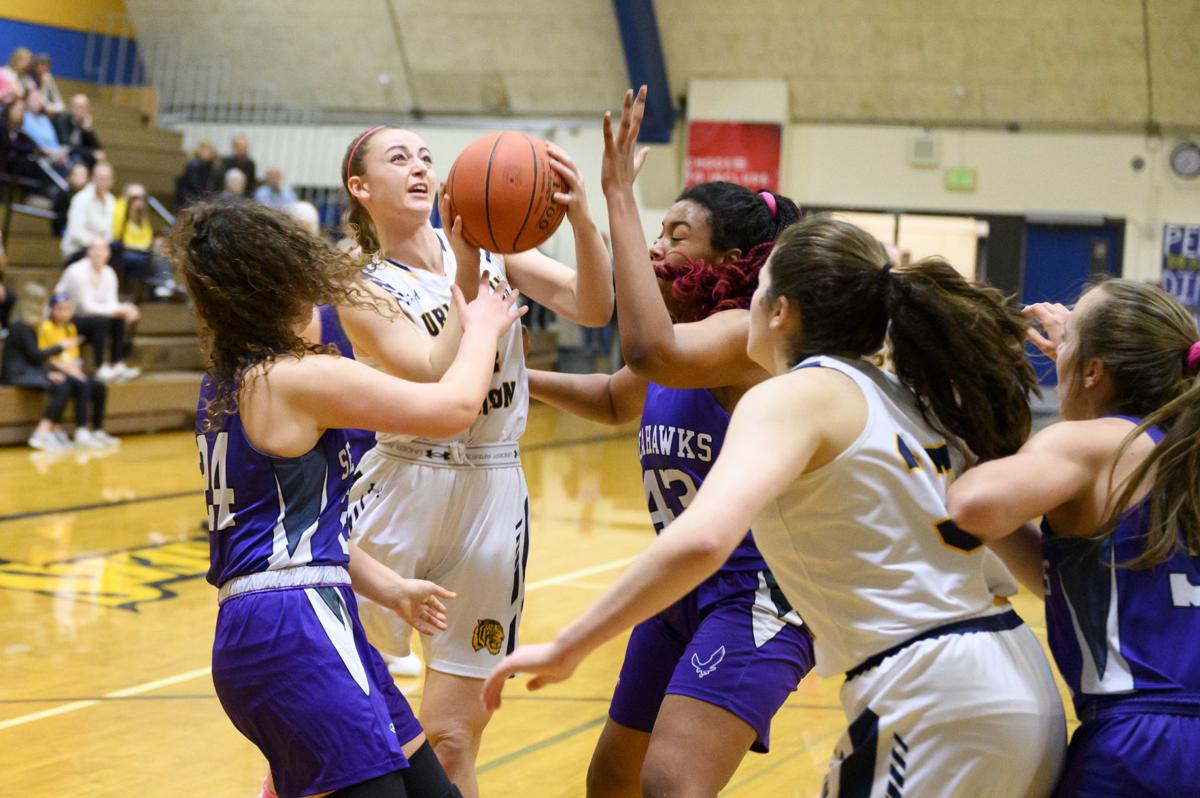 Burlington-Edison’s Katie King drives into the paint Friday against Anacortes in Burlington.

Burlington-Edison’s Amey Rainaud (23) goes to the basket on a fast break against Anacortes on Friday in Burlington.

Anacortes’ Erin Kennedy takes it high against Burlington-Edison on Friday in Burlington.

Burlington-Edison’s Katie King drives into the paint Friday against Anacortes in Burlington.

BURLINGTON — The Burlington-Edison girls’ basketball team proved too tough Friday for a Skagit County opponent as the Tigers downed Anacortes in a matchup of Northwest Conference teams.

The Tigers, however, had to recover from a rather slow start as the Seahawks led by as many as seven points in the first quarter.

“Anacortes came out with a lot of energy,” Burlington-Edison coach Brett McLeod said. “It took us into the second quarter to get going.”

The Tigers scored 31 points in the frame to take a 47-29 lead into halftime.

“We got into a flow and started hitting our shots,” McLeod said. “And we played good defense. We got contributions from a lot of players and that’s always good to see.”

“We did a better job handling pressure and their press-break initially. They’re relentless and well-coached and they played hard,” Seahawks coach Nate Dunham said.

La Conner coach Scott Novak said guards Juna Swanson and Rachel Cram played well in the second quarter to help La Conner pull away. He said the team also got good play from young players such as Harper and Katie Watkins on a night when the Braves were short-handed.

“We got off to a good start and the kids were executing the game plan well against the press and in halfcourt,” Hurricanes coach Jeff Droog said. “We got fatigued, and in that fatigue we lacked some of the awareness we’d had earlier.”

MOUNT VERNON — The Bulldogs took control of the Western 4A Conference game and cruised to the win.

Victoria Heino finished with 10 points to lead the Bulldogs (5-6, 7-9) while Halle Pelland chipped in eight points.

DARRINGTON — The Loggers wore down the injury-plagued Lions in the Northwest 2B/1B League game.

“It was a really great effort, the girls played super-hard tonight,” Lions coach Kevik Rensink said. “Darrington didn’t pull away until the end.”

FERNDALE — The Cubs were able to keep the game close for the first half, however, the Golden Eagles took flight in the second and never looked back in the Northwest Conference game.

“They just come right after you,” Sedro-Woolley coach Rene Pedroza said. “They took off in the third quarter.”

Makenna Peterson led the Cubs (1-10, 5-13) with 13 points while Heather Vanderbeek finished with 10 points to go along with 10 rebounds and Mabel Gahan scored 10 points.