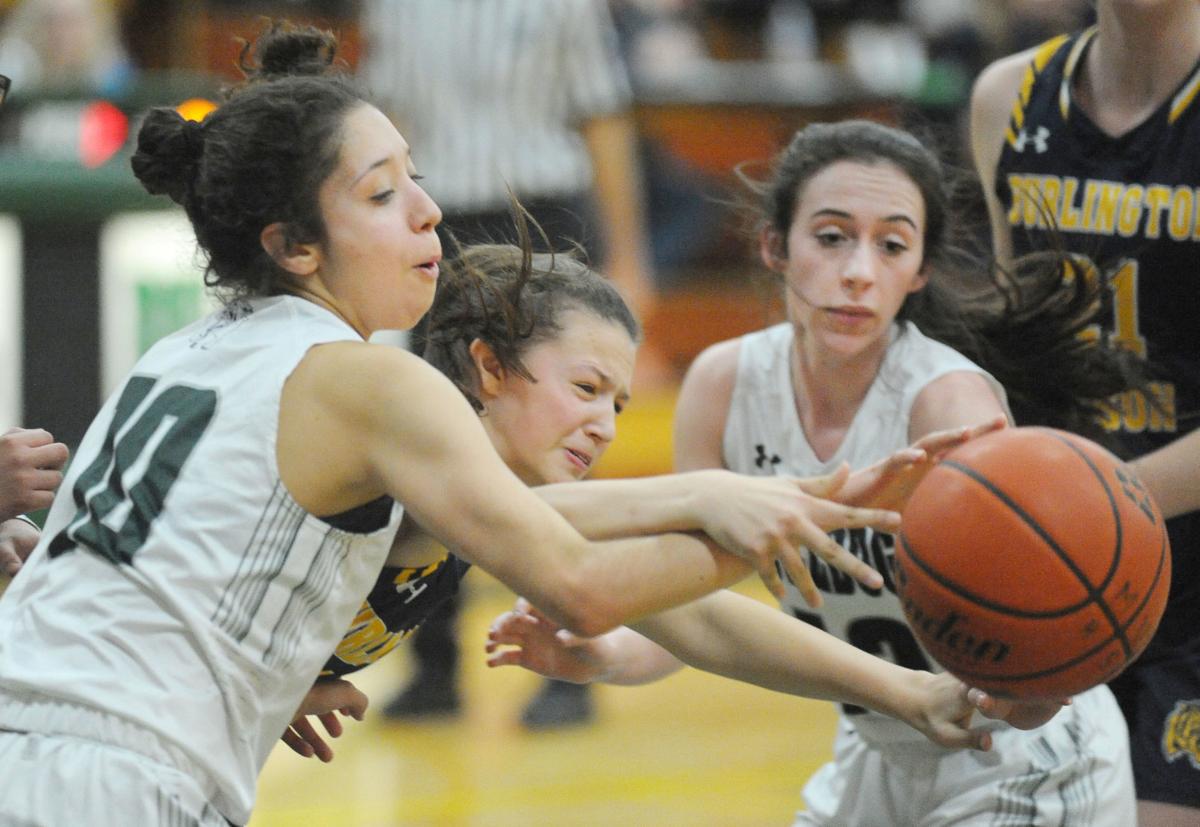 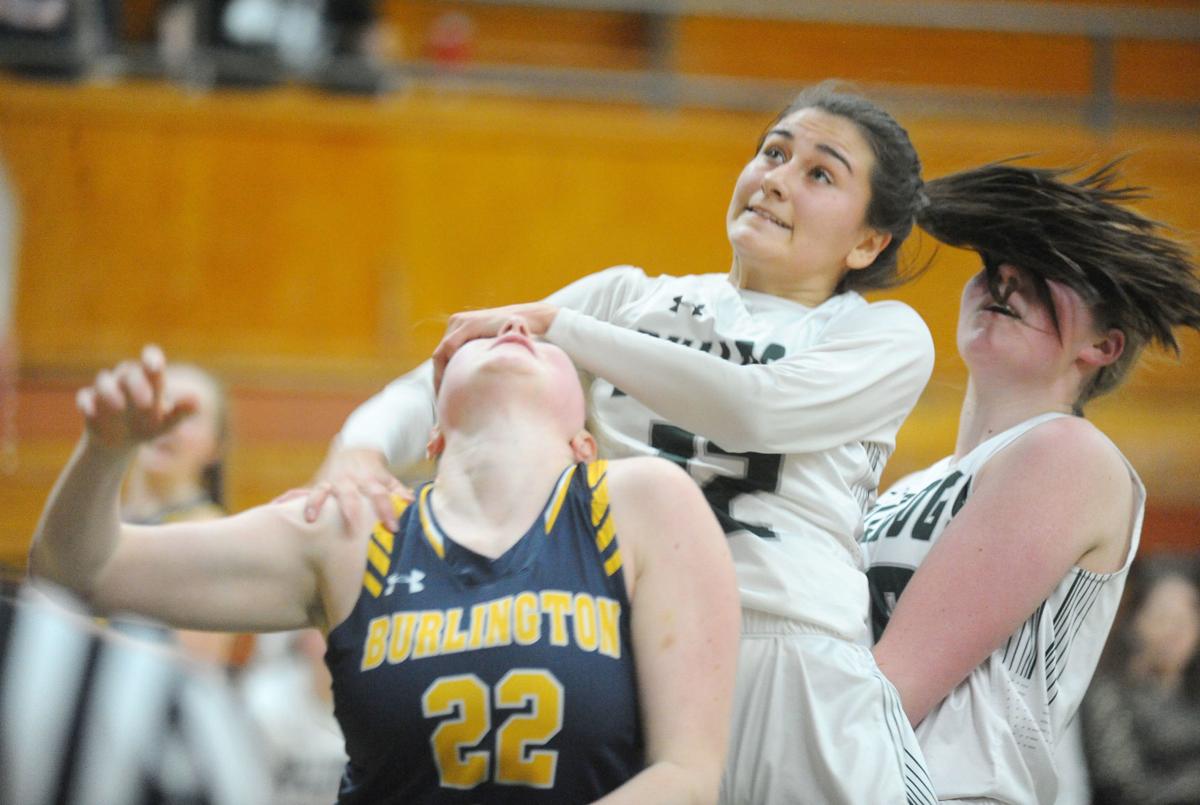 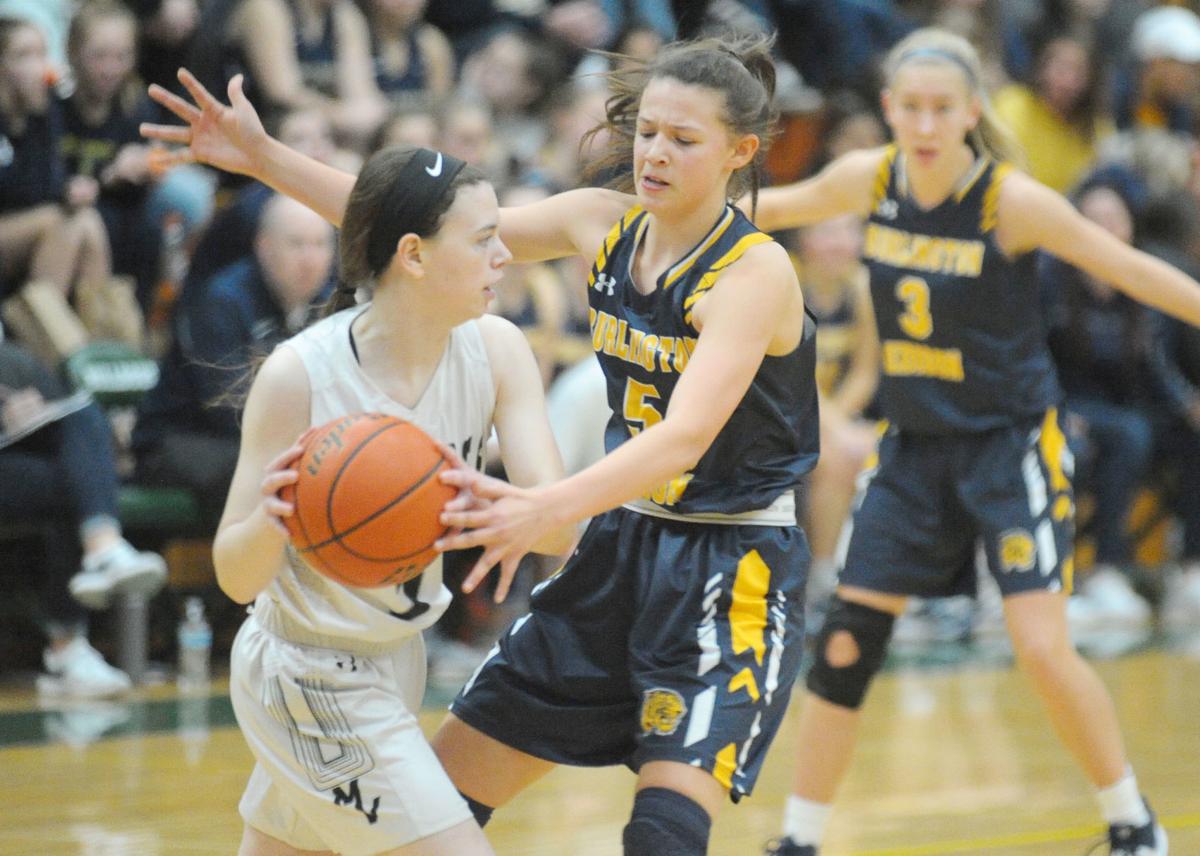 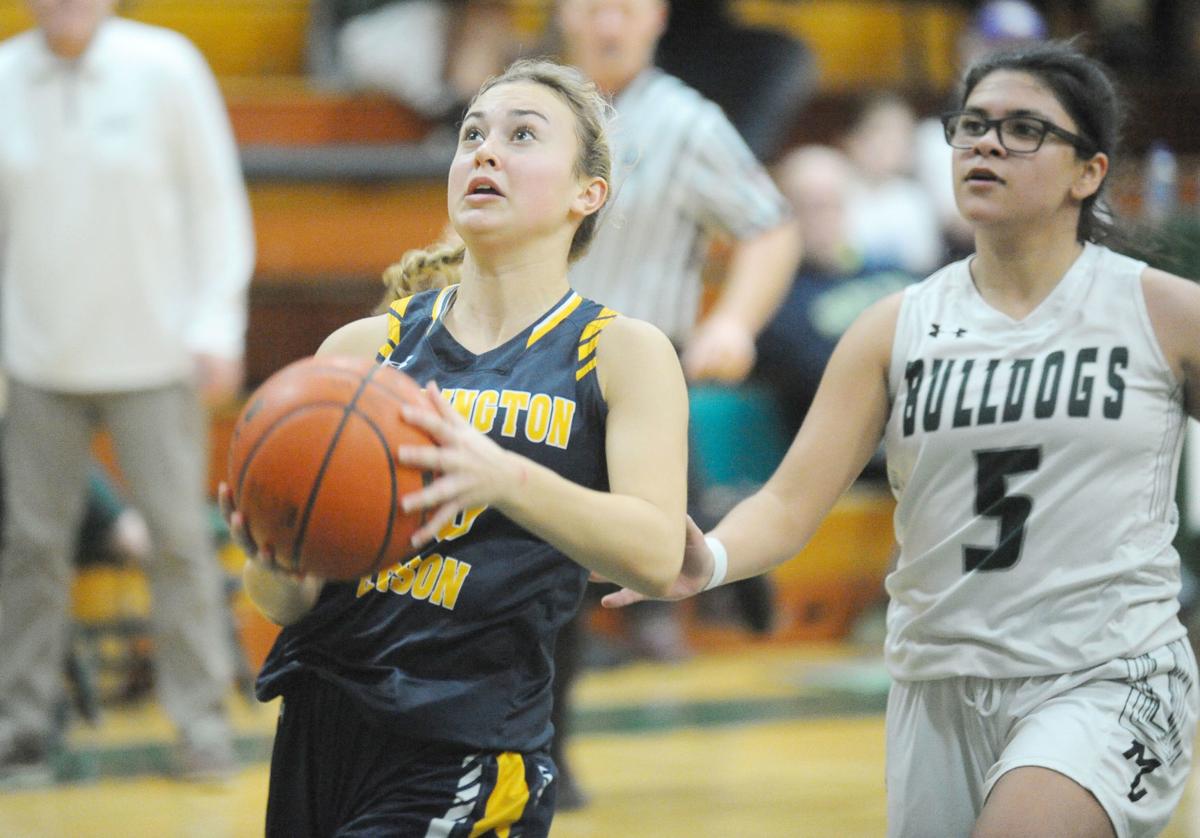 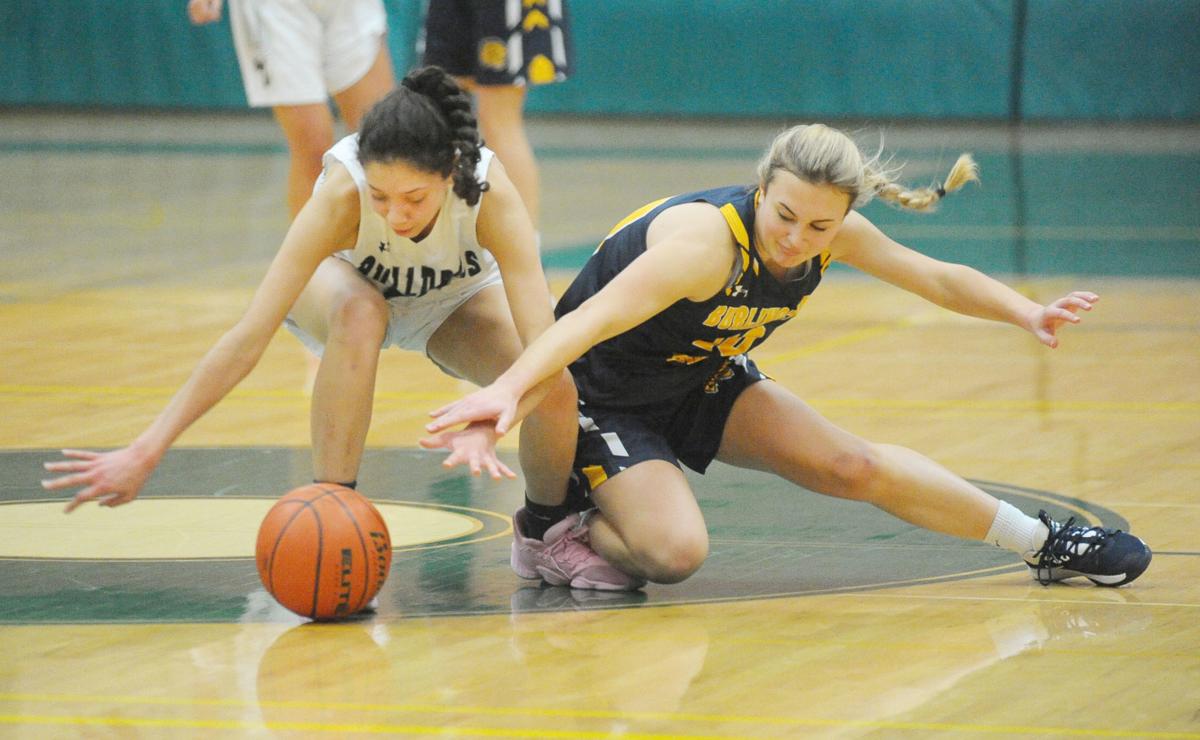 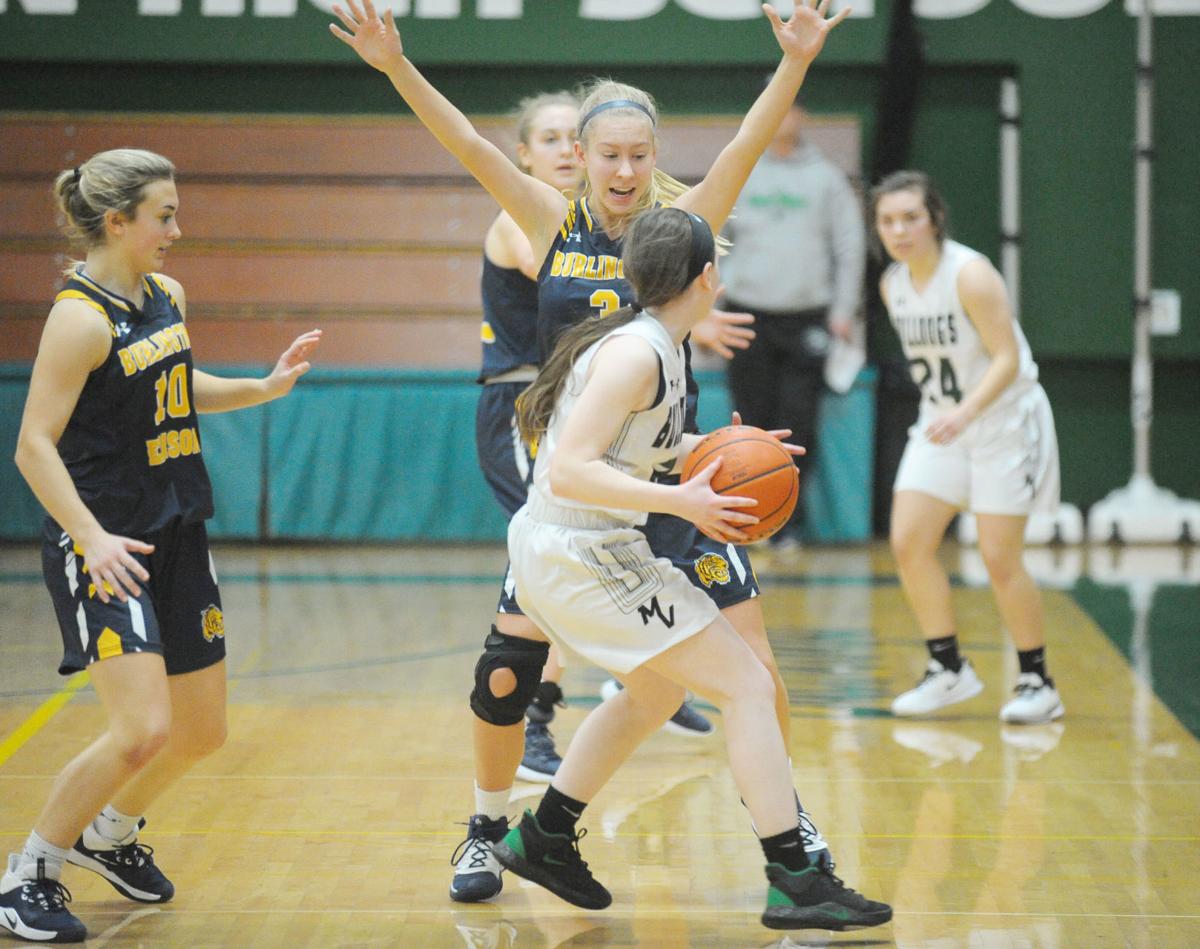 MOUNT VERNON — The Burlington-Edison girls’ basketball team played a nonleague matchup with Mount Vernon on Saturday night and proved as tough against the Bulldogs as the Tigers are against conference opponents, too.

TACOMA — Justine Benson scored 26 points, Juna Swanson had 10 points and 16 rebounds and halftime adjustments helped the Braves topple an Annie Wright team with one of the most potent scorers in the state.

Ellie Marble had 14 points and 12 rebounds and Josie Harper added 11 points for the Braves, who trailed by one point at halftime.

Annie Wright’s high-scoring guard, Julianna Walker, scored 28 points in the first half but the Braves slowed her pace in the second half. She finished with 42.

“We made her work the entire night,” La Conner coach Scott Novak said. “Morgan (Herrera) played terrific defense on her; Rachel (Cram) and Juna guarded her; and we had a lot of players on help-side defense.”

The Braves (9-2) made a few more tweaks at halftime and cut down on their turnovers against a scrappy Gators squad (5-5).

“We were attacking and getting the ball to the middle more instead of playing their game,” Novak said.

Sedro-Woolley, Burlington-Edison, Concrete at King of the Mountain

DARRINGTON — Sedro-Woolley freshman Conner Mellich was one of four Skagit County champions in the tournament, propelling the Cubs to a second-place finish.

“A lot of kids placed, it was good for our team to get down there and wrestle different competition. There were some darn good kids there you don’t normally see,” Cubs coach Brady Mast said.

SNOHOMISH — Tate Cavanaugh earned a tie for third place in the 170-pound class. He pinned Auburn’s Ronnie Labranche Mairs in less than a minute to earn the place.

“Tate wrestled the best I’ve seen all season. He’s been working hard to get where he wants to be in terms of weight and technique and it’s showing. He looked fantastic today,” Burlington-Edison coach Kip Jones said.

ARLINGTON — A pair of titles helped boost the Tigers to fourth overall at the tournament.

Burlington-Edison’s Emma Fleury won the title at 170 pounds and Cora Orton was the champ at 125. In other action, the Tigers’ Chloe Myers placed second at 110, Briah O’Bryant was third at 120, Katie Sanders was third at 140 and Kaliana Bill was fifth at 155.

KELSO —The Cubs’ Eleanor Fair capped her stint in the competitive tournament with a pin in the third-place match at 190 pounds.

Fair pinned Camas wrestler Autumn Aho in the first round. She had pinned her opponent in three straight matches to reach the semifinals before losing there; she responded with two more pins, including the place-clinching win over Aho.