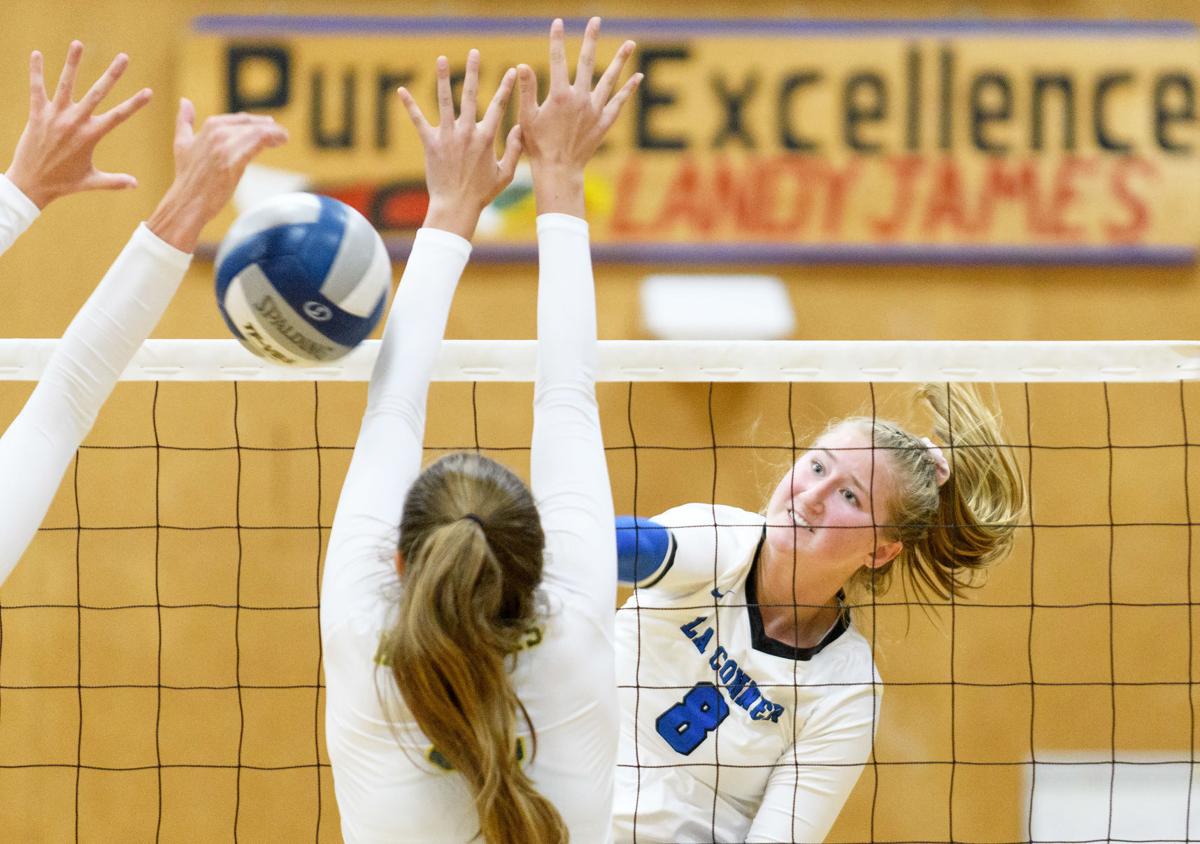 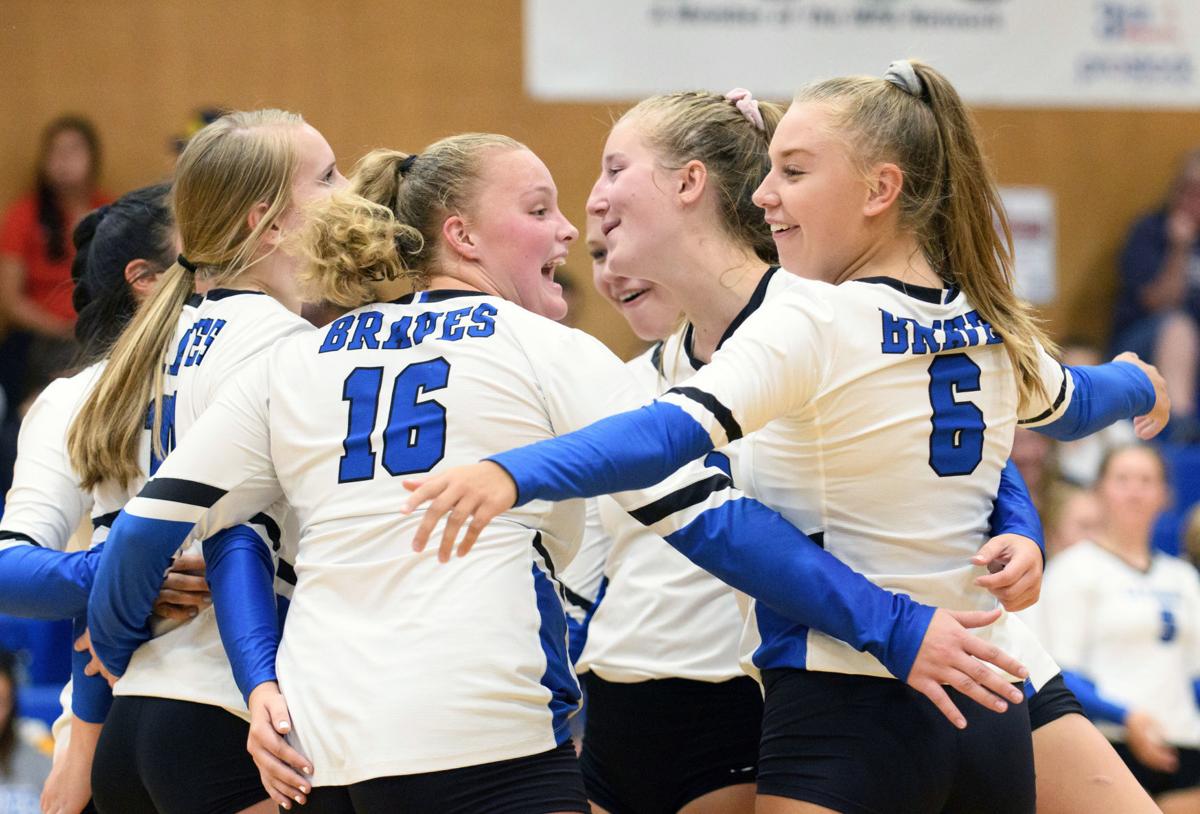 The Braves celebrate after a point Tuesday against Sehome. 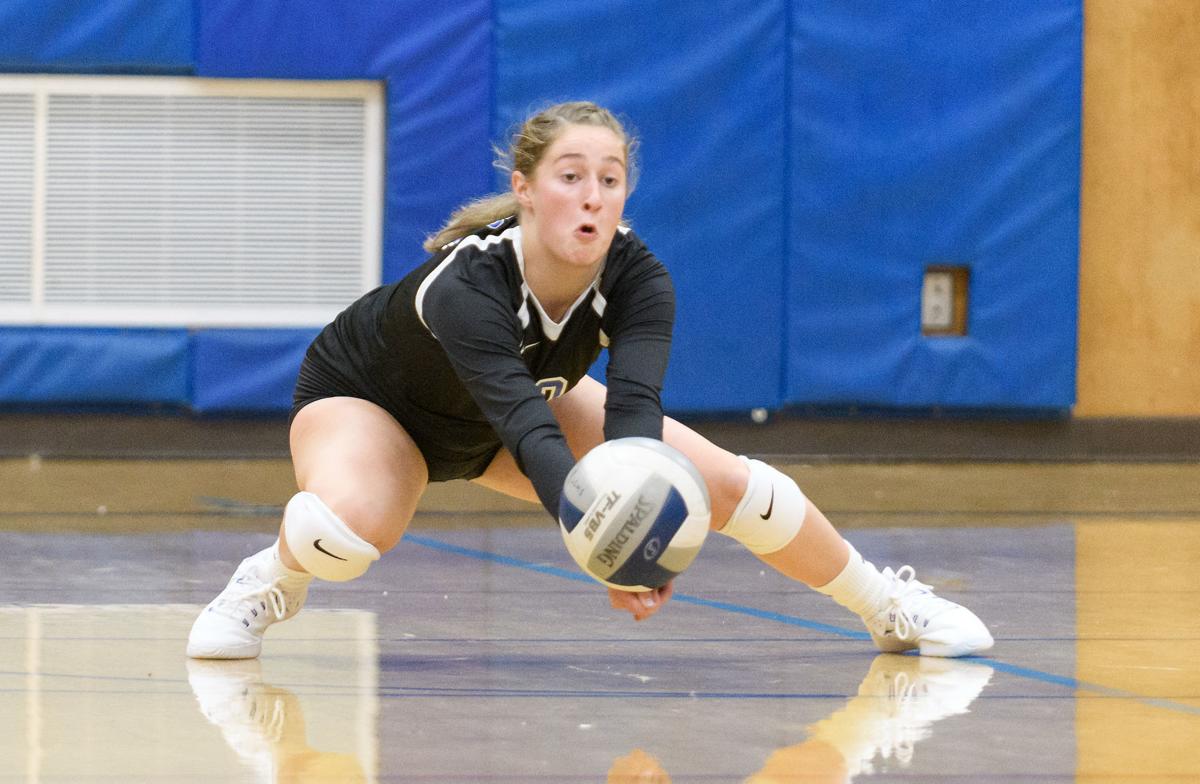 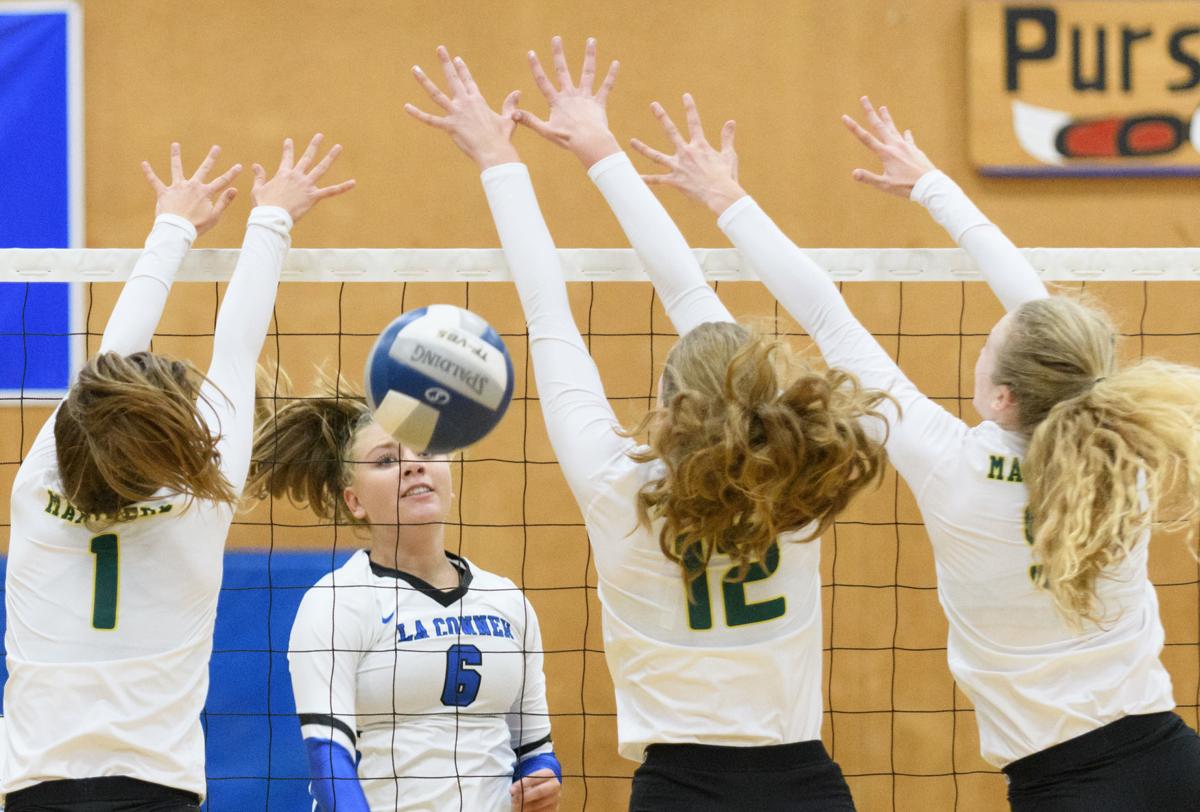 La Conner's Joannie Benson goes for a kill through the Sehome block on Tuesday night.

The Braves celebrate after a point Tuesday against Sehome.

La Conner's Joannie Benson goes for a kill through the Sehome block on Tuesday night.

LA CONNER — La Conner coach Suzanne Marble said the crowd for Tuesday’s season-opening match was one of the best she’s seen in the past 10 years.

The Braves made sure they sent their fans home happy.

“I couldn’t be more pleased with everything tonight,” Suzanne Marble said.

Marble said a quick start was key to the win.

“We just got a really quick jumpstart (in the first set).” she said.

La Conner served 96% for the match.

The match was postponed. The Lions will open their season at home Thursday against Chimacum.

ANACORTES — A young Seahawks team bested the Royals in the nonconference match.

“We had a lot of freshmen out there,” Anacortes coach Gretchen Hansen said. “They really impressed me. They went out there and played with confidence.”

After falling down 1-0, the Seahawks rallied back for the tie when Abby Schnabel scored off a corner kick in the 13th minute.

In the 35th minute, Camryn Kerr scored off an assist from Erin Kennedy.

In the second half, it was Kerr scoring the game-winner off a free kick from Samantha Dziminowicz.

Goalkeeper Claire Schnabel had 22 saves for the Seahawks.

LA CONNER — The Braves had little trouble finding the net against the Pioneers in the nonleague match.

“It was a great game,” La Conner coach Christian Warman said. “Especially considering the inexperience they have when it comes to playing with each other. It was a good win.”

Delany Cobbs scored twice for the Braves, while Jenna Rudig, Riley Banaszak and Addie Reinstra each scored a goal.

“Chloe Cunningham made a couple of great saves in goal,” Warman said. “Our entire back line in general played a great game.”

SEDRO-WOOLLEY — The Knights scored twice in the first half of the nonconference game.

“We lost to a good Kings squad tonight,” Sedro-Woolley coach Gary Warman said. “We are a bit of a M.A.S.H. unit right now. While injuries aren’t an excuse, they certainly hindered our play in all thirds of the field.”

Warman highlighted the play of Anna Rutherford who he said, “had a splendid showing tonight.”

BOTHELL — Mount Vernon Christian coach John Burmeister said the Hurricanes came away from the matchup with the Class 1A opponent with some things to work on.

“We all have to start rowing in the right direction, and we’ll start working tomorrow on offense and defensive structure,” he said.

ARLINGTON — The nonconference game was scoreless at the half.

In the second half, the Bulldogs made changes to rest starters for conference play, and that proved to be the difference.

“Arlington is a very physical team,” Mount Vernon coach Rene Caro said. “They have a lot of very good players.”

Despite the loss, Caro liked what he saw from several players including Mesha Quezada and Jenna Mills.

BURLINGTON — The Tigers have players in new spots, but looked like focused veterans in their first matchup of the season.

“It was good to get out against opponents that weren’t our teammates,” Tigers coach Ryan Wallace said. “I thought the team did an awesome job.”

He said he was especially pleased by the play of Fox, who dropped the first set but came back for the win.

ANACORTES — The Seahawks proved tough at home with a shutout of Northwest Conference foe Lakewood.