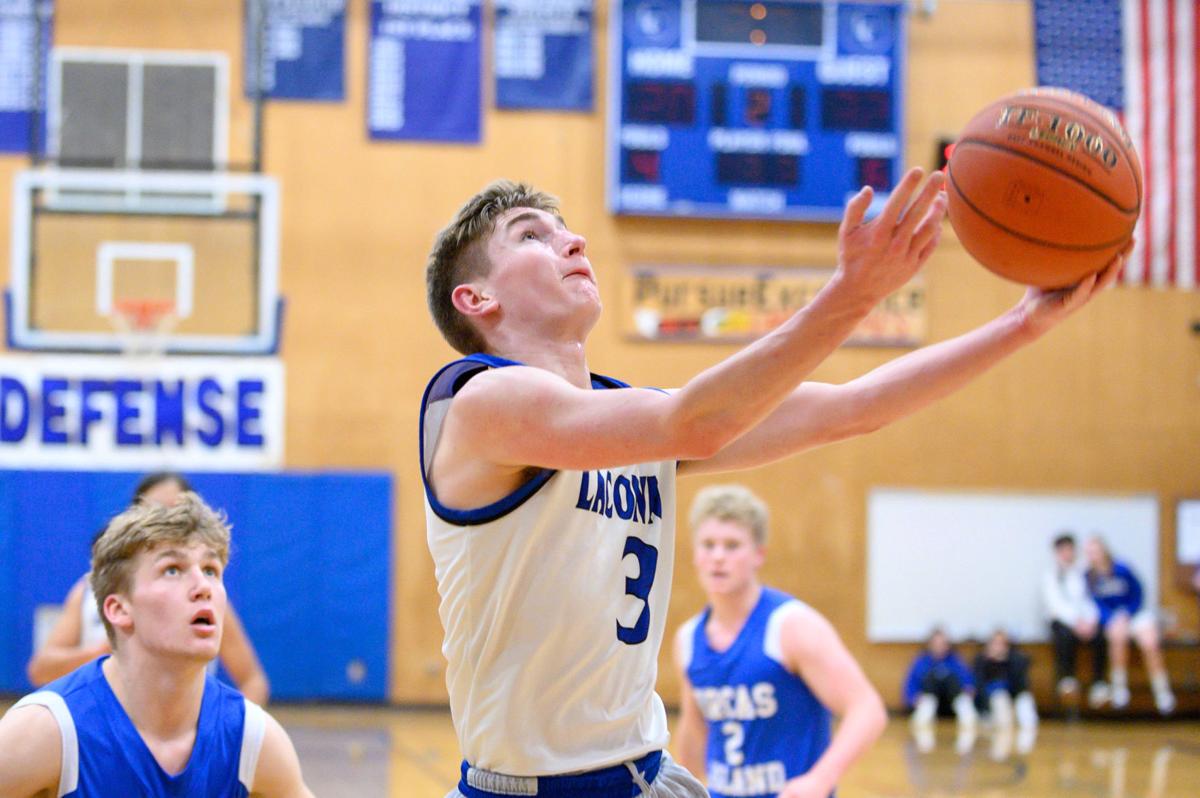 La Conner’s Charlie Cram goes up for a layup Wednesday against Orcas Island. 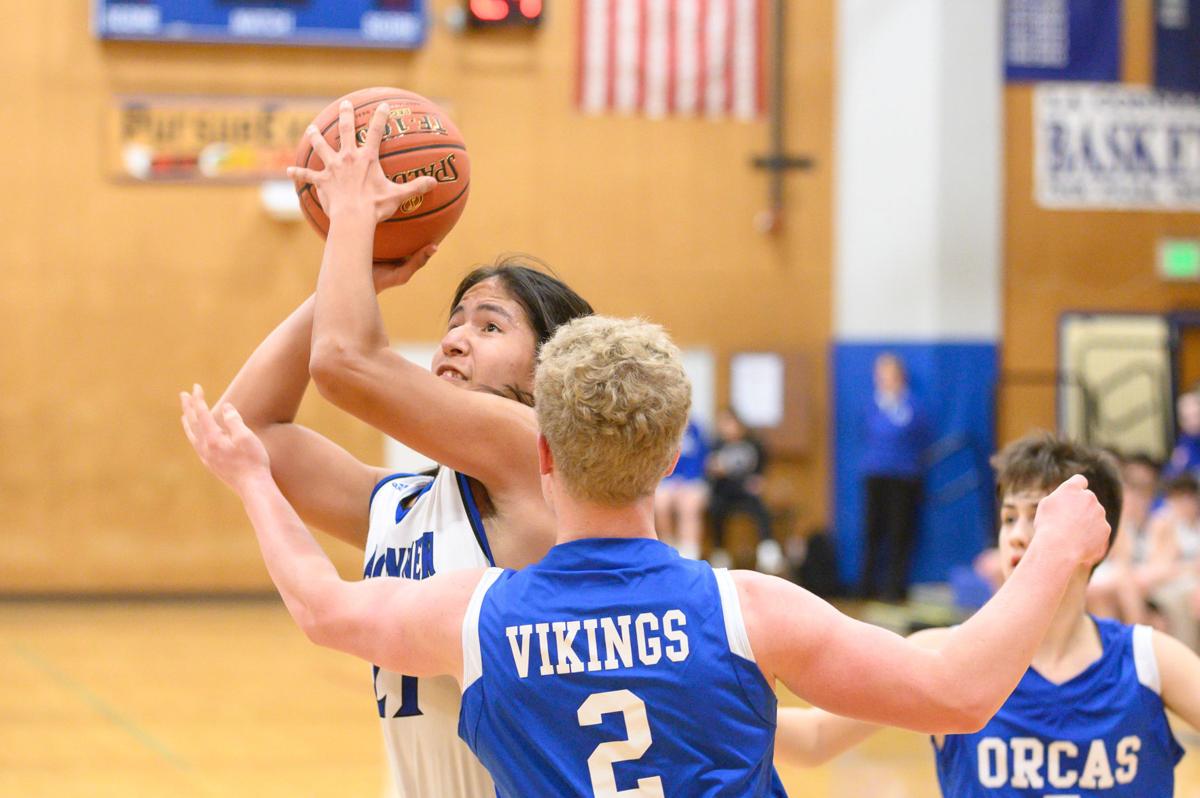 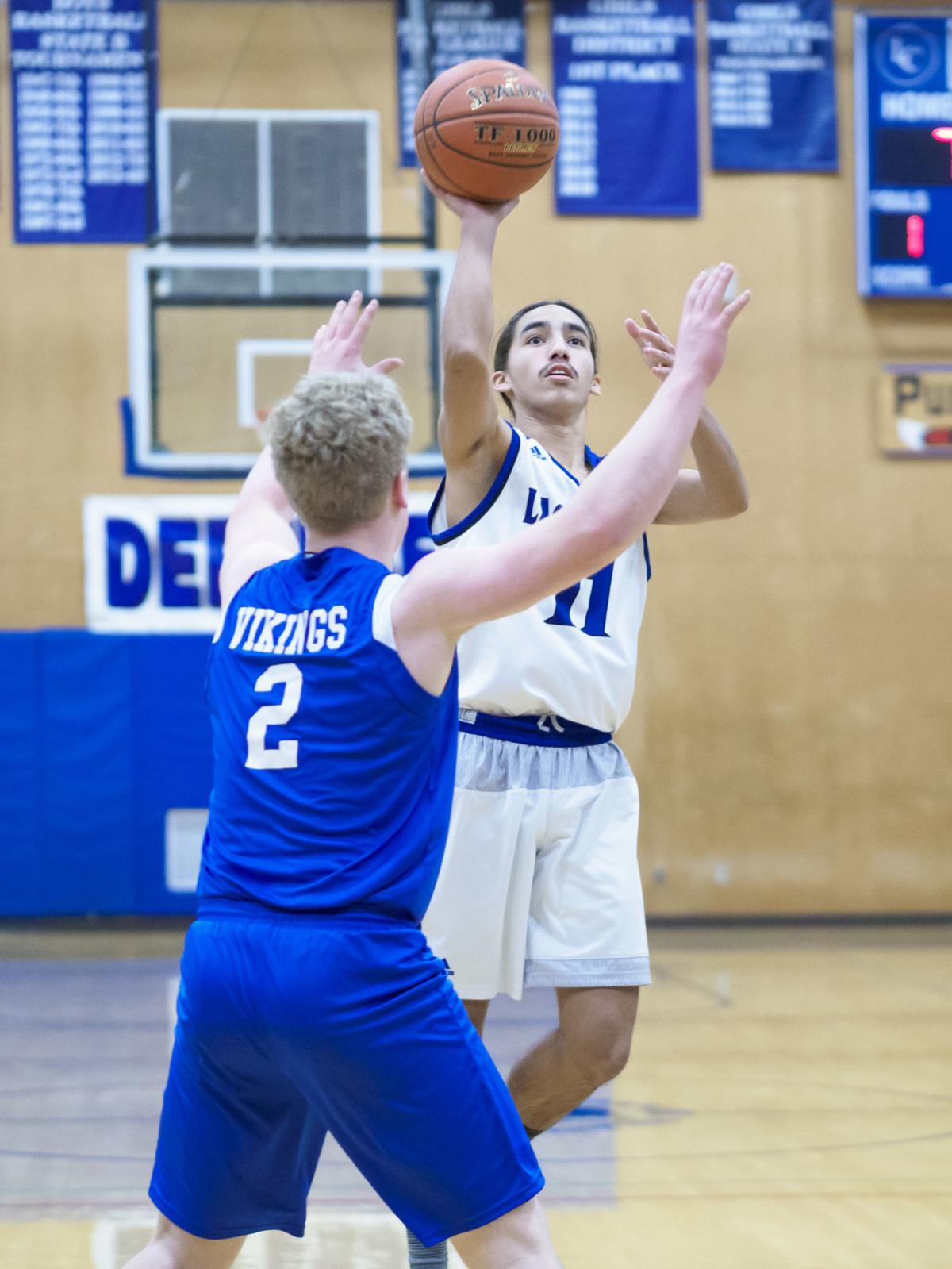 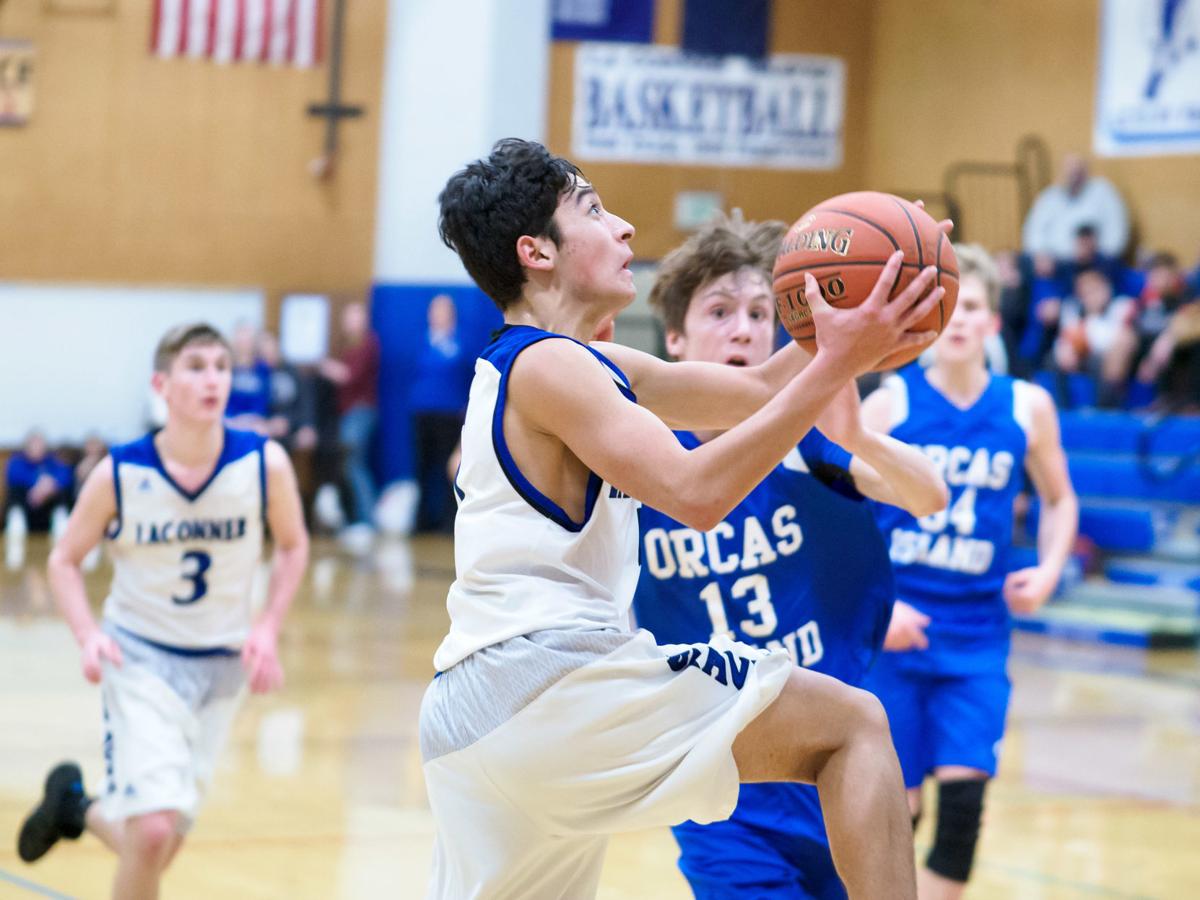 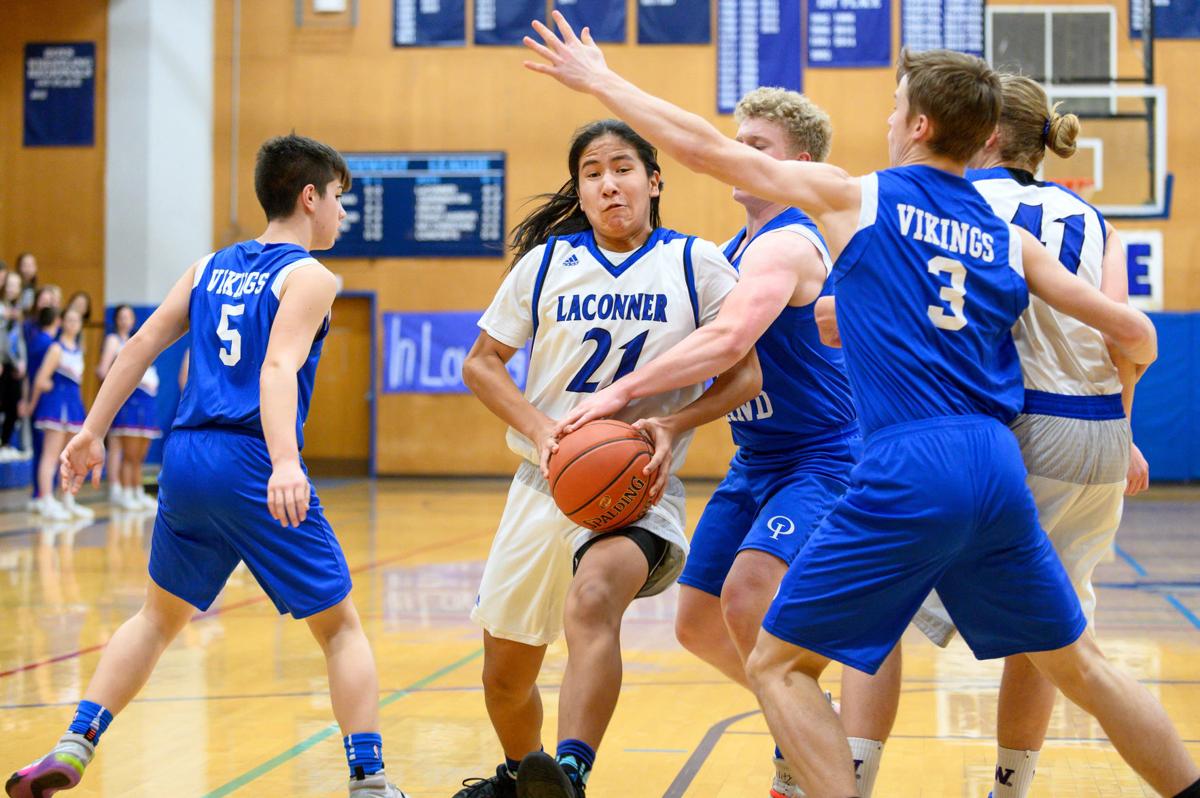 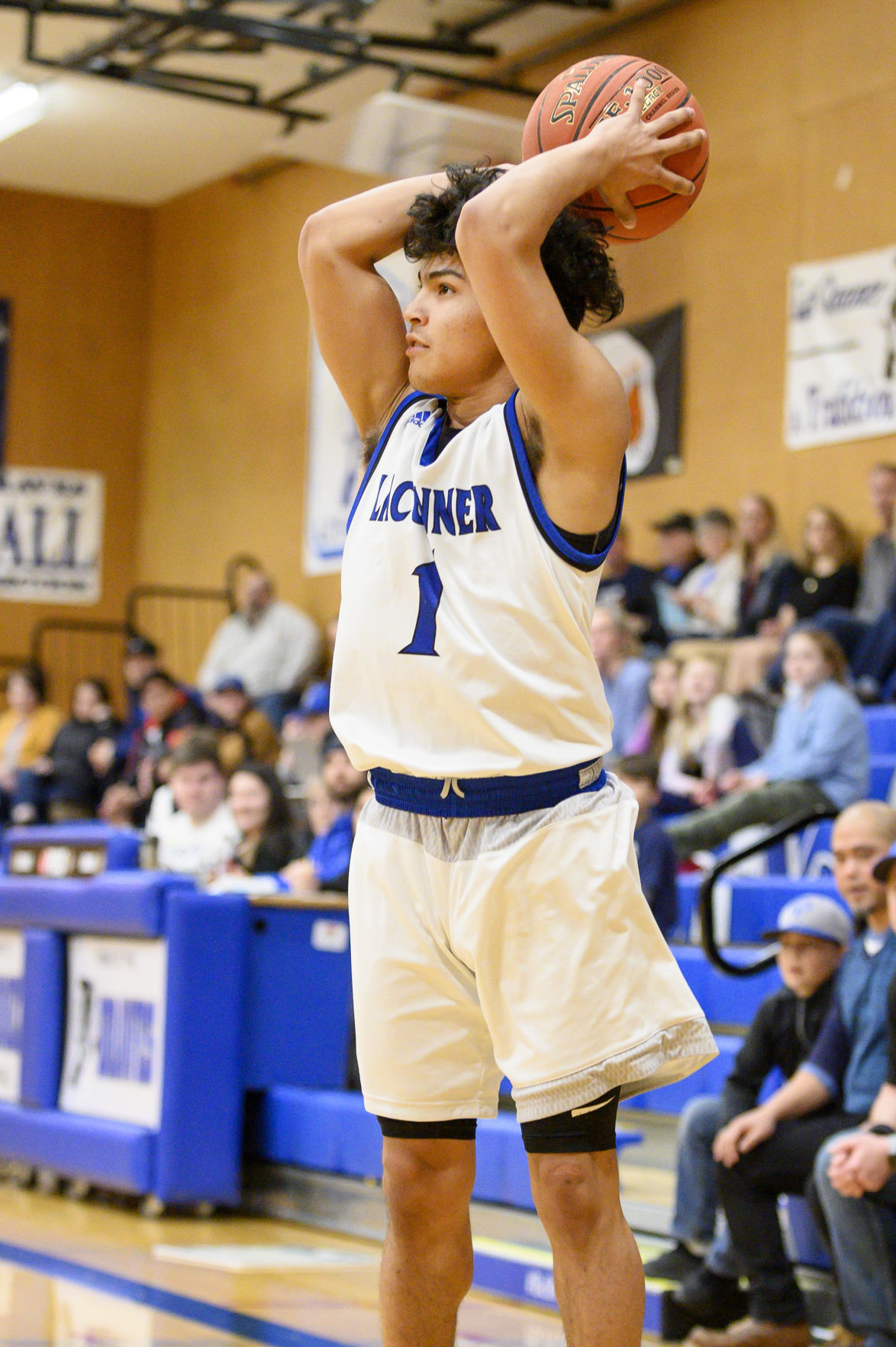 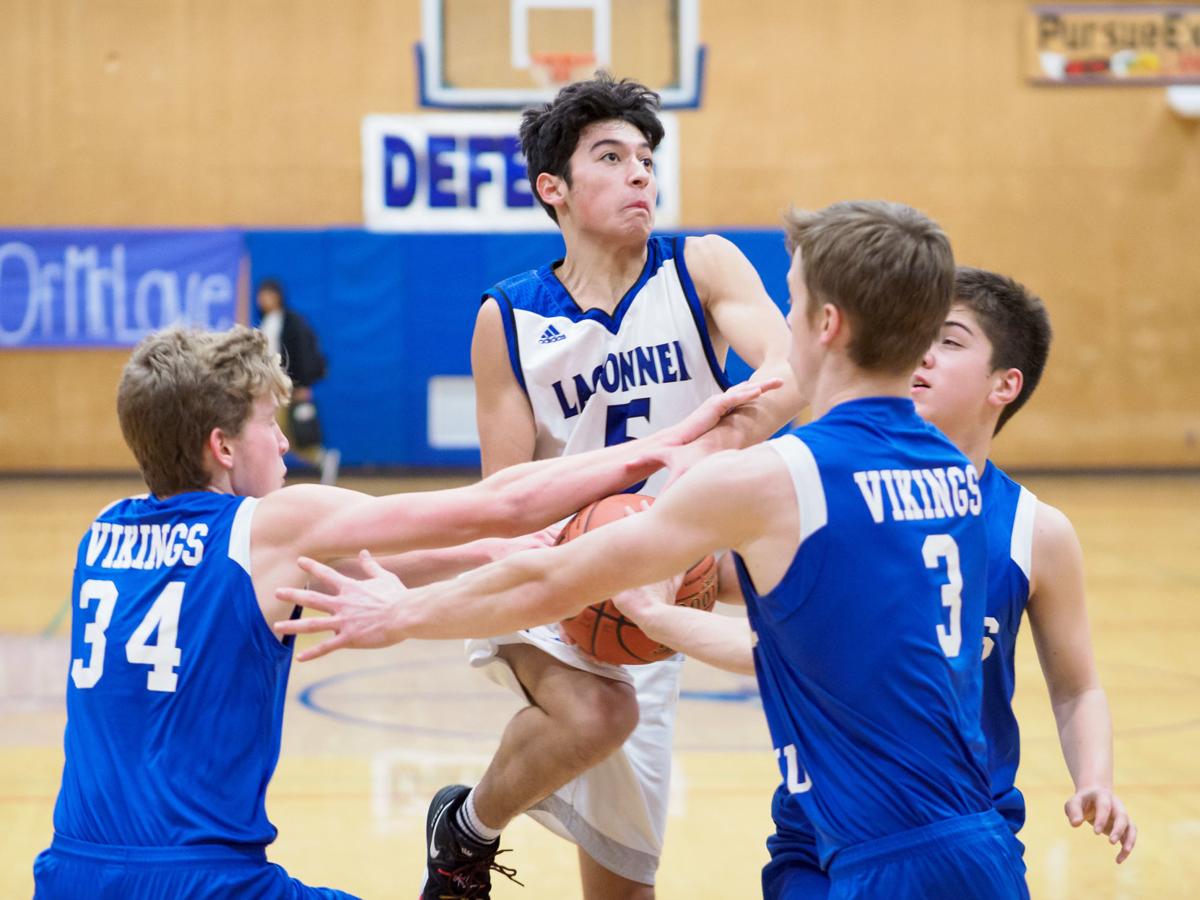 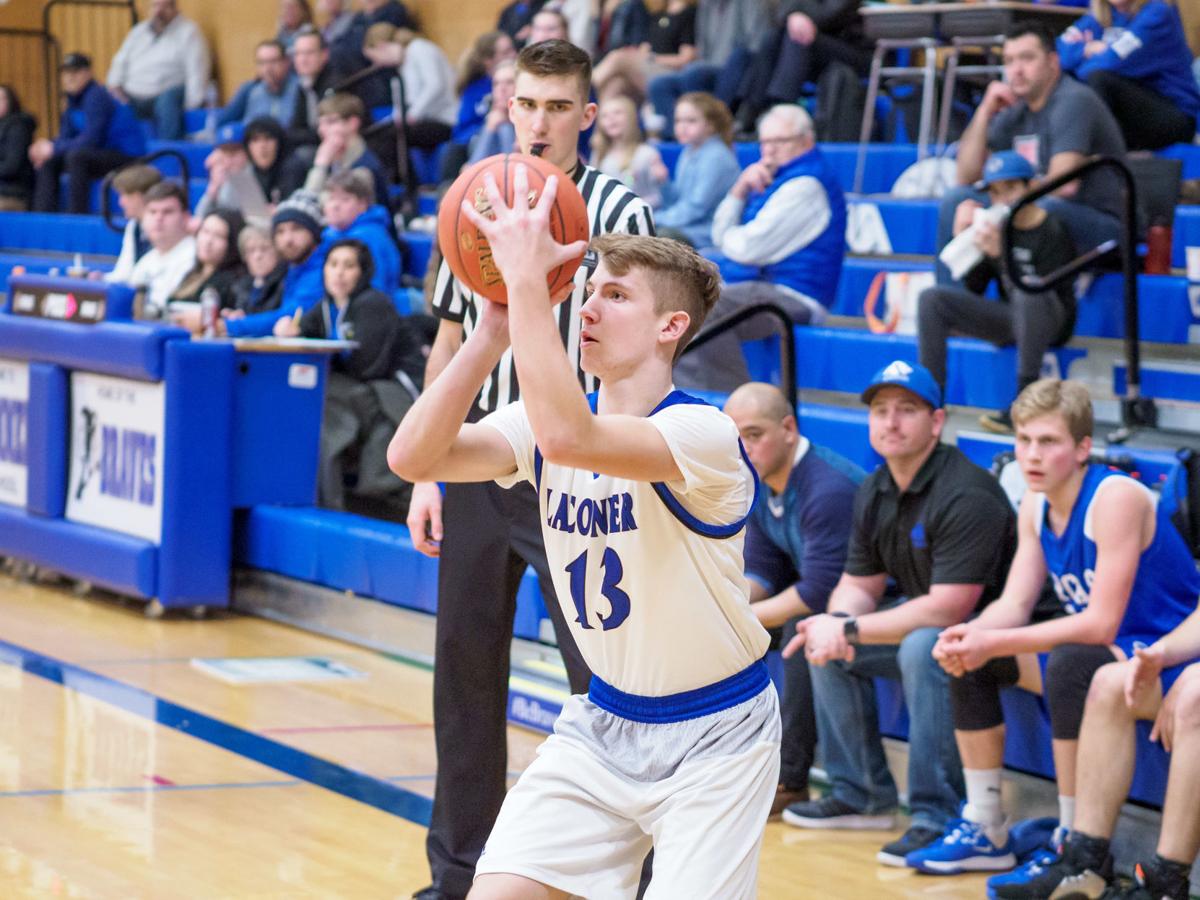 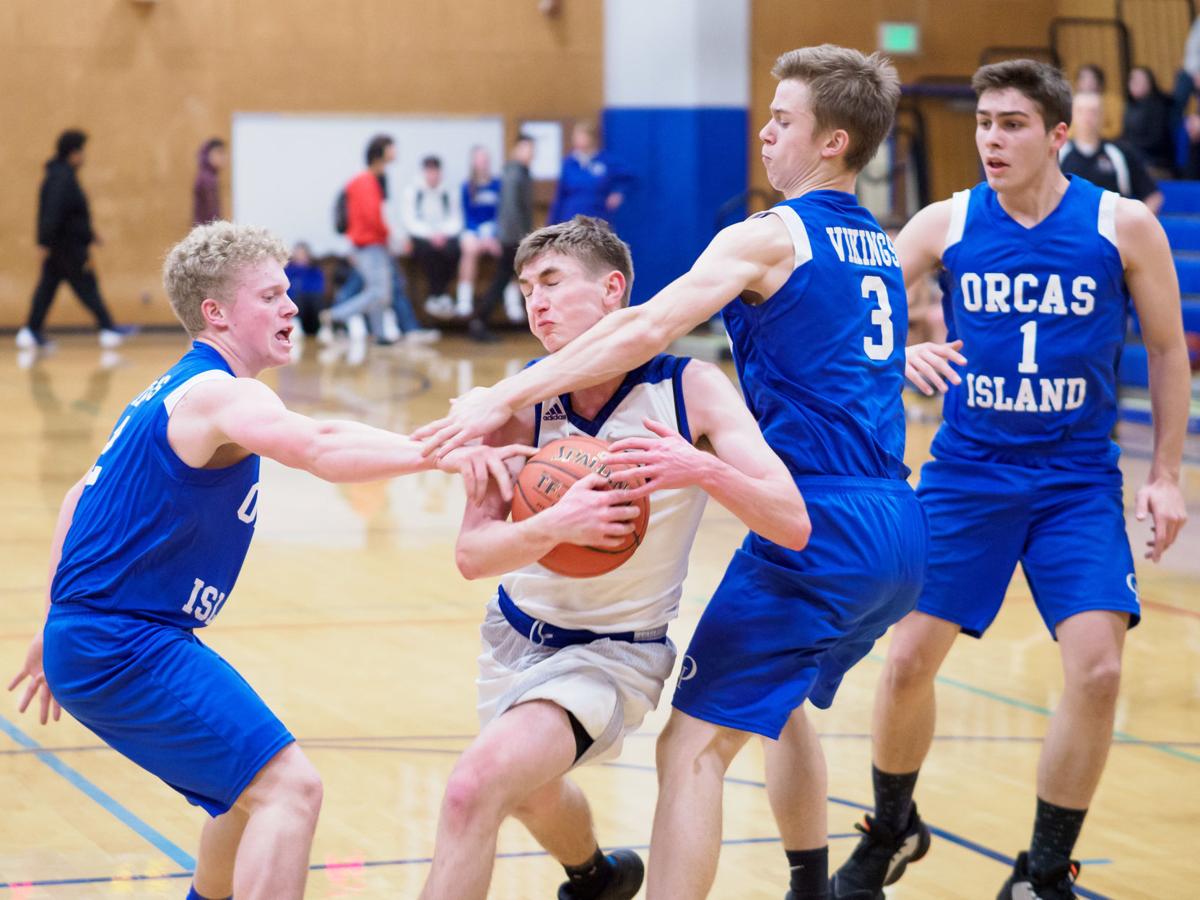 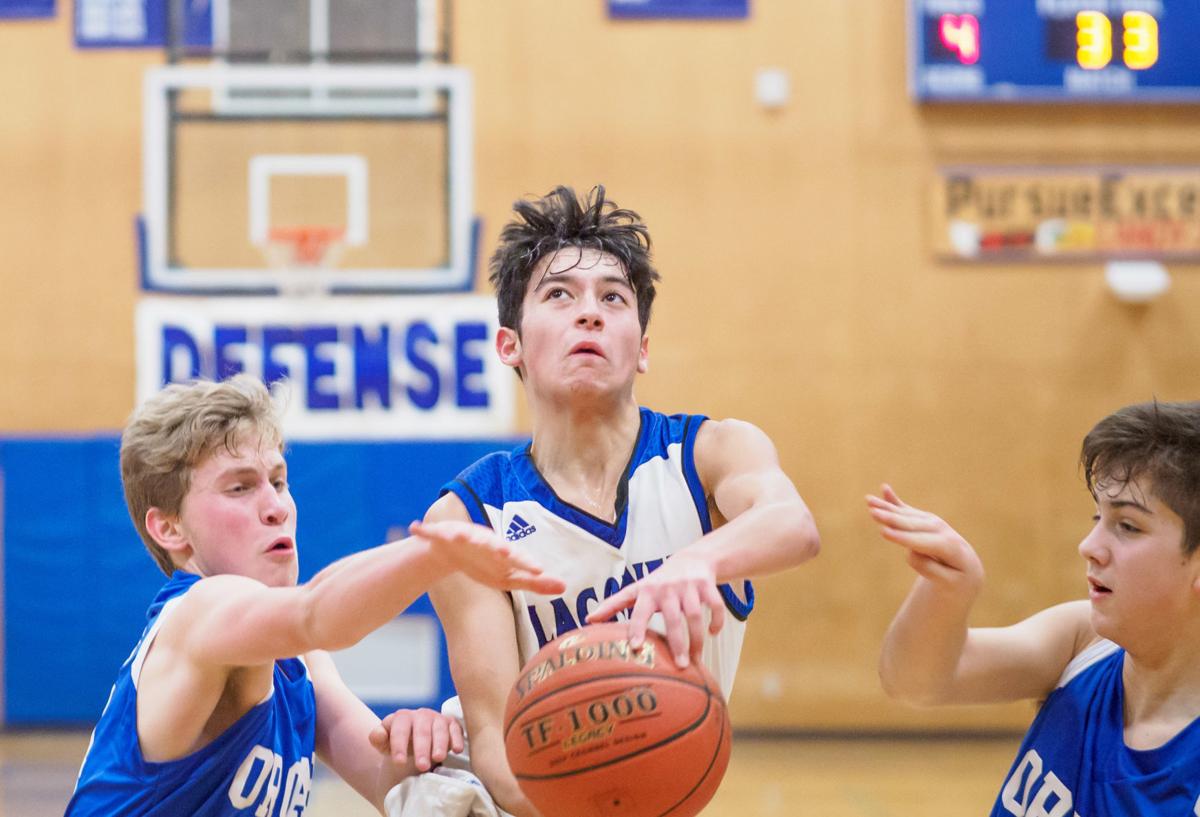 La Conner’s Charlie Cram goes up for a layup Wednesday against Orcas Island.

The freshman scored a team-high 15 points and pulled down 11 rebounds in a 76-57 loss to the Vikings.

“We couldn’t do anything with the ball,” he said. “They’re a really well-coached team.”

MOUNT VERNON — Isaiah Brown scored 31 points and Carlos Garcia added 10 points as the Bulldogs topped the Bearcats to improve to 4-6 in the Western 4A Conference and 8-8 overall.

“One thing that stood out is we made the extra pass,” Braves coach Scott Novak said. “We passed the good shot up for the great shot.”

Juna Swanson added 10 points for the Braves, who play at Mount Vernon Christian on Friday.

SEDRO-WOOLLEY — Makenna Peterson had eight points and 10 rebounds but the Cubs struggled to score in the Northwest Conference clash.

“We struggled tonight shooting and putting the ball in the hoop. That’s what hurt us tonight,” Sedro-Woolley coach Rene Pedroza said.

He said Meridian outscored the Cubs 21-6 in the second quarter.

Despite the loss, he said he liked the effort he saw from his team.

“The girls are playing hard,” he said.

CONCRETE — The Tigers came out on top in the nonleague matchup as the Lions faced their second opponent in as many days.

Concrete coach Kevik Rensink said he was pleased with how hard the Lions played on the second game in a back-to-back.

“Their effort is never in question,” he said.

BELLINGHAM — Xander Neilsen (132 pounds), Grady Cook (126) and Tate Cavanaugh (170) both got two victories for the Tigers in the final tuneup before the postseason.

“It was a good opportunity for us to see where we have to improve,” Burlington-Edison coach Kip Jones said.

“I’m proud of how they wrestled,” he said.