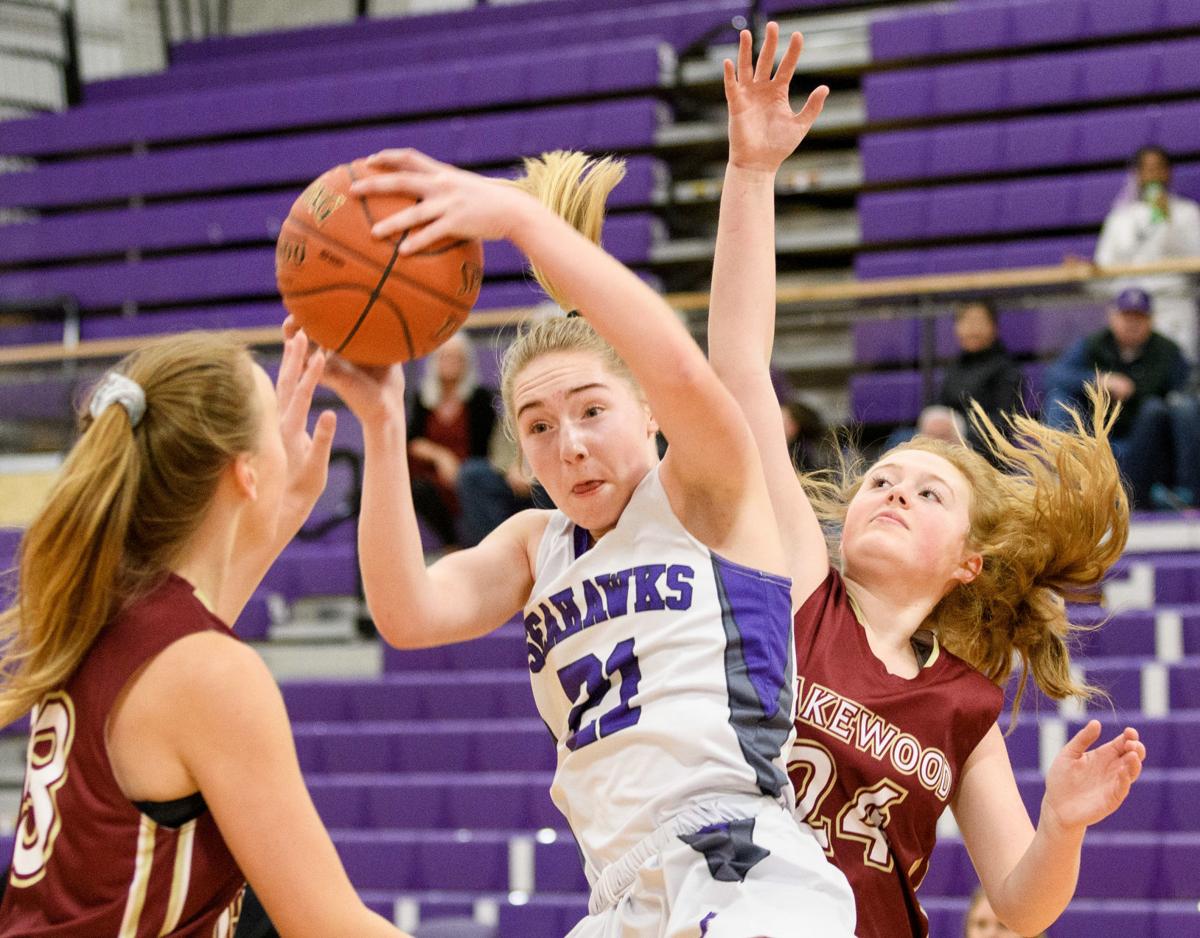 Anacortes’ Camryn Kerr comes down with an offensive rebound Tuesday against Lakewood. 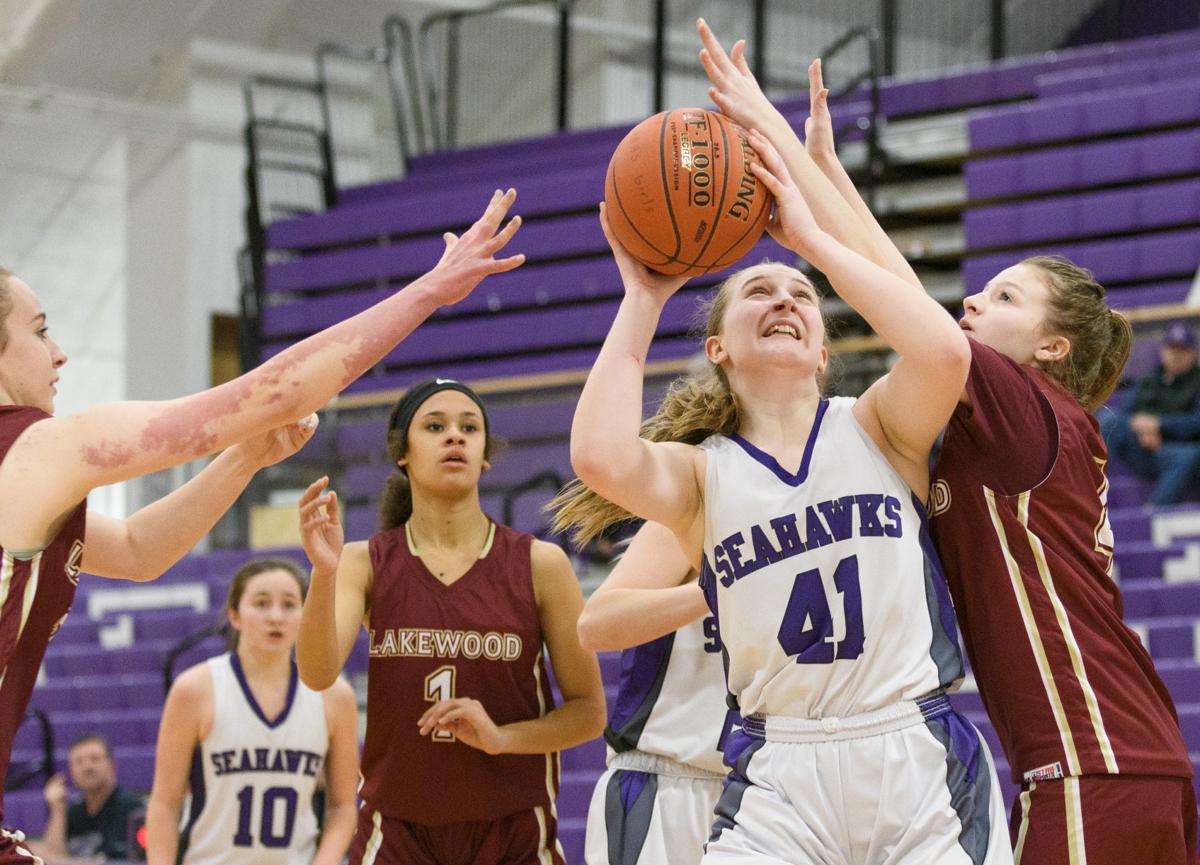 Anacortes' Alina Johnson goes up for a shot Tuesday against Lakewood. 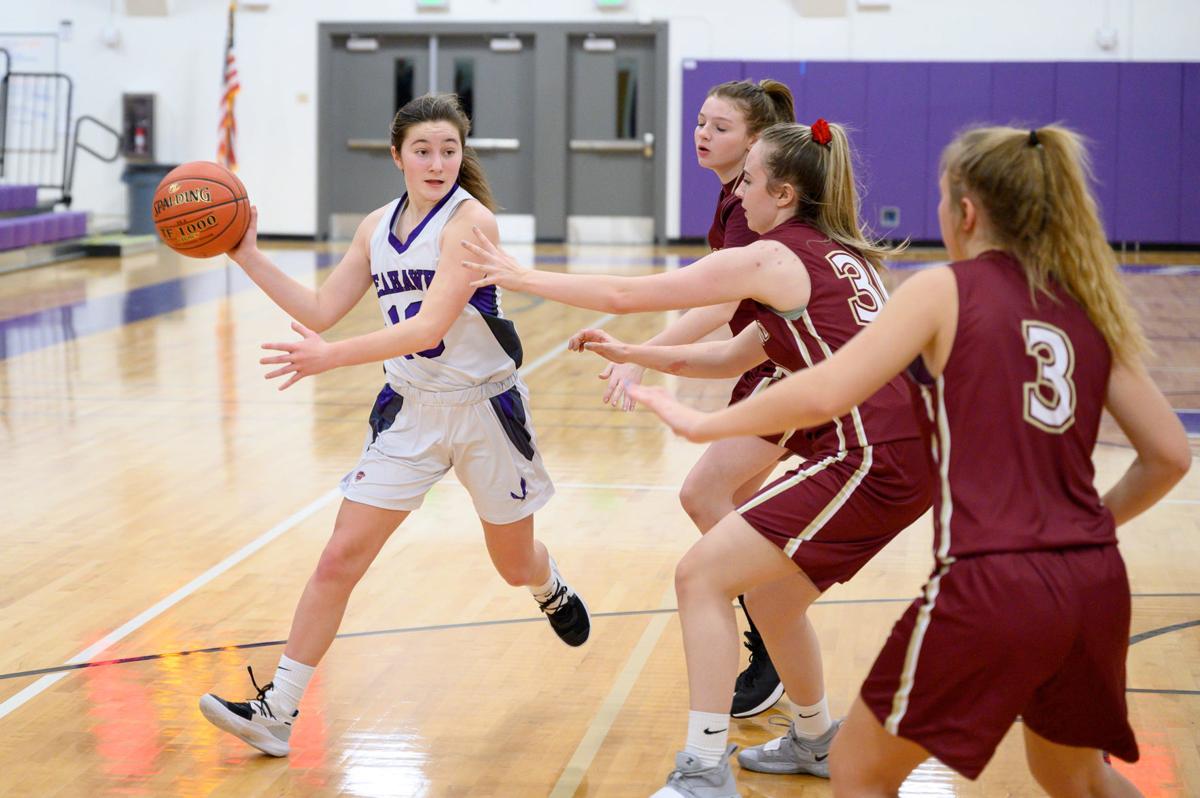 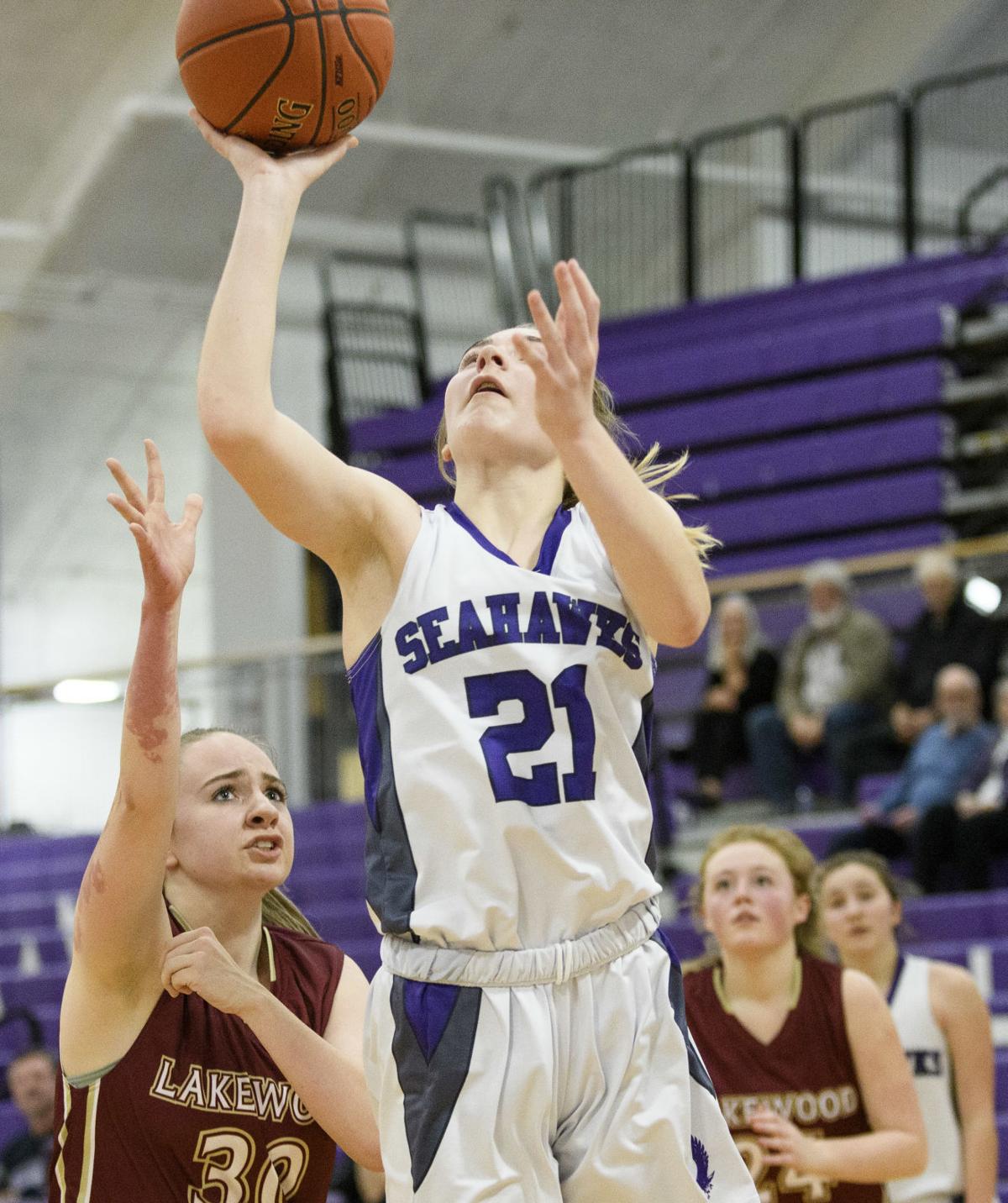 Anacortes' Camryn Kerr drives to the basket Tuesday against Lakewood.

Anacortes’ Camryn Kerr comes down with an offensive rebound Tuesday against Lakewood.

Anacortes' Alina Johnson goes up for a shot Tuesday against Lakewood.

Anacortes' Camryn Kerr drives to the basket Tuesday against Lakewood.

ANACORTES — Camryn Kerr scored a team-high 17 points and the Anacortes girls’ basketball team held its opponent to seven points in the second half Tuesday in a 59-24 win over Lakewood.

“We did a better job of controlling the tempo and upping our pressure,” Seahawks coach Nate Dunham said.

He said Alizee Hargrove played well and blocked several shots, and Lacie Petitclerc had an effective game distributing the ball.

Of the scoring from the freshman Kerr, he said “She got a lot of good buckets down low off offensive rebounds and good passes from the perimeter. She did a good job finishing.”

“The fourth quarter was neck-and-neck the whole way,” Mount Vernon coach Bill Nutting said. “We talked with the kids tonight about everyone needing to do their jobs. Victoria and Maliyah are the kids who score, and they ... scored the ball and made big plays. Those two were excellent.”

DARRINGTON — The tip went up and the Braves never looked back as they pummeled the Loggers in the Northwest 2B/1B League game.

La Conner (4-0 league, 11-2 overall) outscored the Loggers 28-2 in the second quarter, and tallied 23 steals, 27 assists and committed just eight turnovers for the game.

Sarah Cook finished with 26 points to lead the Braves.

CONCRETE — It’s becoming a familiar theme for the Lions: a slow start leading to a big deficit.

That was the scenario against the Vikings.

“We were down 13-2 at the end of the first quarter,” Concrete coach Kevik Rensink said. “Then it was 32-17 at half. After that, we basically played even with them. ... It was a good effort.”

Rensink liked the effort he saw from Ebby Buchta, who scored seven points, pulled down eight rebounds and had five steals.

EVERETT— The Tigers got wins in both matchups behind district-qualifying times by Colin Hayes (50 freestyle, 100 breaststroke) and Noah Rozema (100 freestyle).

BELLINGHAM — The Tigers won both halves of a double dual.

Against Meridian, Noemi Librado won by pin at 125 pounds and Briah O’Bryant won by decision at 115.

“We had a lot of good matches ... the girls are coming along well,” Burlington-Edison coach Windy Lovejoy said.

MONROE — The Bearcats proved tough at home in the Wester 4A Conference win over the Bulldogs.