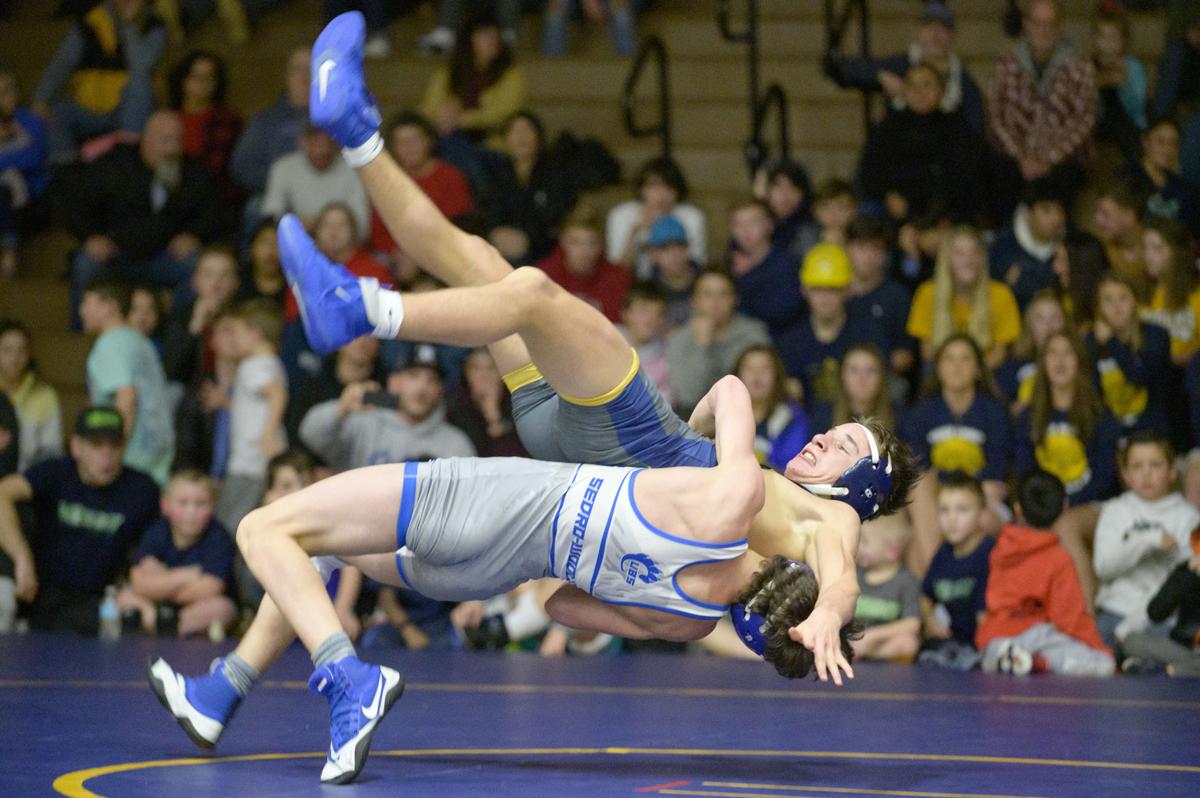 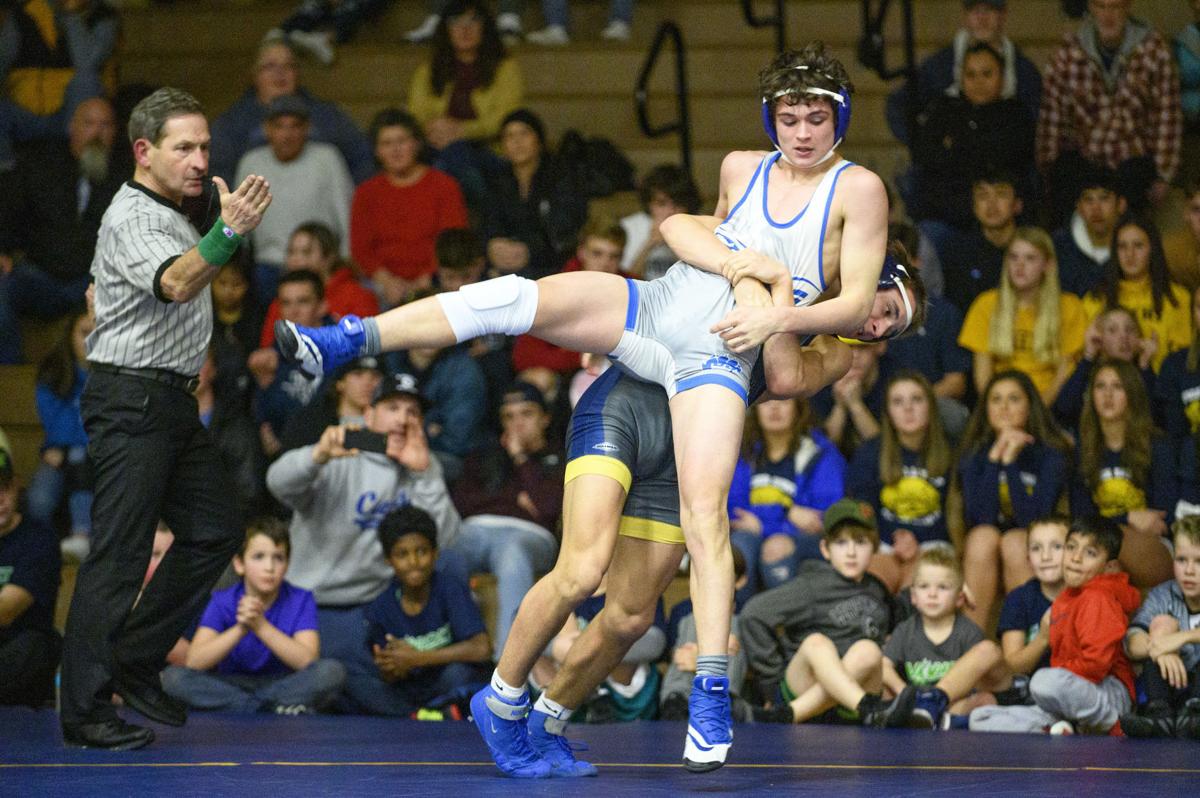 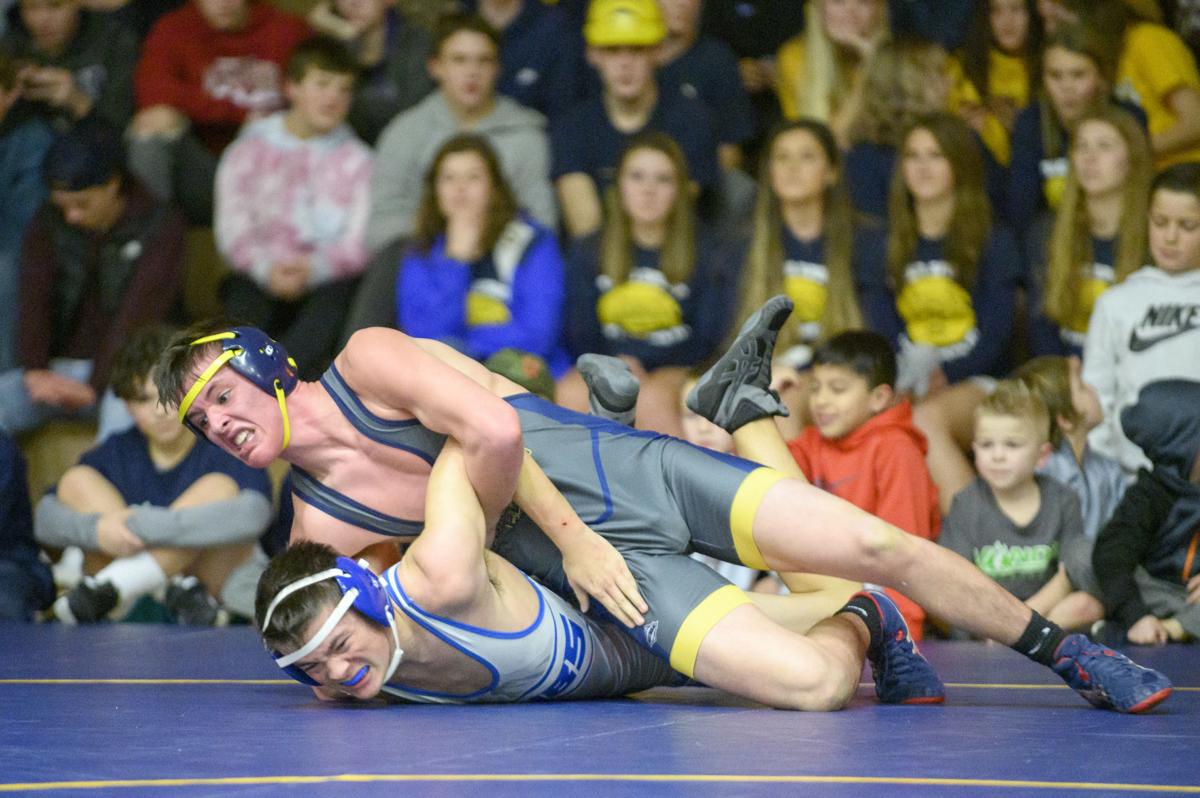 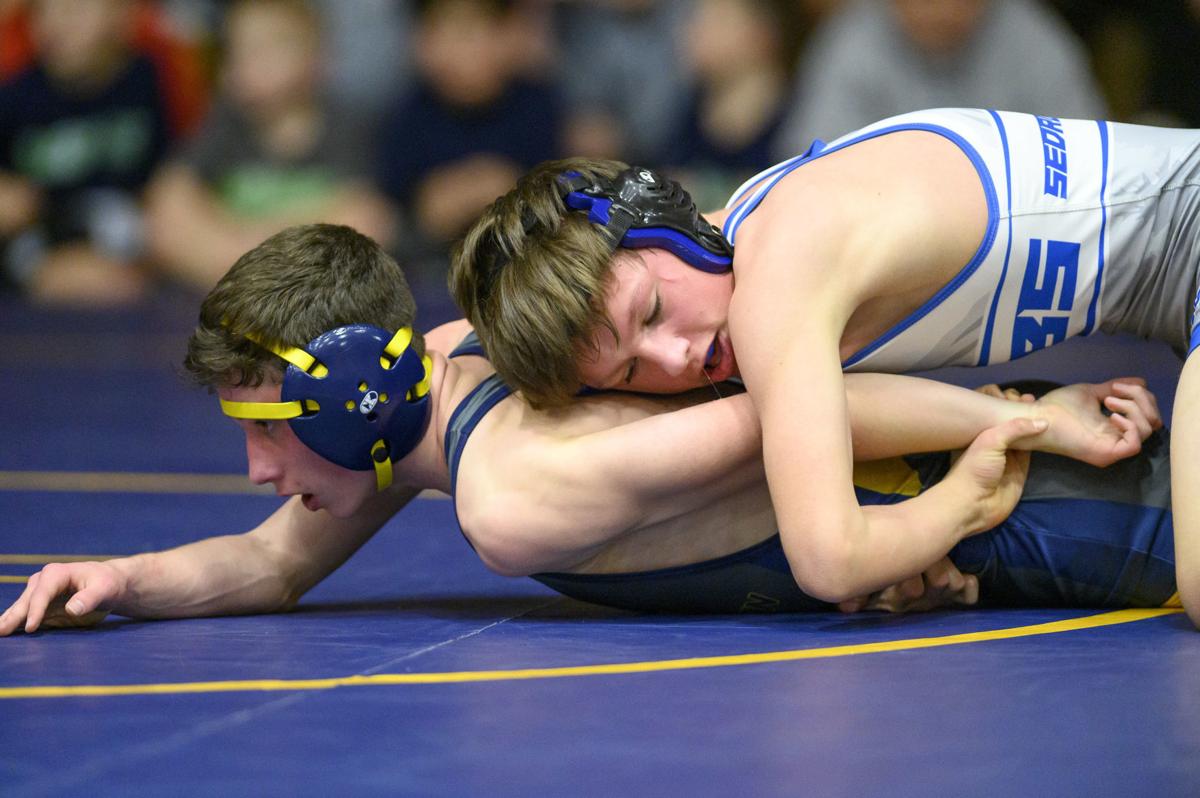 The trophy was created to reward the winner of each year’s boys’ wrestling matchup between Burlington-Edison and Sedro-Woolley, and the Tigers came away with the win — and the cow — by a single point Wednesday in their clash with the Cubs.

The Tigers’ Luis Amador clinched the 37-36 victory with a pin in the final match of the night. He was wrestling up a weight from his usual weight.

“Luis came out super excited, came out and got the fall which gave us the point we needed to give us the win and golden cow,” Tigers coach Kip Jones said.

He said the exciting and well-attended evening marked a good night for the teams’ rivalry and the overall state of wrestling in the area.

“I was really impressed with the quality of the wrestling ... both Sedro and us,” he said. “We wanted to give (the rivalry) what we felt it deserved. Some recognition and some fun.”

Sedro-Woolley coach Brady Mast said it was tough to lose, but said he was pleased the Cubs won seven of 13 wrestled matches.

“I couldn’t be more excited,” he said. “It was a good night for the sport of wrestling in Skagit Valley.”

LAKEWOOD — The Cougars downed a shorthanded Anacortes team that was missing some of its top wrestlers, but Anacortes coach Michael Lomsdalen said he was pleased with how several of his younger competitors performed.

Joey Chonka got a pin at 120 pounds, he said. The freshman was wrestling his first varsity match. Another freshman, Garrett Bickley, earned a pin at 220 pounds.

“It was good to see that from them,” he said.

MOUNT VERNON — The Bulldogs hosted a number of teams including Edmonds-Woodway, Oak Harbor and Meridian.

Bulldogs coach Alysia Pohren said she liked how her younger wrestlers are doing.

“Our freshmen and newcomers are stepping up and proving themselves on the mat,” she said.

BELLINGHAM — Katie King scored 18 points, Sydney Resiner scored 13 points and the Tigers got the win on the road.

“We had some good spurts and some bad spurts,” Burlington-Edison coach Brett McLeod said. “We did a good job of pushing the ball down the court.”

Burlington-Edison improved to 6-1 in the Northwest Conference and 12-2 overall.

MILL CREEK — The Timberwolves hit a baseline jumper with about six seconds left to lift them to the Western 4A Conference win.

“It was a great game,” Bulldogs coach Bill Nutting said. “They made one more play than we did.”

Mount Vernon is 4-4 in conference and 6-7 overall.

SEDRO-WOOLLEY — Mabel Gahan scored 21 points, Hannah Jutte had 16 points and 12 rebounds, and Makenna Peterson pulled down 18 rebounds to go with her eight points and seven steals as the Cubs (1-6 Northwest Conference, 4-9 overall) snagged a nonconference win.

BELLINGHAM — Sedro-Woolley couldn’t catch up with a tough opponent on the road in the Cubs’ second game in as many nights.

“We got off to a rocky start,” Sedro-Woolley coach Chris Spencer said. “We looked like we had tired legs from playing the night before. It was just an uphill climb the whole night.”