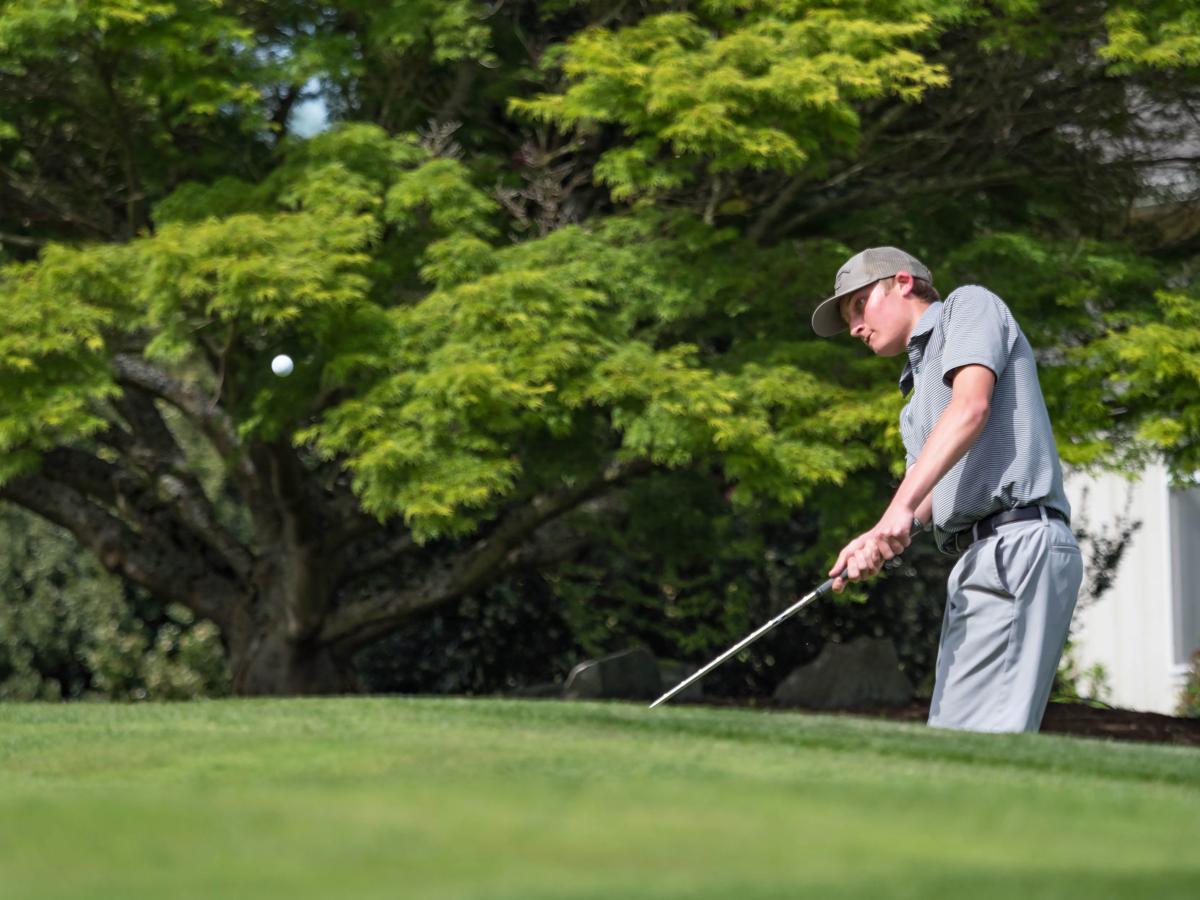 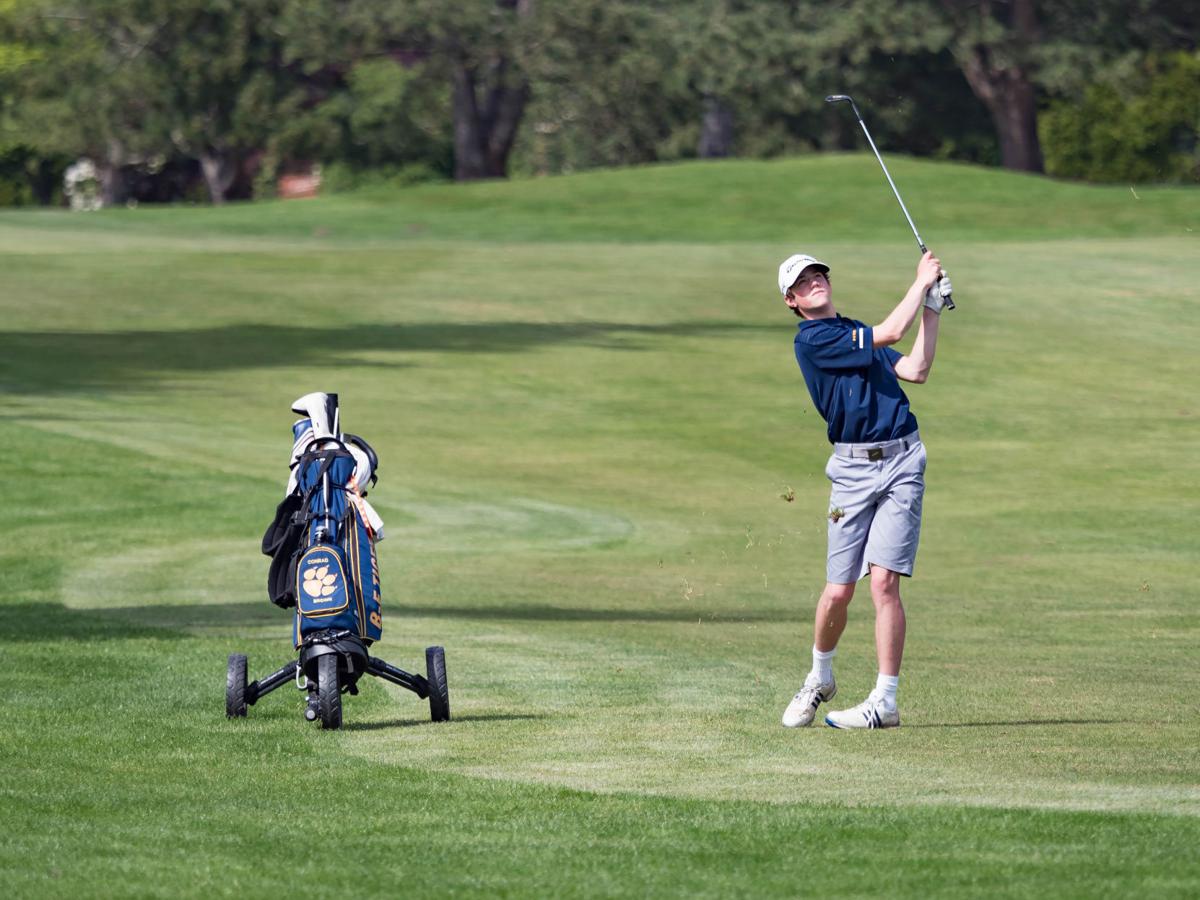 Burlington-Edison's Conrad Brown hits a shot from the fairway the ninth hole Thursday at the Skagit Golf & Country Club. 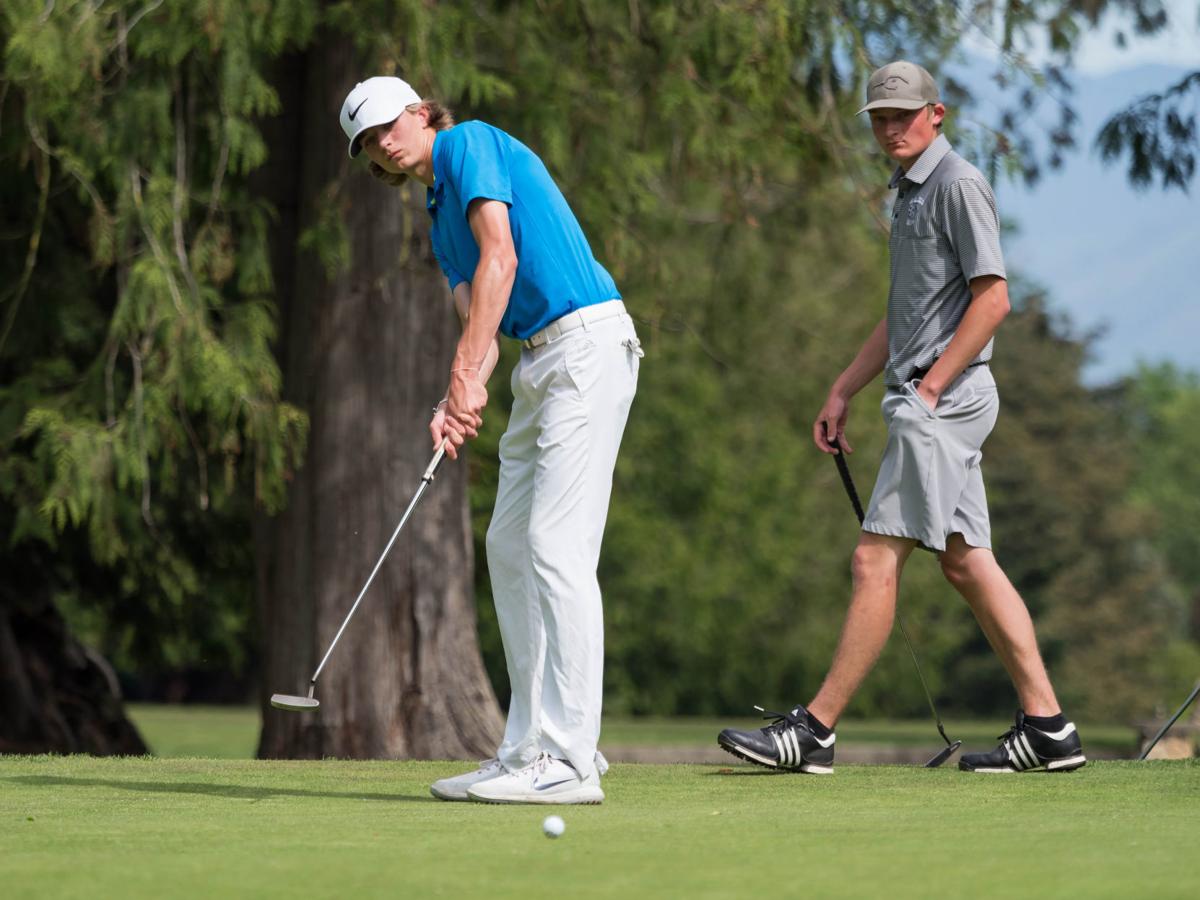 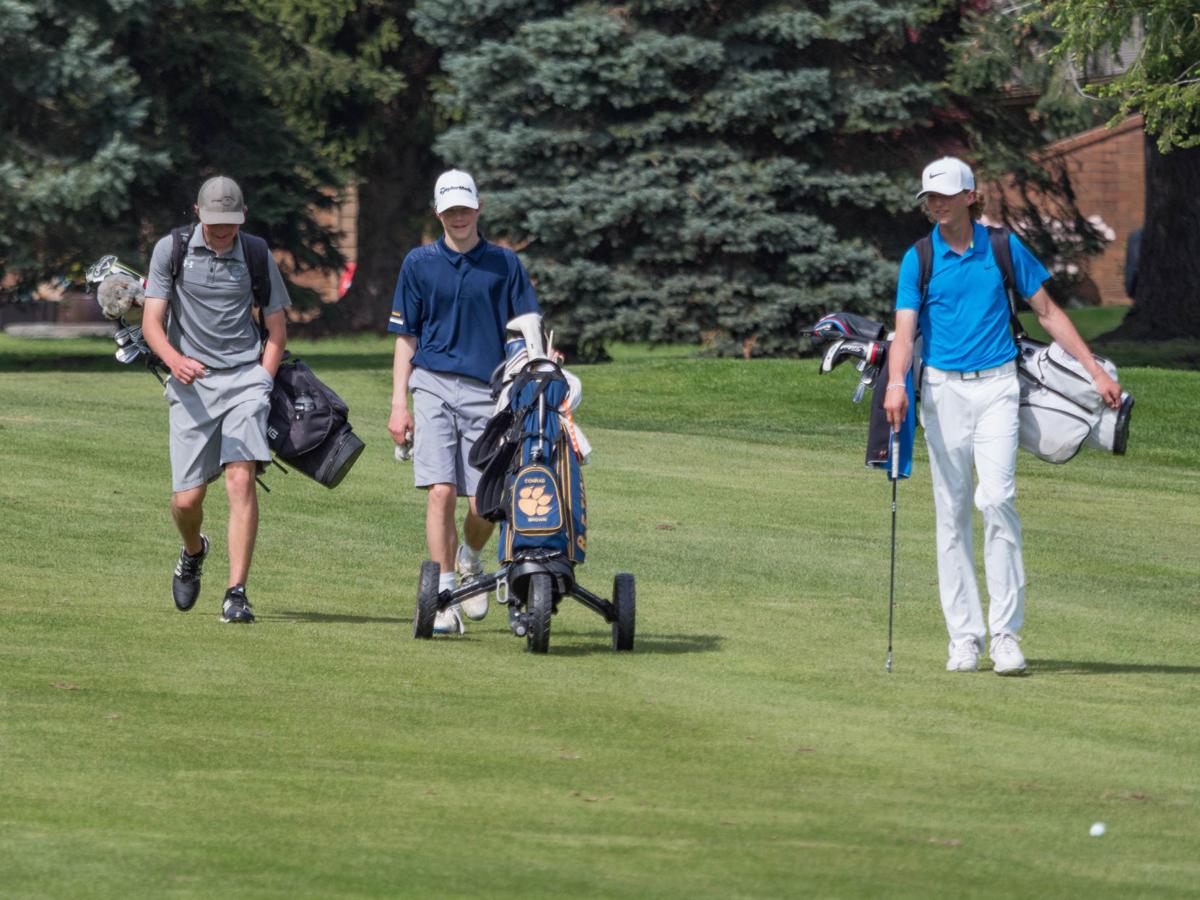 Burlington-Edison's Conrad Brown hits a shot from the fairway the ninth hole Thursday at the Skagit Golf & Country Club.

BURLINGTON — Kyle Cooley has quite a streak going at Skagit Golf & Country Club.

A week after tying for fourth place at the Bill Egbers Memorial Tournament, the Mount Vernon golfer earned medalist honors at the Skagit County Championships.

Cooley shot a 75 to edge past Burlington-Edison’s Conrad Brown and his 76.

Burlington-Edison’s Brayden Konkle shot an 83 to claim third place and help the Tigers to the team win.

Burlington-Edison carded 423 total strokes to end up on top of the competition against Anacortes (453), Mount Vernon (453) and Sedro-Woolley (459).

Kyle Ekkelkamp was the low scorer for Mount Vernon Christian with an 88.

ANACORTES — Burlington-Edison won the team competition with a score of 254 followed by Mount Vernon (263), Anacortes (320) and Sedro-Woolley (328).

Ashley Bruland of Mount Vernon was the medalist with a nine-hole 44.

Sadie Brink led the Tigers with a round of 47, while Emma Olivier paced Anacortes with a 56. Sedro-Woolley’s Amy Jo Graber shot a 53.

SEDRO-WOOLLEY — The Tigers battled their way to a second state berth in as many seasons with the shutout in the Bi-District 2A Tournament.

Bellingham scored an own goal and Burlington-Edison goalkeeper D.J. Clark made two key saves to help preserve the win in the loser-out game.

The game’s only goal followed a throw-in by Burlington-Edison’s Gehrig Dabbs; the ball bounced off a Red Raiders player into goal.

Burlington-Edison is 10-7-2. The Tigers’ tournament seed will be determined by RPI.

The Lions wouldn’t go away in their Bi-District 2B Tournament game.

Concrete rallied to win after trailing 10-6 in the seventh.

Concrete advanced to the championship game where it will face Friday Harbor at 1 p.m. Saturday at Janicki Fields in Sedro-Woolley.

“I am really proud of the way the team battled,” Concrete coach Randy Sweeney said. “We were up, they were up and it went back and forth.”

David O’Neil got the win for the Lions, coming on in relief in the fifth inning.

“He did an outstanding job,” Sweeney said of his reliever. “He kept them off the board.”

Dalton Newby was 5-for-6 with two doubles, three RBI and four runs scored for Concrete.

Peyton Sanchez was 3-for-5 with a double, triple and four RBI, while O’Neil helped himself out, going 3-for-4 with a double and two RBI.

SEDRO-WOOLLEY — The Cubs may have played their way into an opening-round bye in the Bi-District 2A Tournament with the Northwest Conference win.

The victory creates a three-way tie between Sedro-Woolley, Sehome and Lynden as all three teams finish the regular season 9-3 in conference. The bye will be determined by RPI.

Sedro-Woolley coach Amy Beebe couldn’t be more pleased with how her squad played against Sehome.

“This is the team I want to be taking into the postseason,” she said. “If you are a fan of the Cubs, this is the team you have want to see. They played with intensity and passion.”

Riley Conn pitched and hit well for the Cubs.

Conn was 3-for-4 with a pair of singles, a double and four RBI. Pitching, she struck out eight and scattered seven hits.

Abi Hannan was 2-for-4, while Hannah Forst and Abby Virata were both 2-for-3 for the Cubs.

ANACORTES — Riley Pirkle pitched a three-hitter and the Seahawks wrapped up an undefeated regular season.

Pirkle struck out nine and earned her 16th win. She also had two hits, including a triple, and two RBI. Maddy Holmes added two hits — one a double as Anacortes improved to 12-0 in the Northwest Conference and 18-0 overall.

BURLINGTON — The Tigers hit throughout the lineup to win both games of the doubleheader.

“We did a great job of team hitting ... we had a great day from everyone,” Burlington-Edison coach Darcy Taylor said.

Emma Fleury hit two triples on the day, and Gracie Shetler had two doubles for the Tigers (5-8 Northwest Conference, 9-10 overall).