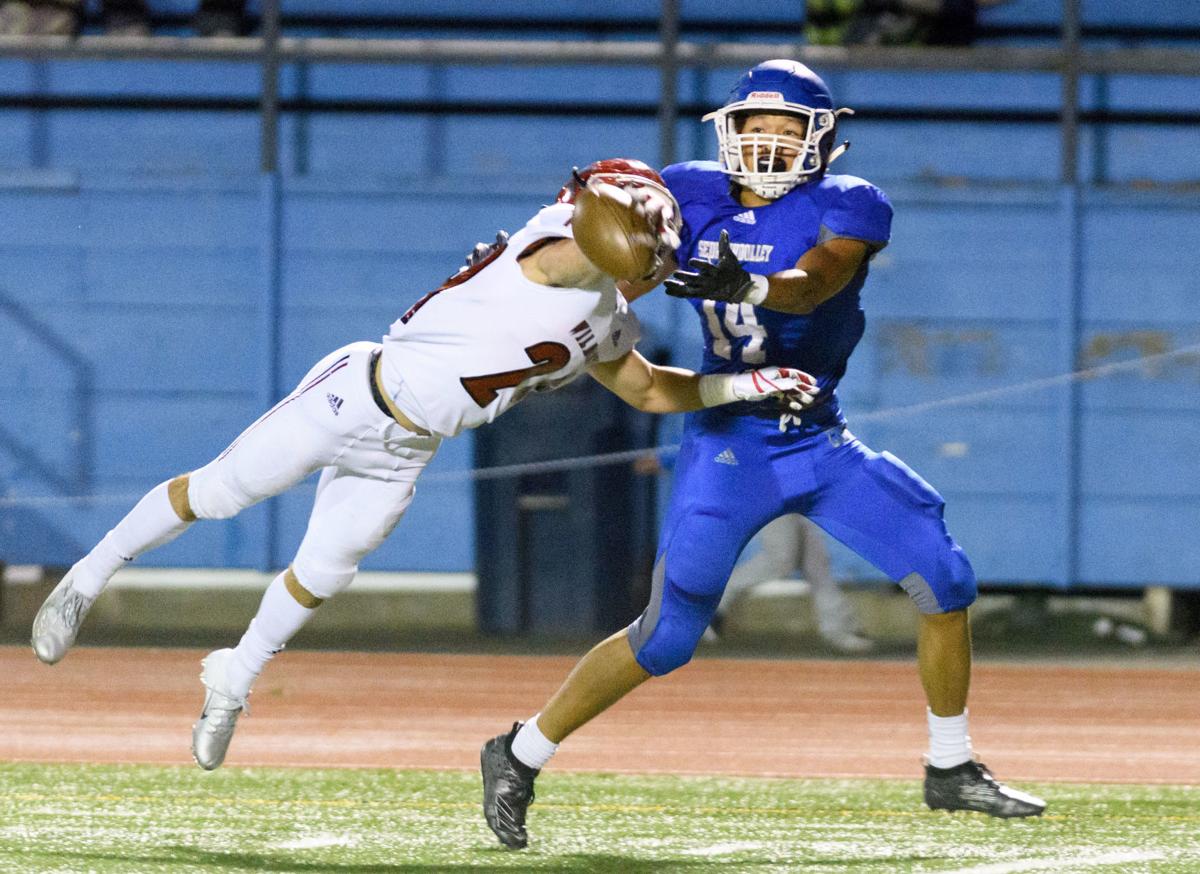 Sedro-Woolley’s Brent VanderVeen (14) has the ball knocked away by Archbishop Murphy’s Joe Ennis on Friday in Sedro-Woolley. 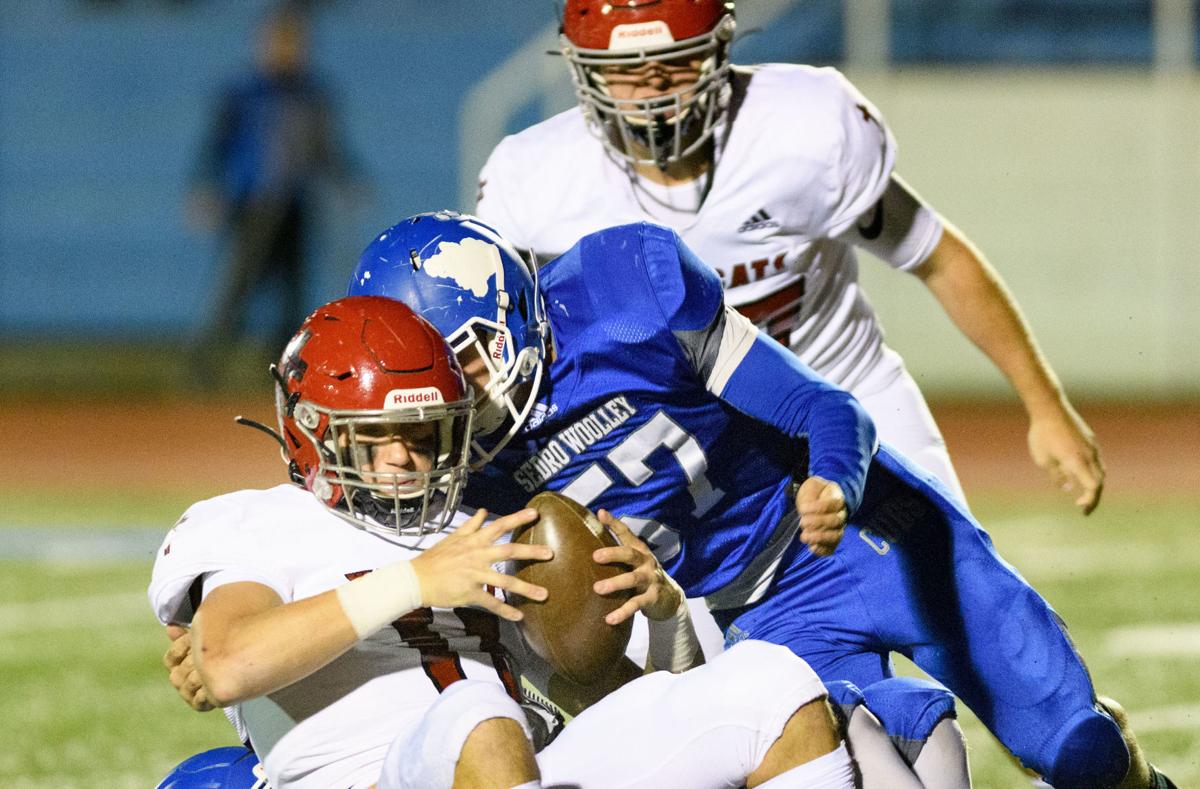 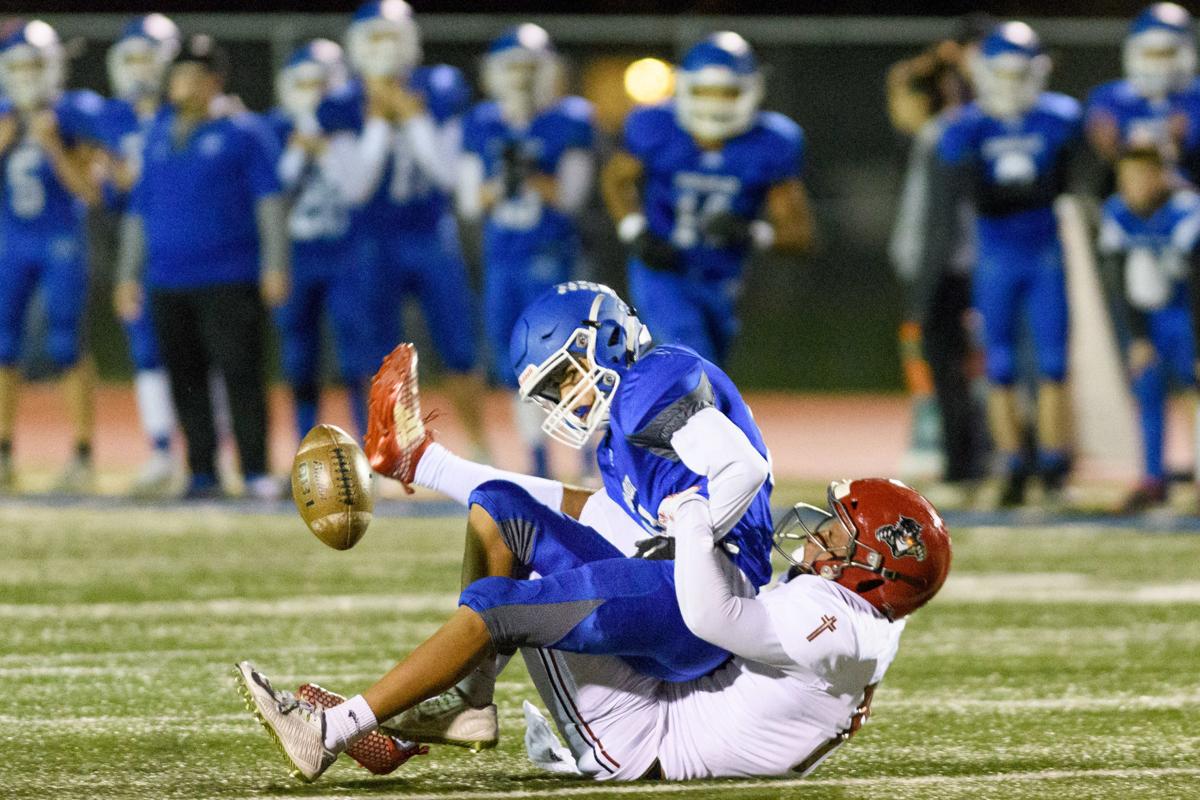 Sedro-Woolley's Aidan Franklin has the ball stripped after a reception Friday at home against Archbishop Murphy. 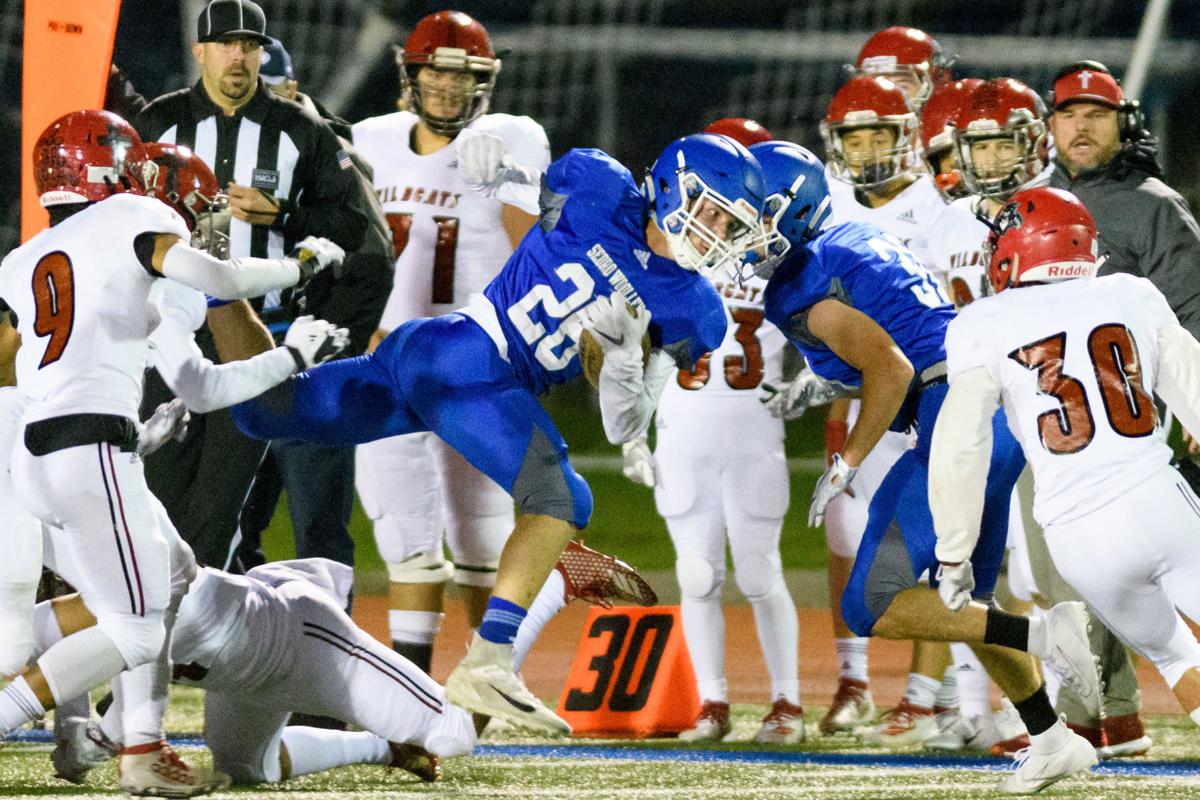 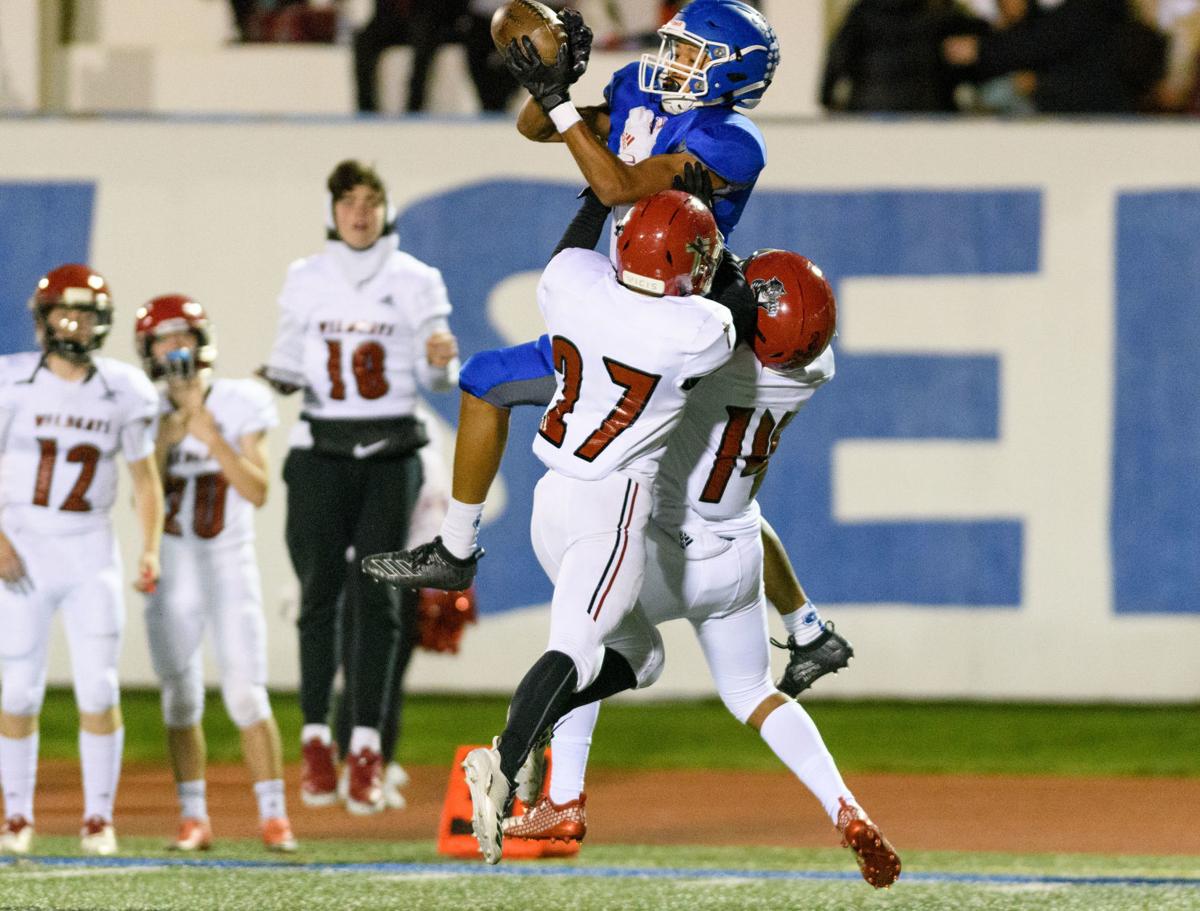 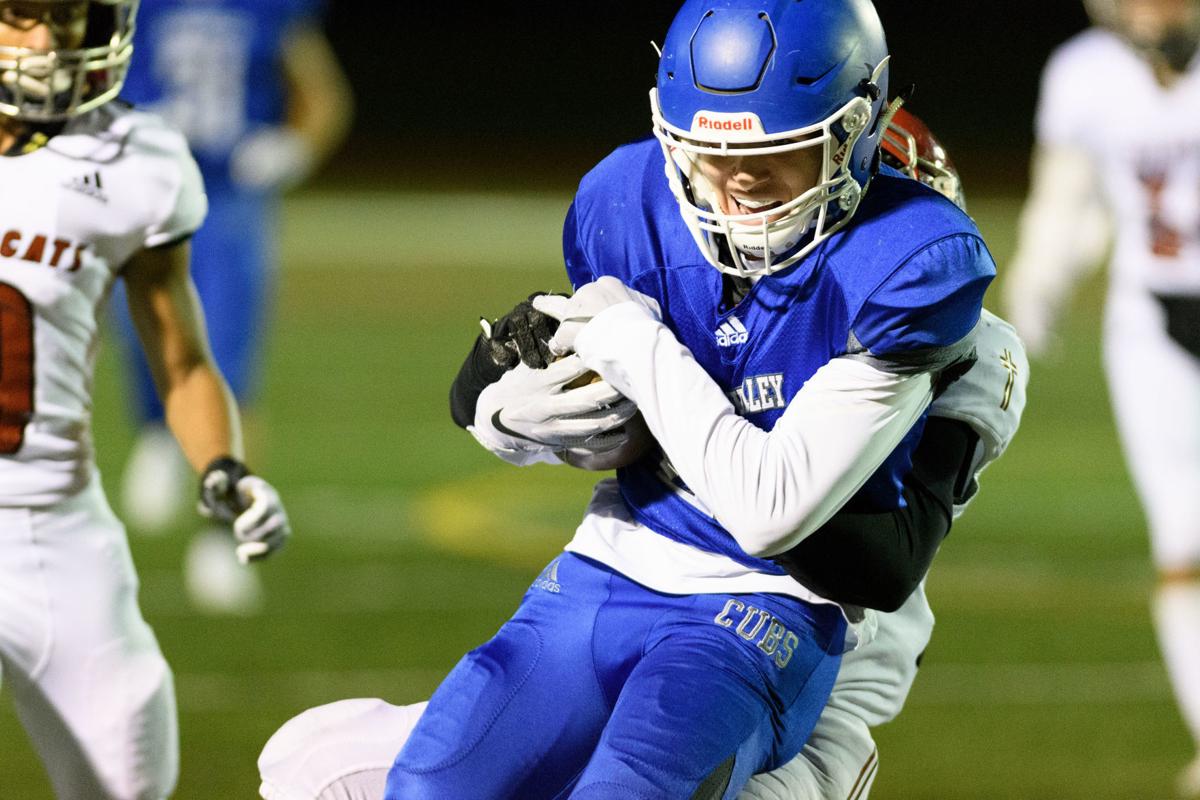 Sedro-Woolley's Aidan Franklin holds after a reception Friday at home against Archbishop Murphy.

Sedro-Woolley’s Brent VanderVeen (14) has the ball knocked away by Archbishop Murphy’s Joe Ennis on Friday in Sedro-Woolley.

Sedro-Woolley's Aidan Franklin has the ball stripped after a reception Friday at home against Archbishop Murphy.

Sedro-Woolley's Aidan Franklin holds after a reception Friday at home against Archbishop Murphy.

SEDRO-WOOLLEY — The Northwest Conference matchup pitting the Sedro-Woolley Cubs against Archbishop Murphy on Friday night had the feeling of a game laden with playoff implications.

And while the Wildcats improved their standing, the Cubs on the other hand — following a 27-14 loss — will be taking to the field next Friday against a yet-to-be-determined foe with their season on the line.

It was a rather uncharacteristic game for the home team as the Cubs turned the ball over, dropped passes and fumbled.

“We had our chances,” Sedro-Woolley coach Dave Ward said. “We just didn’t take care of the football. We left a lot of points out there on the field.”

Points the Cubs could have certainly used in game that had only a touchdown differential at halftime. The Wildcats led 13-7 at the break as Sedro-Woolley quarterback Kaden Plymale connected with the always dangerous Brent VanderVeen for a 27-yard touchdown.

The third quarter, however, was all Archbishop Murphy as the Wildcats converted their two possessions into touchdowns.

On the first possession of the third quarter, a 35-yard strike from quarterback Victor Gabalis to Joe Enis capped a five-play drive.

After the Cubs went four-and-out, the Wildcats took the ball from their own 23-yard line and set off on a 12-play, six-plus-minute drive ending with an Enis touchdown run of 4 yards.

As the fourth quarter began, it was 27-7 in favor of the visitors.

“In that third quarter, they just went back to their first-quarter game plan,” Ward said. “They decided to run the ball and they did that. They made a couple big plays.”

In the meantime, the Cubs tried to get things going through the air. Plymale threw the ball 38 times in the game, completing 24 for 273 yards and two touchdowns with an interception.

“We threw the ball well,” Ward said. “We felt good about our passing game. We would like to have been a little more balanced with the running game.”

Plymale would connect with Jonny Vallejo in the fourth quarter from the 9-yard line for the Cubs’ only other score.

While VanderVeen was a main target, the same could be said for fellow wide receiver, Aidan Franklin. VanderVeen finished with eight catches for 106 yards and the touchdown. Franklin had eight receptions as well for 87 yards.

“Franklin had a real nice game for us,” the coach said. “And Kaden threw the ball well. We have some things to work on. Now we’ll be right back here next Friday.”

The result left both teams 3-2 in conference and 6-2 overall.