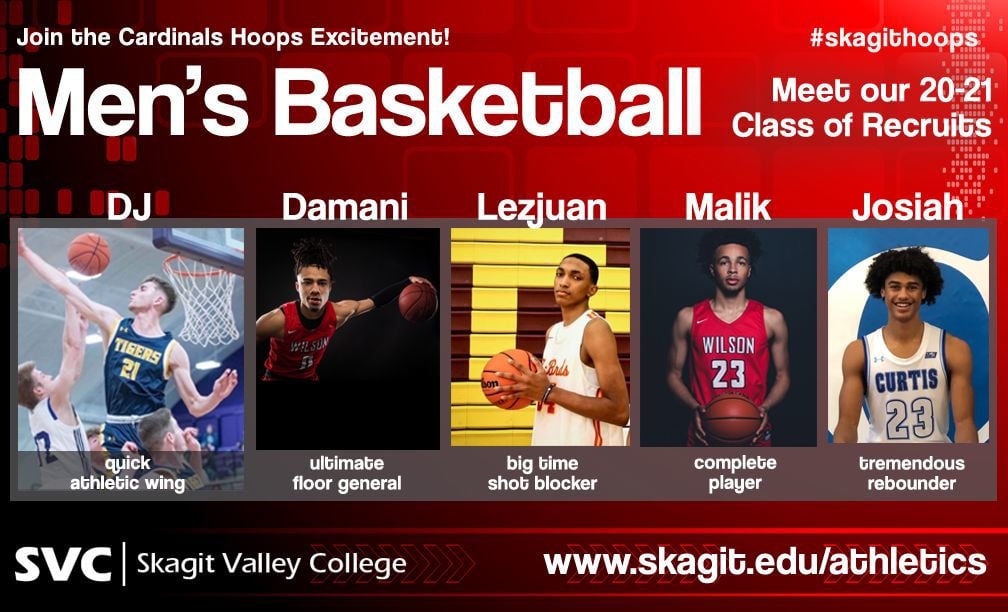 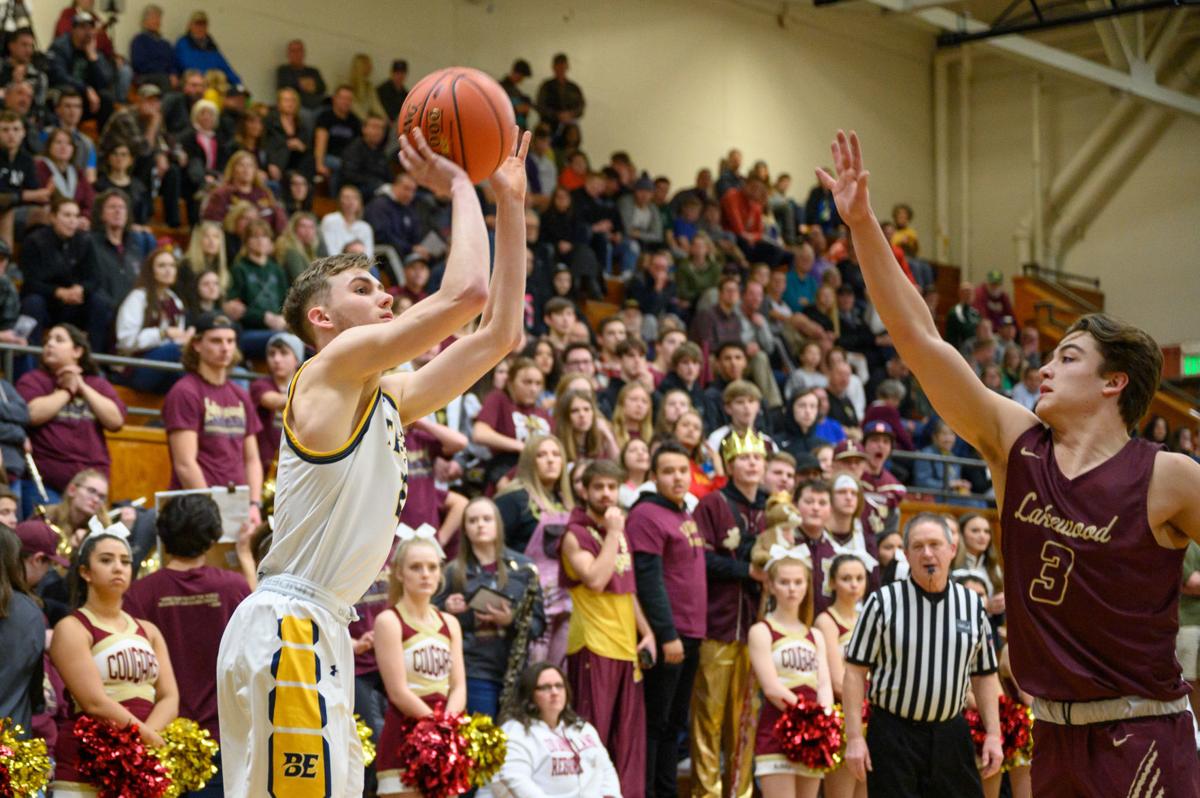 Now the Cardinals are looking ahead to next season with a recruiting class that includes two imposing big men, a pair of high school teammates and a local standout.

Howell and the college announced the basketball program's recruiting class earlier this week.

"These kids are really special," Howell said. "These were the guys we went after from start to finish. These are all talented guys. They'll all play at the four-year level."

Next season's group will be tasked with following up a historic debut for Howell, a former Skagit Valley player who was making his debut as the Cardinals' head coach.

Skagit Valley authored a 22-game winning streak, a 25-win regular season and a stretch of seven weeks ranked as the Northwest Athletic Conference's No. 1 team. The end of the season came to a sudden halt when the conference tournament was canceled due to the COVID-19 pandemic.

Howell thinks the incoming group will be able to win as well.

"These guys are winners. My whole career, I've recruited guys who have won," Howell said. "They know what we expect at Skagit. They'll get pushed hard but ultimately it's about winning."

Among the incoming players are Green and Howard. Green, a 5-foot-10 guard, was the Pierce County League Player of the Year. Howard, a 6-foot-4 wing, was the league's defensive player of the year and averaged 13 points, eight rebounds a game.

"We have a connection on the court. We do things the right way on the court," Howard said of the connection between he and Green. "This'll turn into something special."

Green averaged 17 points a game for Wilson, but said he's eager to help teammates score, too.

"I feel like I'll come in and make the team better," he said.

Howell said he's excited to bring a pair of talented big men on board, too.

Harris said he's eager to get even better at Skagit Valley.

Miller, who returned from a knee injury for a huge playoff game (22 points, 15 rebounds) in his senior season, is also looking forward to improving.

"I want to get stronger and more fundamental in the post," he said.

The group is rounded out by a local standout in Clark, who said he saw every home game Skagit Valley played — and a few on the road, too.

"When I found out I'd play for Carl I was super excited," he said.

Clark was a double-digit scorer (11 points per game) and one of the most important defenders for the Tigers.

"He was our go-to defender to guard the other team’s best player and constantly came up big for us when games got close. Skagit got a great player and a great person," Burlington-Edison coach Chas Kok said in a news release.

Guard Anthony Iglesia will walk on at the University of Washington.