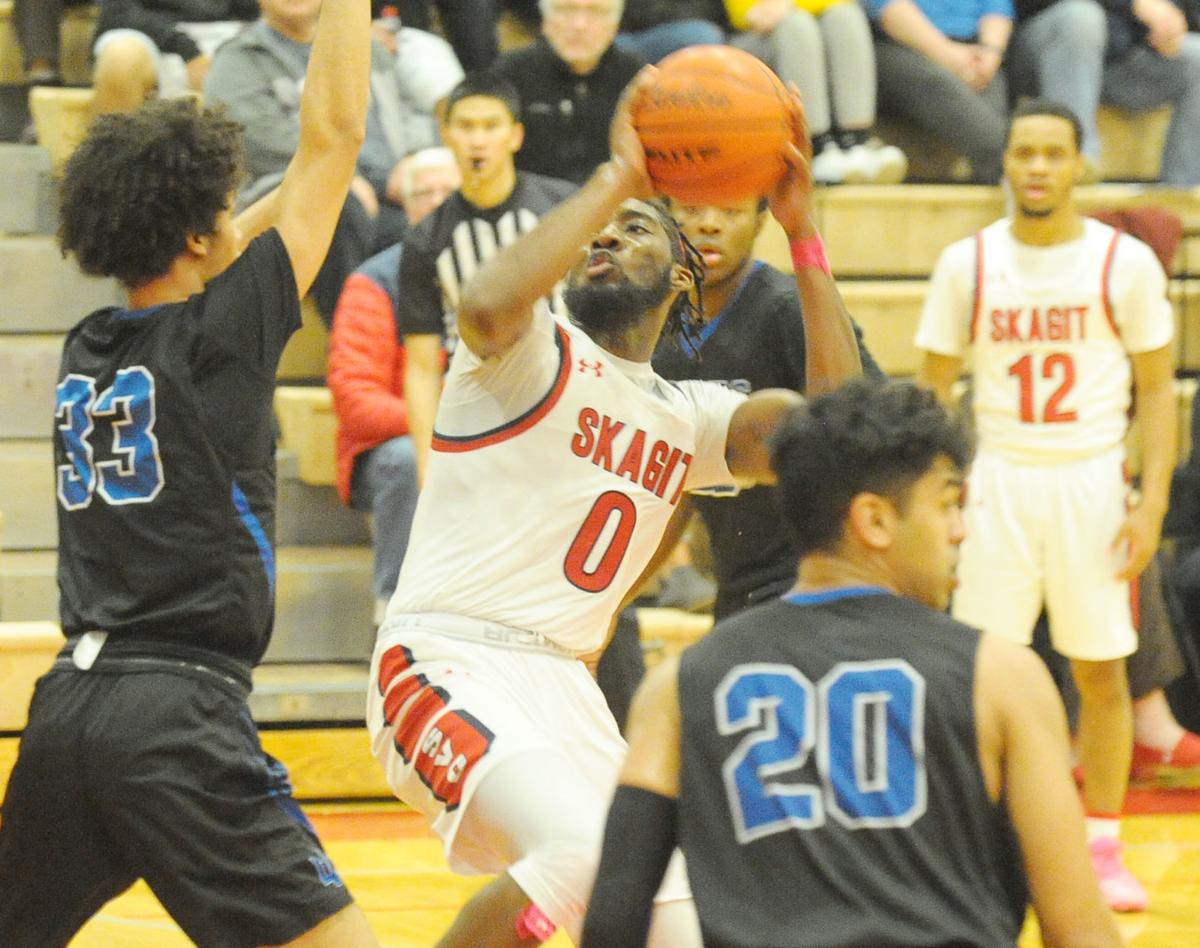 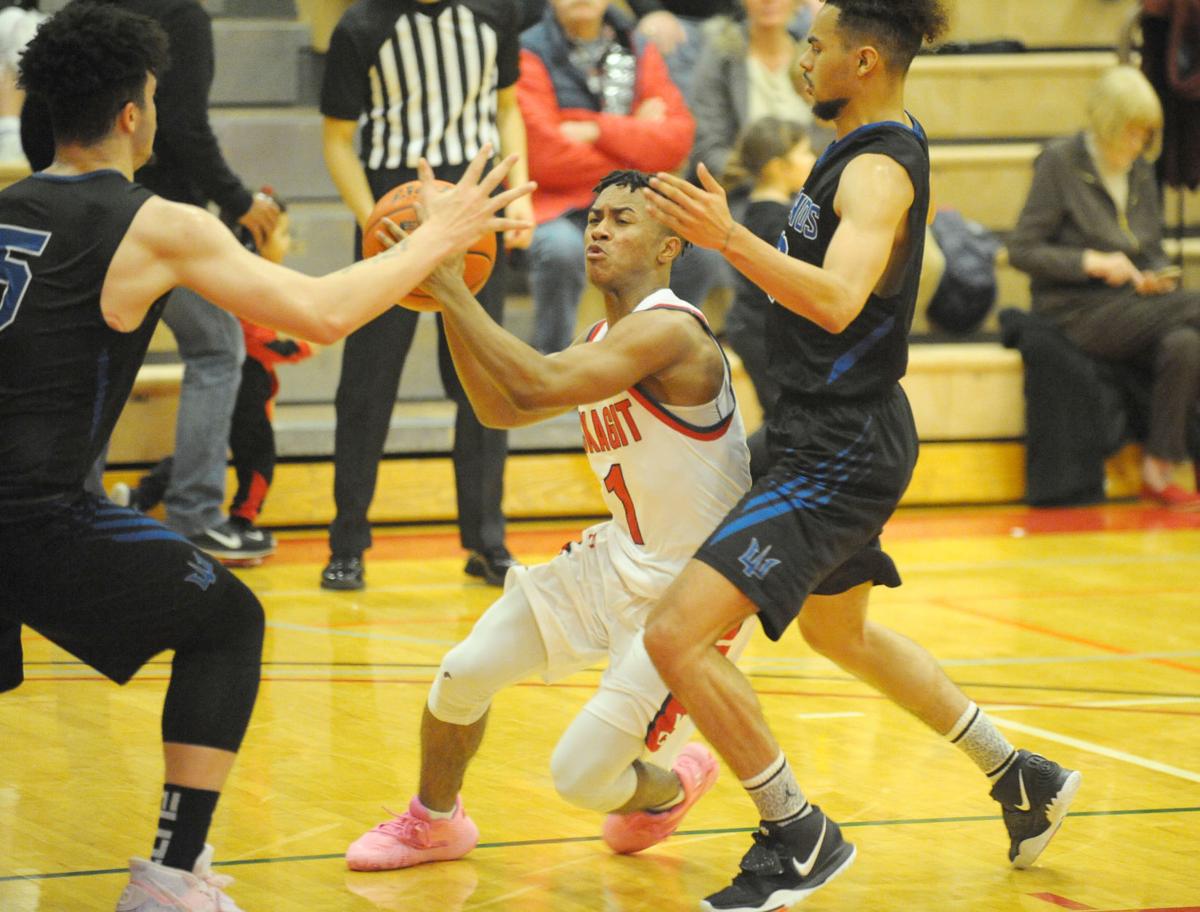 Skagit Valley’s Anthony Iglesia goes to the basket against Edmonds on Saturday in Mount Vernon. 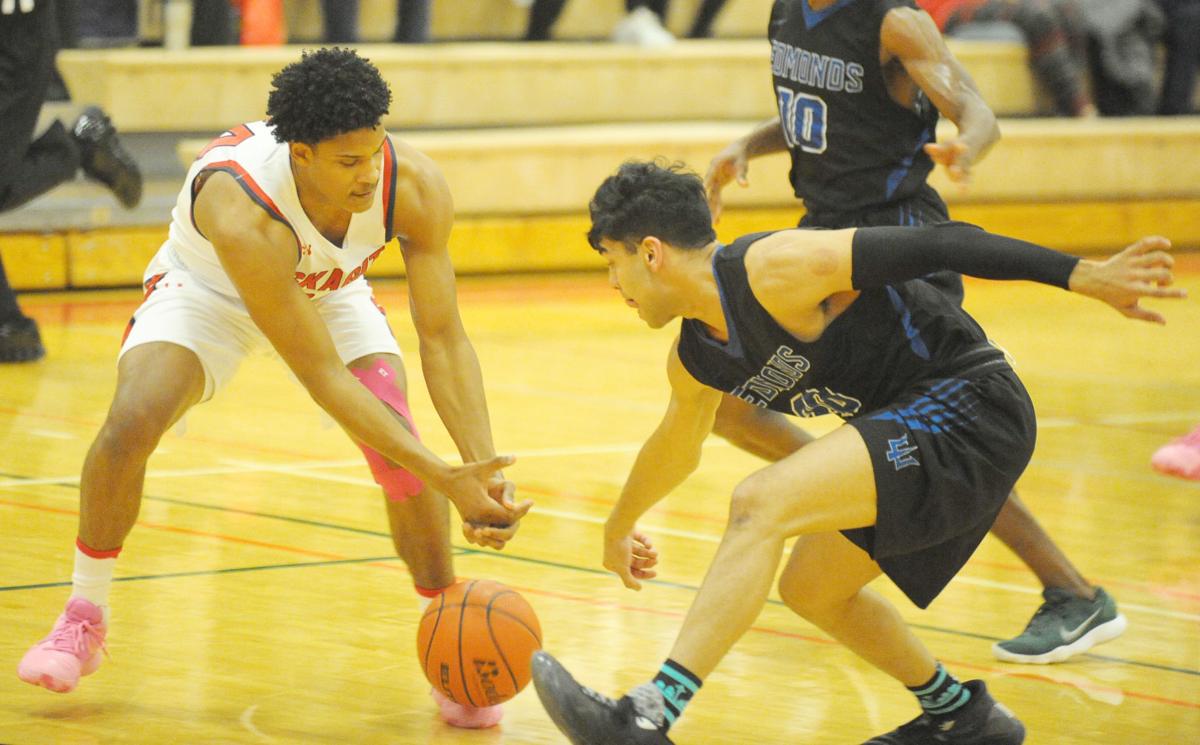 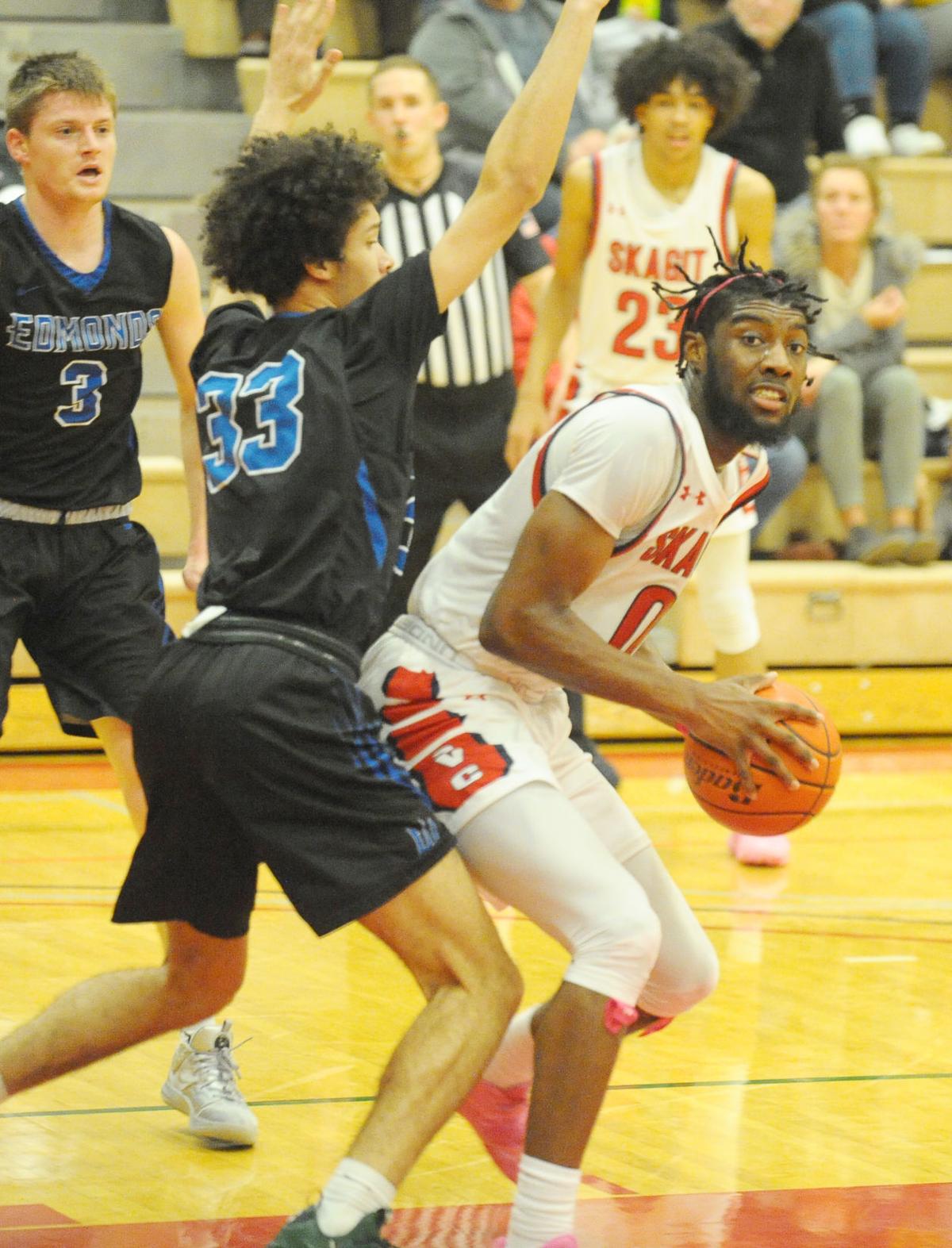 Skagit Valley's Willie Thomas III (right) prepares to go up for a shot against Edmonds' Xaiver Meekins on Saturday in Mount Vernon. 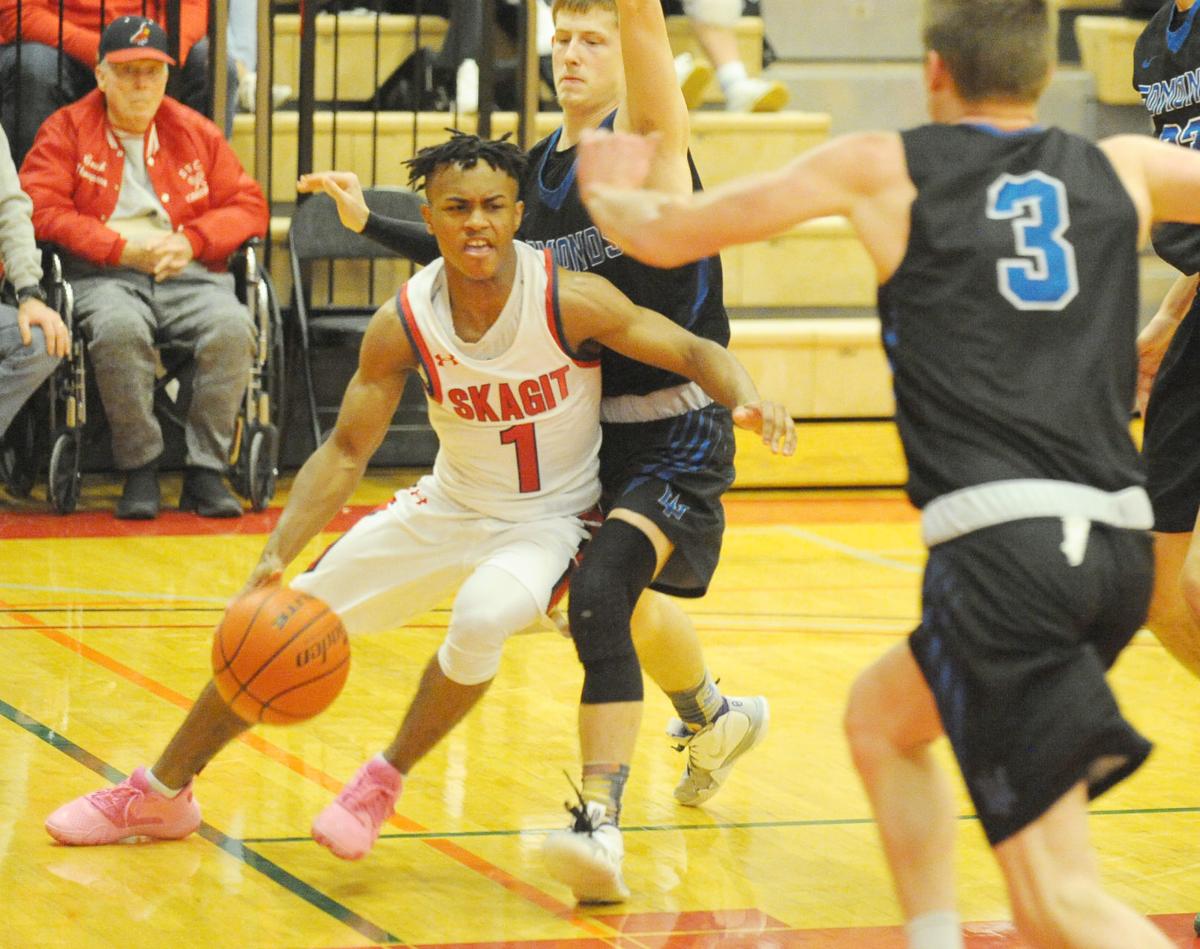 Skagit Valley’s Anthony Iglesia dribbles the ball along the baseline in Mount Vernon.

Skagit Valley’s Anthony Iglesia goes to the basket against Edmonds on Saturday in Mount Vernon.

Skagit Valley's Willie Thomas III (right) prepares to go up for a shot against Edmonds' Xaiver Meekins on Saturday in Mount Vernon.

Skagit Valley’s Anthony Iglesia dribbles the ball along the baseline in Mount Vernon.

MOUNT VERNON — The Skagit Valley College men’s basketball team pulled away from second-place Edmonds late in the teams’ matchup Saturday night and ran its record to 20-0.

Willie Thomas III had 25 points and 10 rebounds, Anthony Iglesia hit five 3-pointers on his way to 21 points and DeMarcus Hall-Scriven made key plays down the stretch as the Cardinals held off the Tritons 93-80.

Skagit Valley coach Carl Howell said it was far from the best-played game of the season by the top-ranked Cardinals (5-0 NWAC North), but he was pleased with how several players — notably Hall-Scriven, Caleb Sheldon and Danny Sharp — came off the bench to contribute after starter Cade Isakson suffered an injury early in the game.

Hall-Scriven made a 3-pointer and a 3-point play that helped boost the Cardinals, Howell said.

“He scored two huge baskets down the stretch,” Howell said.

Edmonds (4-1, 12-7) came into the game in second place in the NWAC North Region, behind the Cardinals.

Daniel Santana (14), Marquan Williams (13) and Ajani Chappell (10) scored in double digits for Skagit Valley, which will visit Olympic on Friday before hosting Peninsula on Feb. 1, a makeup of a game that was snowed out earlier this season.

MOUNT VERNON — Melissa Frein had a monster game to lift the Cardinals over the Tritons ... and her teammates weren’t far behind.

Frein scored 24 points and pulled down 21 rebounds, Samantha Cox scored 23 points thanks to a sterling performance from the free-throw line, and Annaleis Reyes-Guzman added 17 points and six rebounds.

“We had a ton of double-digit scoring tonight. Everyone was sharing the ball,” Skagit Valley coach Deb Castle said. “Four of the six players scored in double digits. We didn’t panic about their press and their pressure. We stuck to our game plan.”

“She brought about 20 fans with her and they were all cheering for Skagit,” Castle said “That helped.”