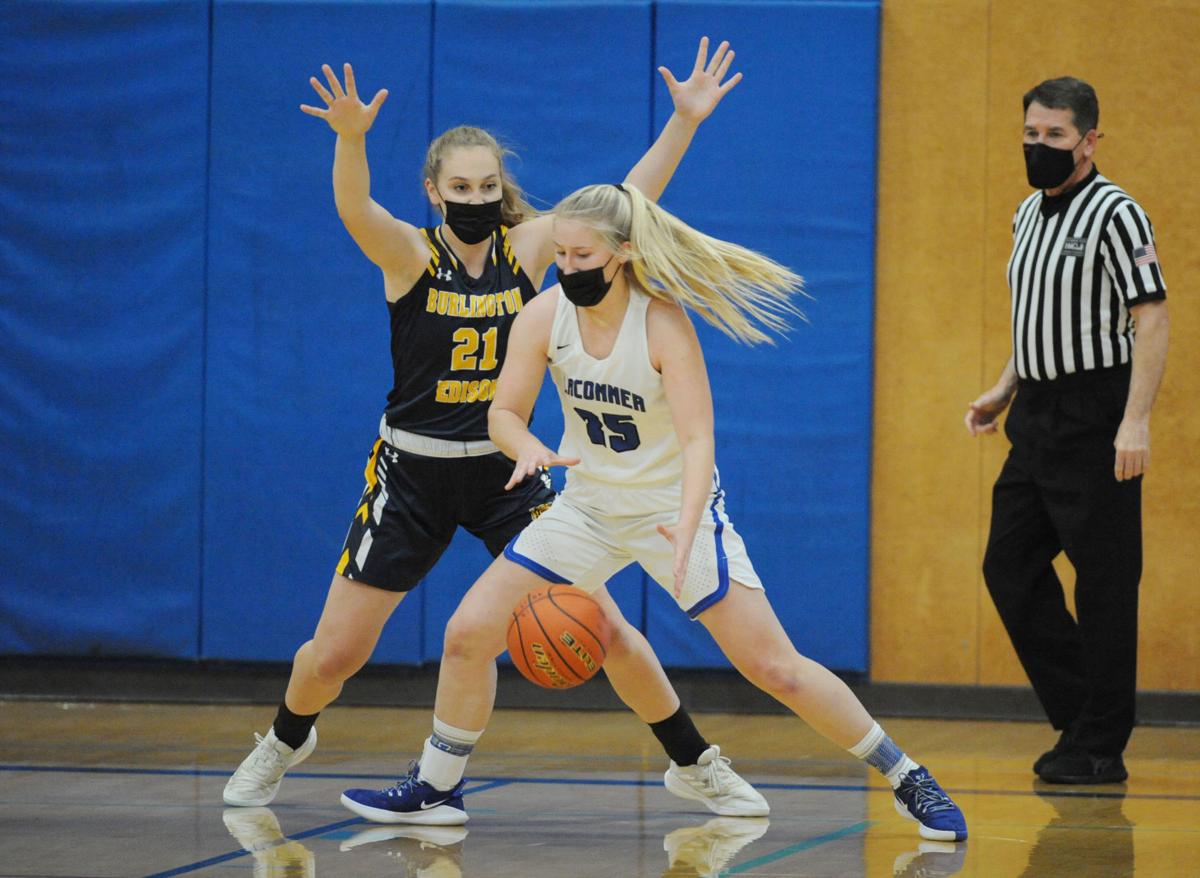 La Conner's Ellie Marble works her way toward the basket against Burlington-Edison's Gabriella MacKenzie on Tuesday in La Conner. 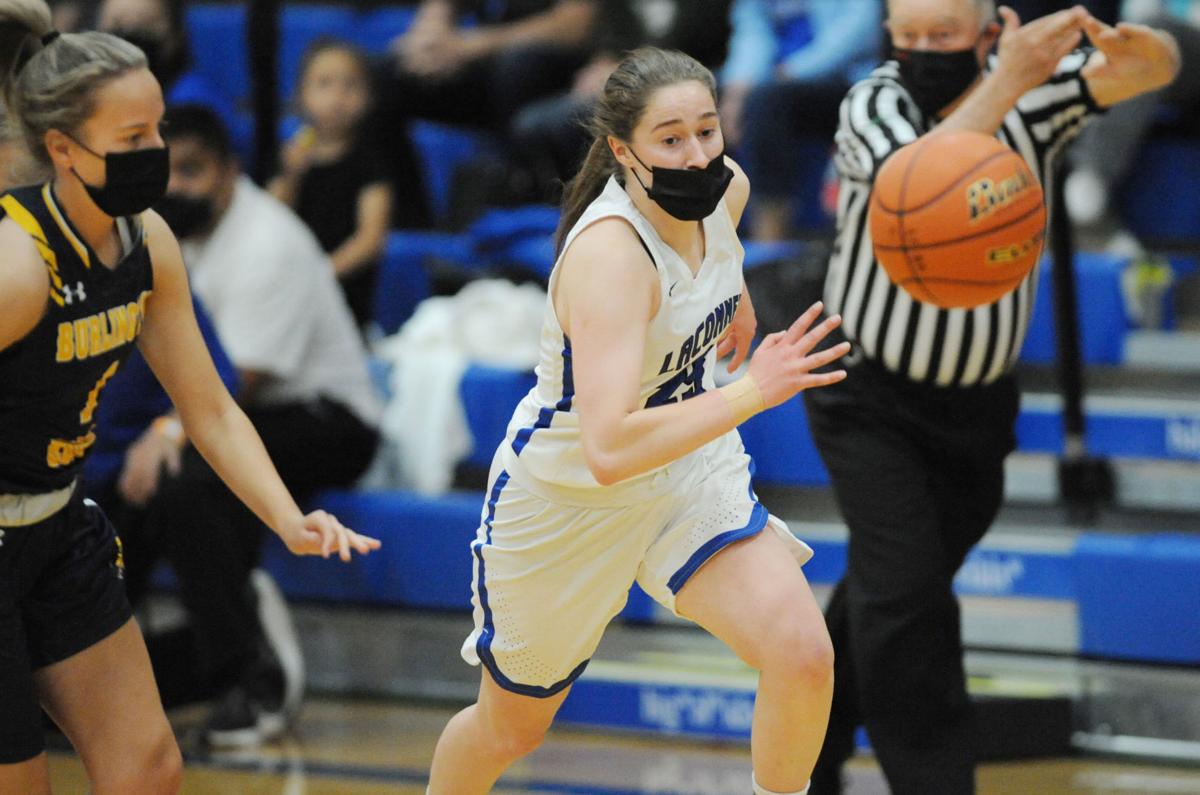 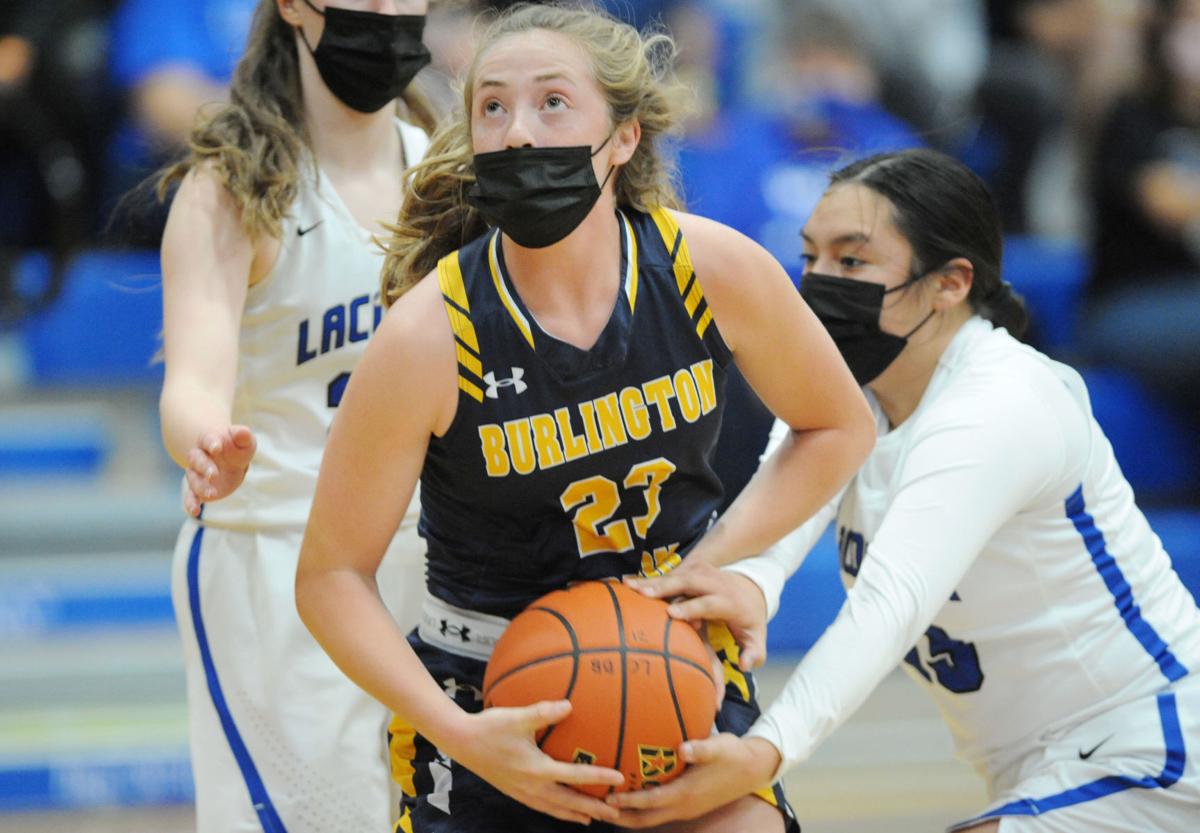 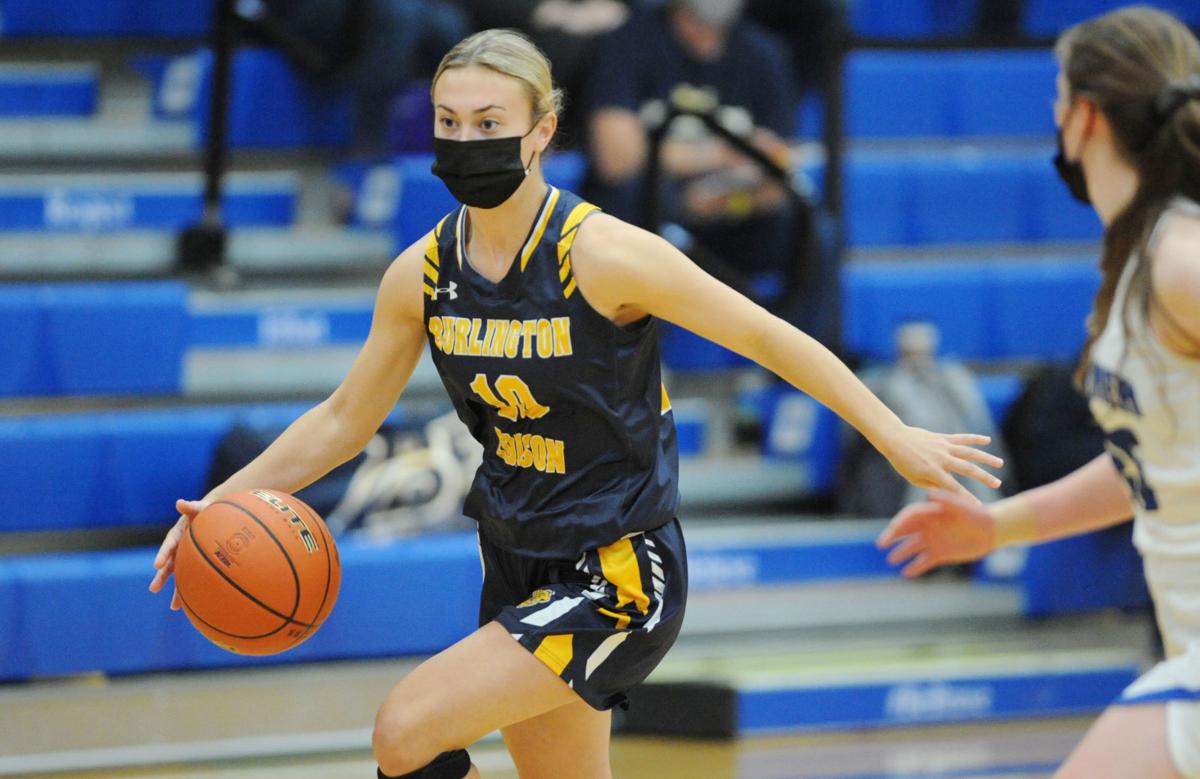 Burlington-Edison's Emma Smith brings the ball up the court Tuesday in La Conner. 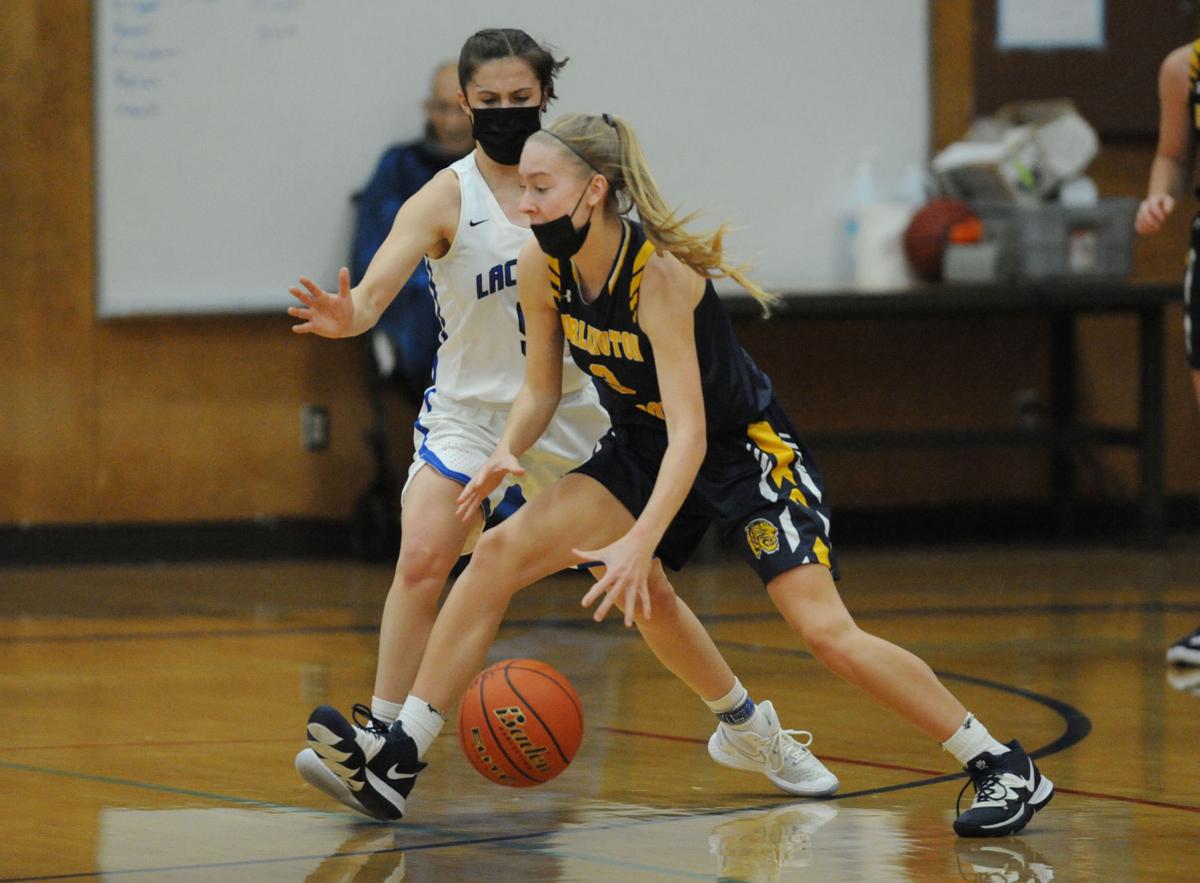 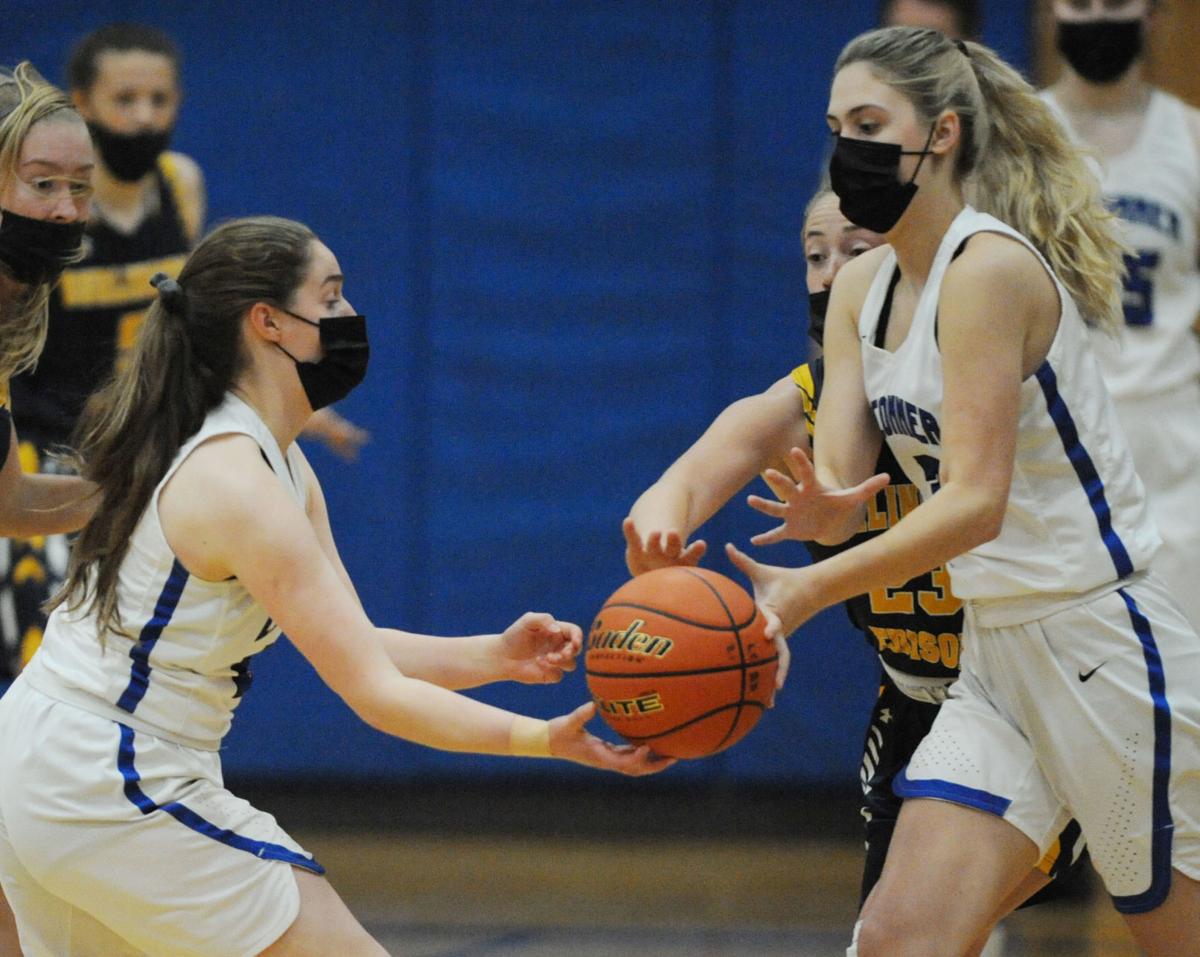 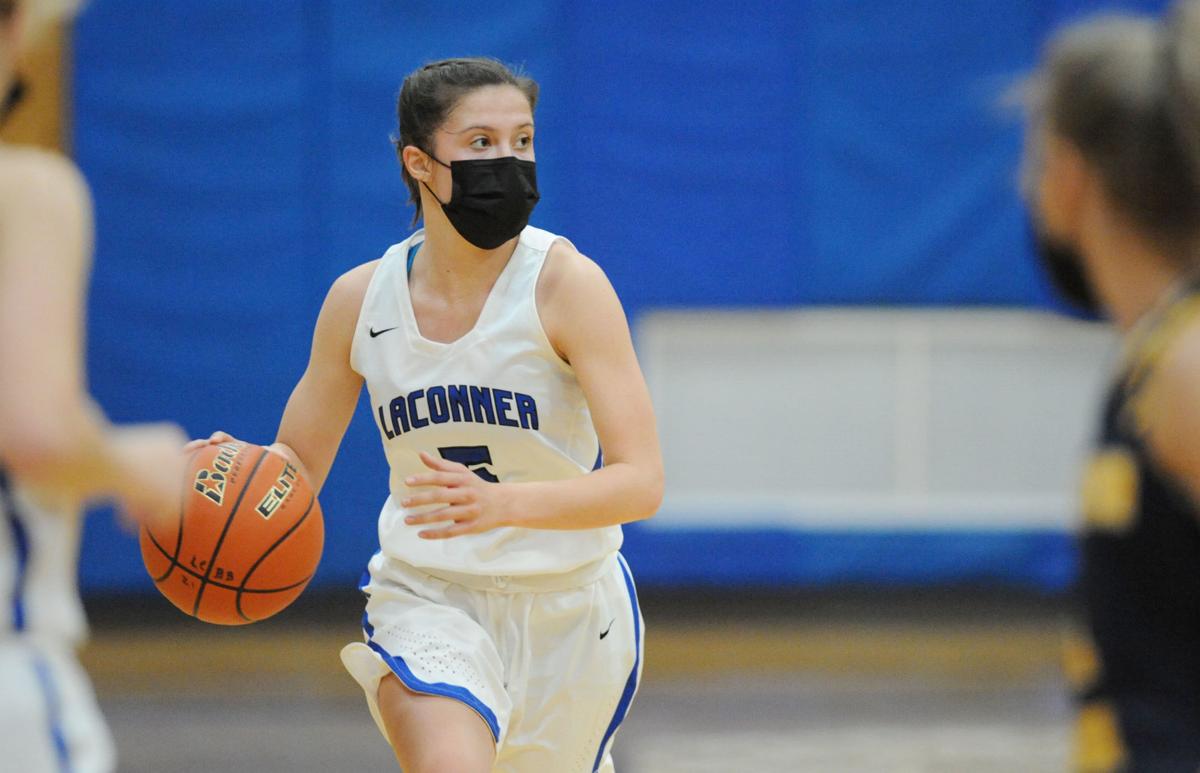 La Conner's Juna Swanson looks over her options against Burlington-Edison on Tuesday in La Conner. 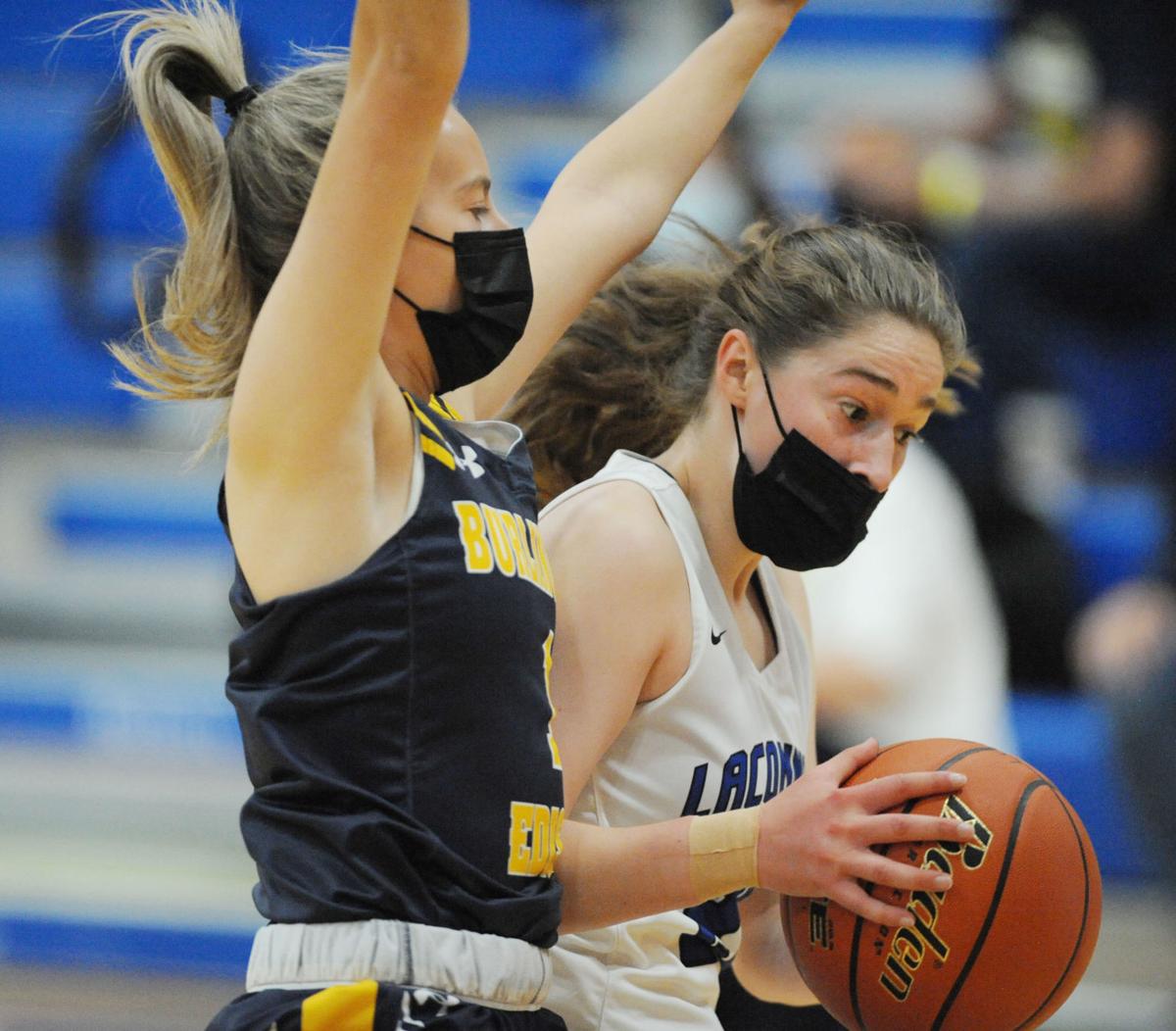 La Conner's Ellie Marble works her way toward the basket against Burlington-Edison's Gabriella MacKenzie on Tuesday in La Conner.

Burlington-Edison's Emma Smith brings the ball up the court Tuesday in La Conner.

La Conner's Juna Swanson looks over her options against Burlington-Edison on Tuesday in La Conner.

LA CONNER — In Tuesday's clash of local teams that don't often play each other, the Burlington-Edison High School girls' basketball team came out on top.

Sydney Reisner scored a team-high 16 points, Gabriella MacKenzie had eight points and 12 rebounds and Miranda Maskell and Emma Smith scored 13 points each as the Tigers got past La Conner 65-61.

Playing in different classifications and leagues, the Braves and Tigers aren't often found on the same court. La Conner coach Scott Novak was glad they could be on Tuesday.

"It was a fun game between the two top girls' teams in Skagit County," he said. "Our girls have been playing against most of the Burlington girls since elementary school and with some of them on local select teams, so it was nice for them to get to compete against each other in a high school game."

Juna Swanson had 18 points, seven assists and four rebounds for the Braves (9-1), and Ellie Marble had 16 points and nine rebounds. Sarah Cook had an 11-point, 12-rebound effort, and Josie Harper added 11 points and five rebounds.

DARRINGTON — Concrete earned a win, and Kylie Clark earned a place in the record books.

Clark set a Lions record for most 3-pointers made in a game with seven. She went 7-of-17 from beyond the arc to break the previous record of six on her way to a 26-point night.

BLAINE — Connor Anderson scored 19 points to lead four players in double digits and the Tigers won their third game in their last four with the road win.

"We've won three of our last four because guys are playing for each other and trying to get others involved. It's been fun to watch our team grow this season," Tigers coach Chas Kok said.

DARRINGTON — Josh Jolly scored 25 points to lead the Braves (6-5) to the narrow victory on the road.

"Tonight we ran into a very ready Lynden team who came out ready to avenge their loss the night before to King’s," Valentine said. "Everything was hard for us. We had no easy shots and the ones we took were uncomfortable shots."

SEDRO-WOOLLEY — A game-high 25 points from Jerome Mathias wasn't enough for the Cubs (1-8) to get past the Trojans.

The game was tied 29-29 at half and Sedro-Woolley led 52-44 at the end of three quarters. But in the final frame, Meridian outscored the Cubs 18-5 to secure the victory.

MOUNT VERNON — The Tigers were nipped in the matchup at Skagit Valley College.

"There were a lot of super close matches today and we really battled tough with Squalicum. They have a lot of tough players on the singles side, but I was really impressed with how my guys dug deep and really competed tough," Tigers coach Ryan Wallace said.

"He really did a nice job adjusting his shots to match the play of a very consistent opponent. Donovan has really hit his stride and has played extremely well over the last few matches," Wallace said.