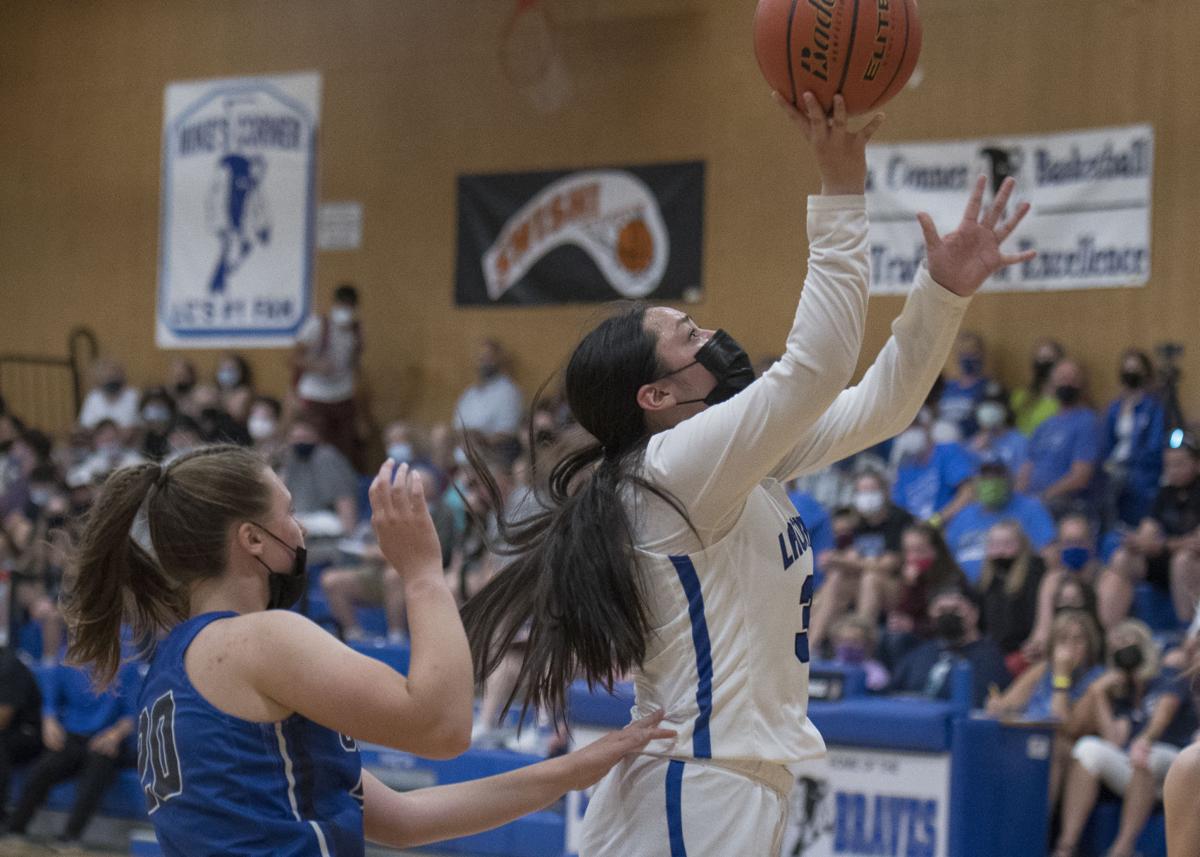 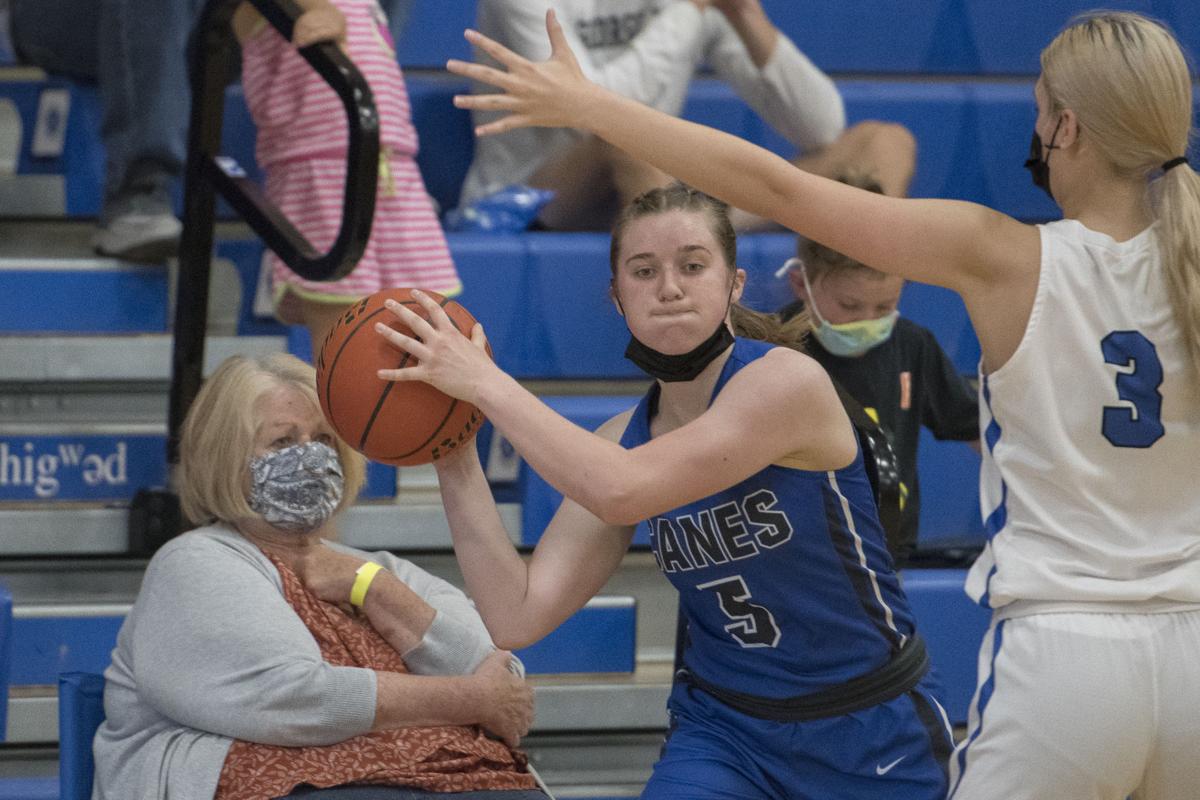 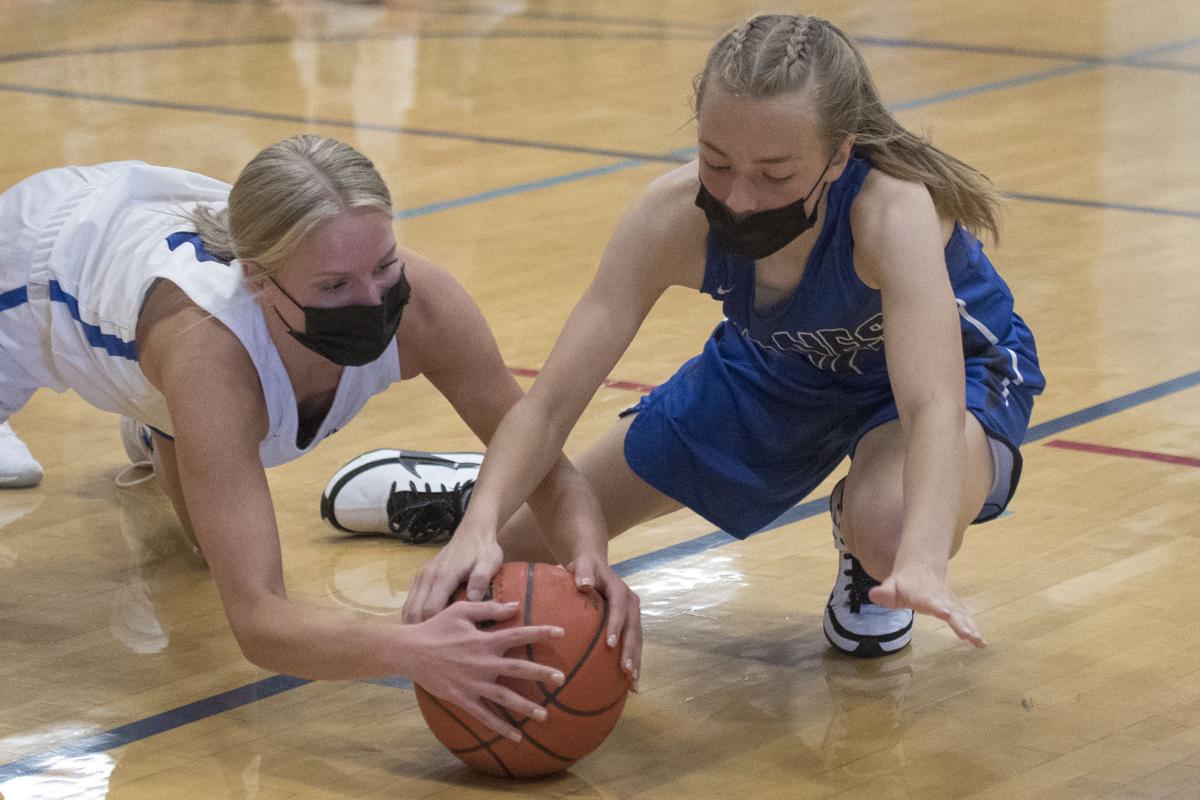 Ellie Marble finished with 14 points and 15 rebounds for the Braves. Josie Harper and Sarah Cook each scored 13 points.

"We were tight to start and missed open layups," said Mount Vernon Christian coach Jeff Droog. "Their ball pressure forced some turnovers and led to some easy things in transition. They also beat us on the boards."

"You need to finish defensively with rebounds and offensively with makes versus good teams and we did not do either very well," Droog said. "I was pleased with our response and second-half effort."

ANACORTES — The Seahawks edged the Bulldogs as the visitors missed a 3-point shot at the buzzer.

"We overcame a six-point deficit at halftime," said Anacortes coach Nathan Dunham. "We did a good job of blocking out and rebounding throughout the game."

A big reason the Seahawks were able to overcome that deficit was the play of Camryn Kerr, who scored nine of her game-high 20 points in the fourth quarter.

"Reese Morgenthaler did a really good job of containing their point guard," Dunham said, "who was penetrating at will against us the first three quarters."

BELLINGHAM — The Tigers got 13 points from Emma Smith, 11 from Sydney Reisner and 10 from Gabriella MacKenzie in improving to 5-2.

SEDRO-WOOLLEY — Leelee Sansavere and Julie Brown each scored seven points for the Cubs (0-7).

LA CONNER — Big first and third quarters by the Hurricanes allowed the visitors to survive a furious comeback late in the game by the Braves.

The Hurricanes (5-2) came out strong as Julian Pedrosa hit a pair of 3-pointers in the first quarter to set the pace as Mount Vernon Christian enjoyed a sizable lead heading into the fourth quarter.

The Braves (3-4) fought back to within eight with just under three minutes left in the game.

Davis Fogle, who led all scorers with 23 points, and Xander Hoksbergen both hit key free throws down the stretch for the Hurricanes.

"La Conner always plays fast and aggressive full-court and half-court defense," said Mount Vernon Christian coach Pat Russell. "I thought we handled the pressure well with a mixture of scoring both inside and outside. Our on-ball defense was the key to tonight's win."

MOUNT VERNON — The Tigers came away with the victory on the Skagit Valley College courts.

"Donovan had a particularly impressive match where he really had to strategize," said Burlington-Edison coach Ryan Wallace. "He has really been playing well over the past few weeks, so it was great to see him secure the win."

BELLINGHAM — The Red Raiders topped the Bulldogs in a Northwest Conference matchup.