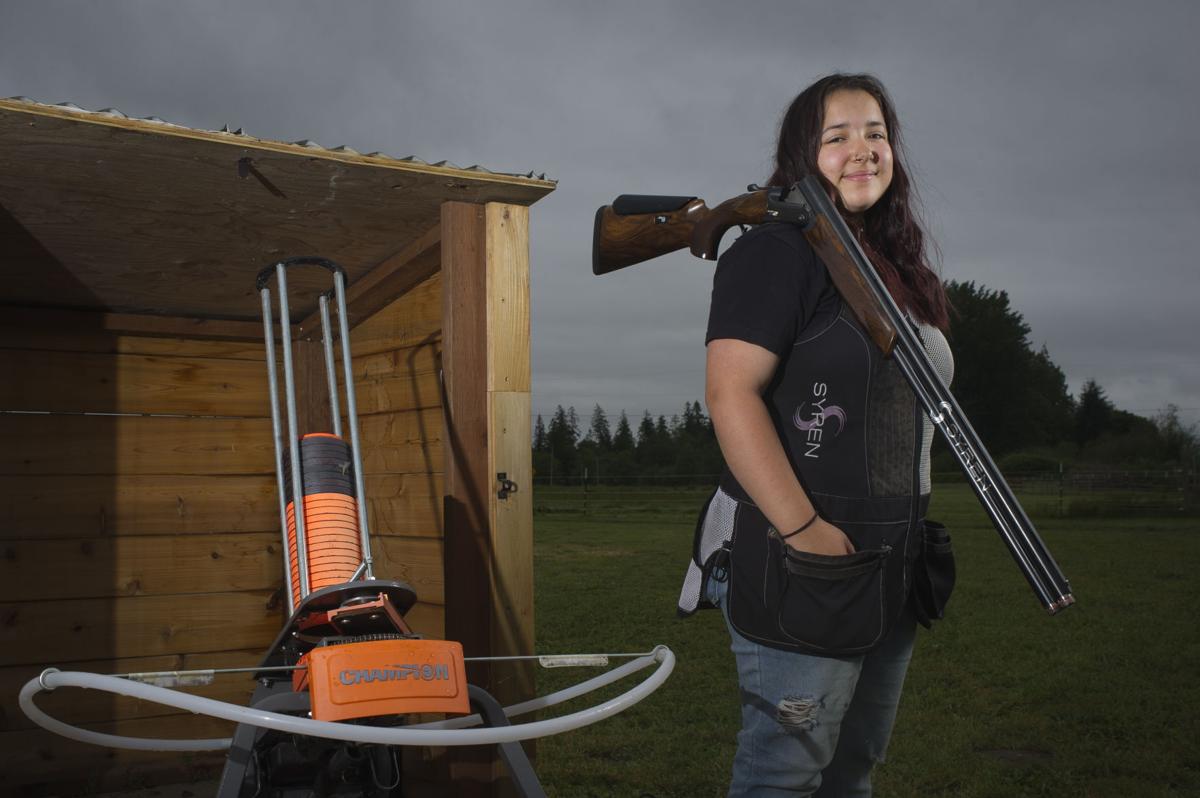 Christina Wilson, a 15-year-old trap and skeet shooter, poses for a portrait Monday in her grandparents’ yard on Fir Island. 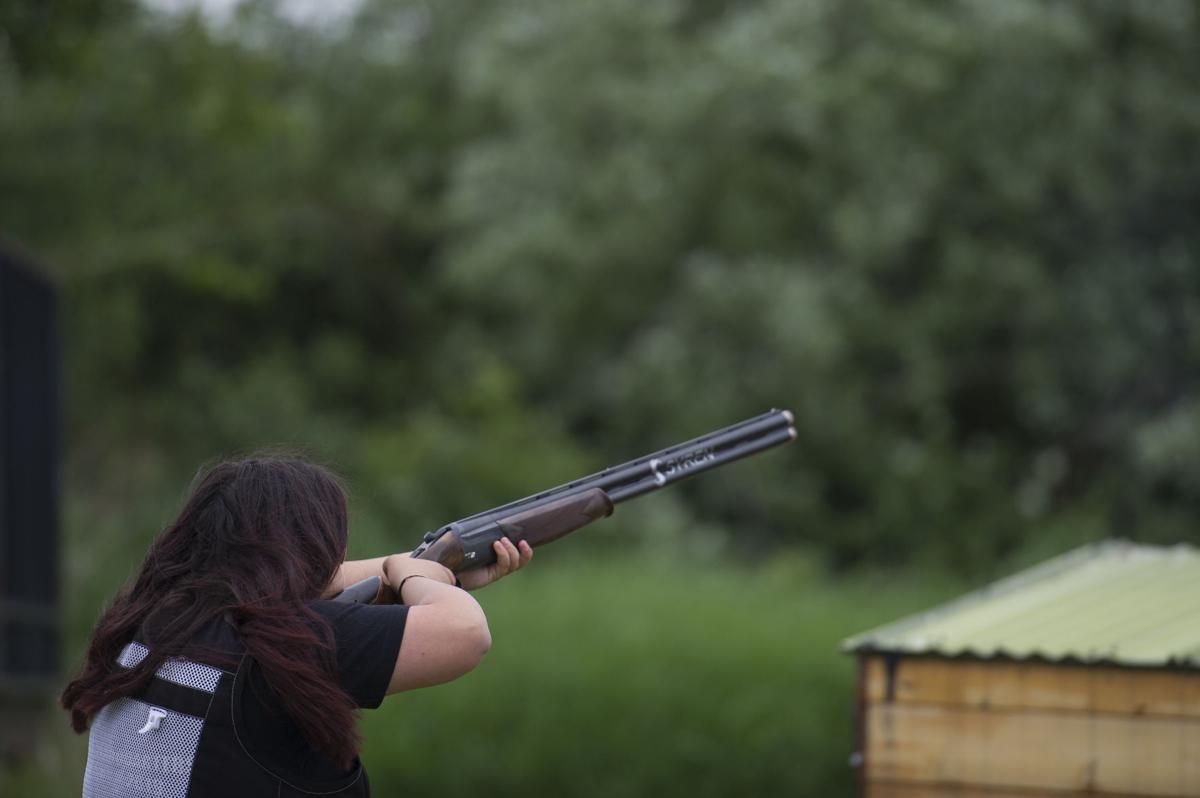 Christina Wilson, a 15-year-old trap and skeet shooter, shoots at clay pigeons Monday in her grandparents’ yard on Fir Island. 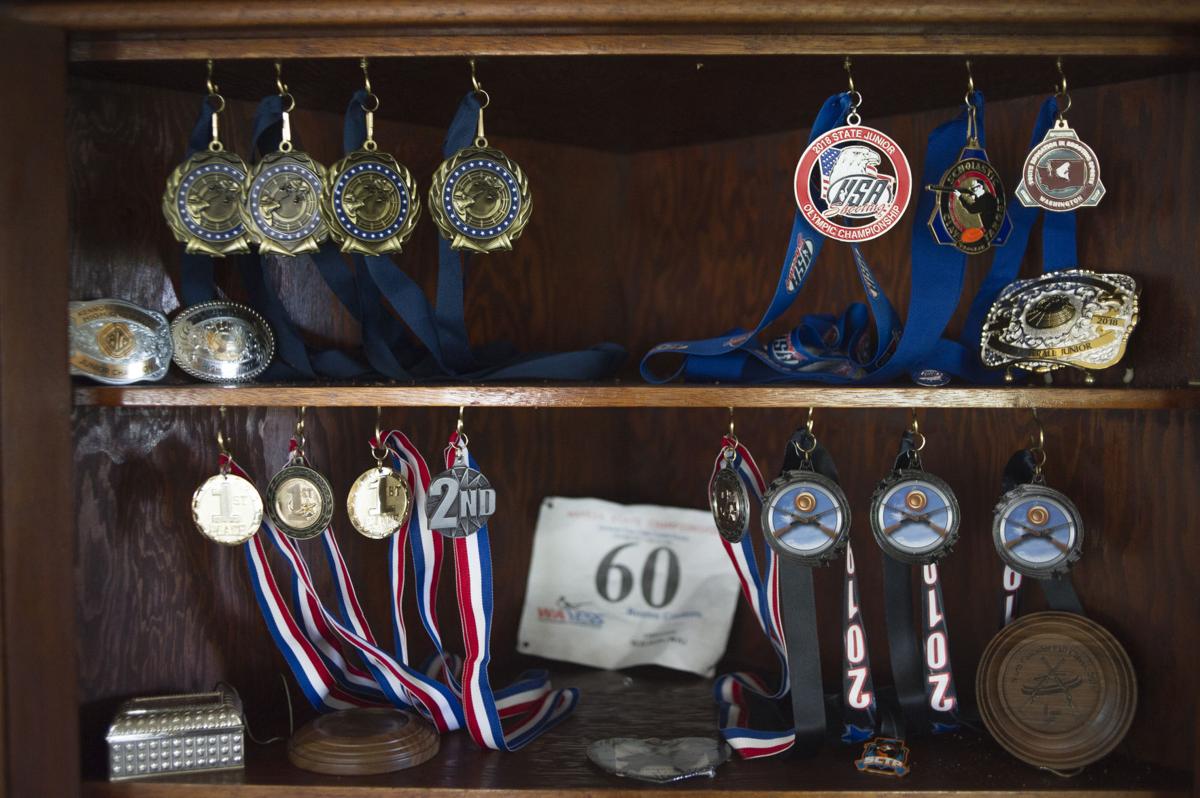 Medals and other awards won by Christina Wilson are displayed in her grandparents’ home Monday on Fir Island. 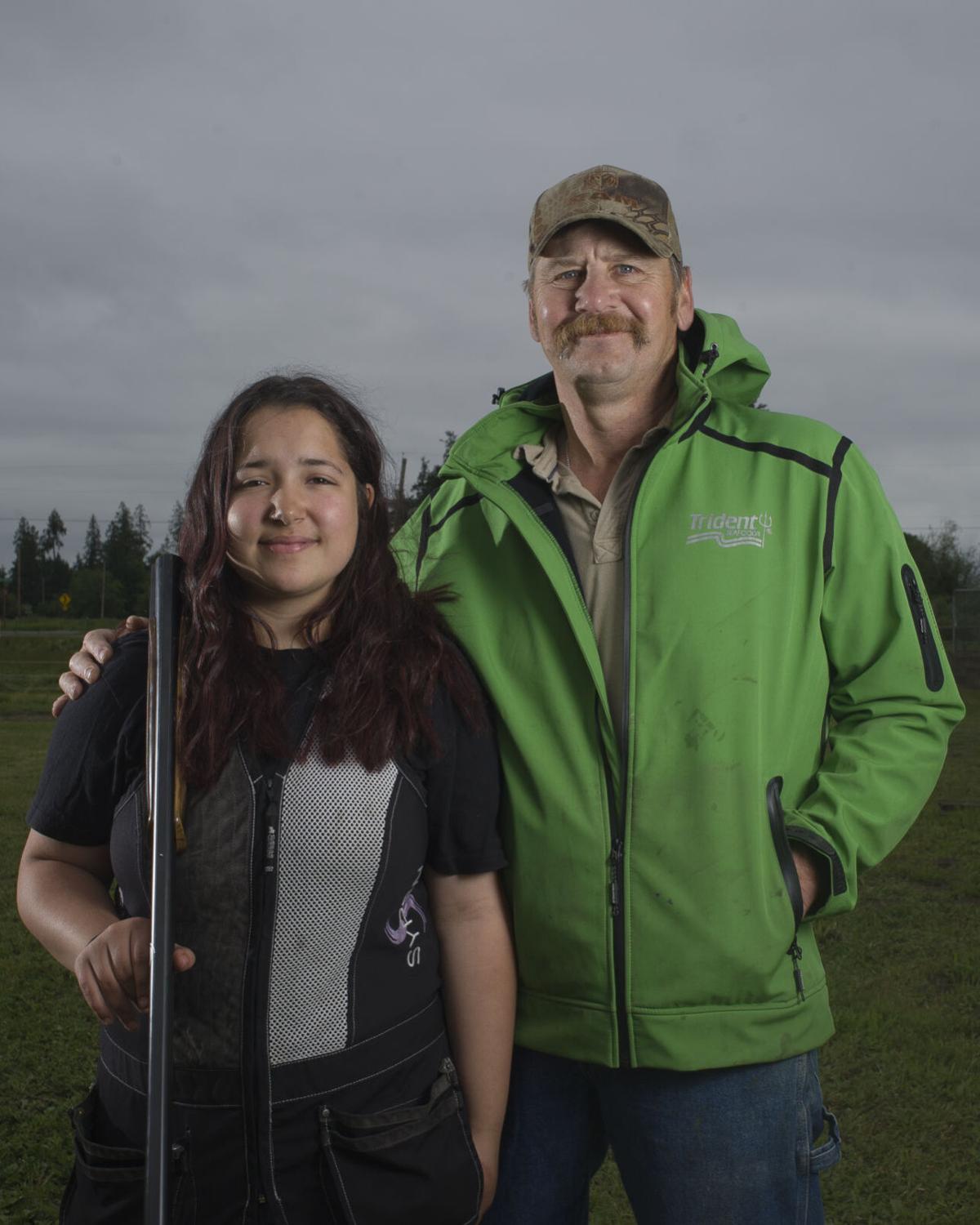 Christina Wilson, a 15-year-old trap and skeet shooter, poses for a portrait Monday in her grandparents’ yard on Fir Island.

Christina Wilson, a 15-year-old trap and skeet shooter, shoots at clay pigeons Monday in her grandparents’ yard on Fir Island.

Medals and other awards won by Christina Wilson are displayed in her grandparents’ home Monday on Fir Island.

Moments after taking flight, the targets were in the sights of 15-year-old Christina Wilson. And following a smooth squeeze of the trigger of her customized, 12-gauge, Fabarm Syren Elos N2 Sporting Shotgun, the clay birds shattered one after another.

“I am pretty nervous,” said Wilson, who attended Conway Elementary School but now lives in Everett. “But at the same time, I am really excited.

“Everyone there is going to be good. I mean, it’s the nationals. I just want to come home with something. No matter what, it’s going to be a good experience.”

As far as which shotgun discipline she likes best, Wilson didn’t hesitate in saying skeet.

“It’s more moving targets,” she said. “I just find it more enjoyable. Trap shooting is just slower paced, and you know it’s going to be within a certain perimeter.”

Wilson, a Marysville-Pilchuck High School sophomore who carries a near-perfect GPA, wants to be a game warden.

“I started when I was little with my grandparents, learning all about gun safety,” she said. “I’ve been shooting competitively since I was 12. I competed here (Skagit County) in P.I.T.A (Pacific International Trapshooting Association) events.”

Though she often drives south to practice with her team, the Renton Fish & Game Club Crushers, Wilson spends time on Fir Island shooting on her grandparents’ property.

She also practices at the Marysville Rifle Range with her coach, Todd Staley, who Wilson credits with spurring her on.

“It all got started after she took hunter’s education and started to hunt with us,” said Brian Miller, Wilson’s grandfather. “Then she really got into it.”

And that passion continues to grow.

“This year, we were really focused on qualifying for nationals,” Wilson said. “I finished second at state this year by one bird (363-362), so I didn’t get to come back from Spokane with the big trophy.”

It has taken a ton of practice for Wilson to get to this point. That, she said, is the key.

“Practice really does make you perfect,” Wilson said. “Lately, I have been practicing every chance I get.